MacroBusiness covers Australian banks from the perspective of their macro-economic role, as political economy actors, as investment propositions and in terms of financial stability and capital adequacy. Australian banks have played a crucial role in inflating the Australian property bubble, exist within an utterly privileged position as “too big to fail” institutions and operate within a deeply distorted financial architecture that has Australian tax payers well and truly on the hook in the event of trouble. MacroBusiness seeks to define this role for investors as well as change it in the name of the Australian national interest. Ahead of the anticipated announcement of the Federal Governments trashing of responsible lending laws by moving oversight of financial lending from ASIC to APRA, Gunnamatta spoke with David Llewellyn-Smith and Leith van Onselen about the implications of the move, and how this positions the Australian economy.  The sound is a touch raw, and the discussion If you want a prime example of why Australia is the property equivalent of a narco state, read on below. We are only around 18 months out from the Kenneth Hayne banking royal commission, which lambasted Australia’s banks for irresponsible lending. Yet Treasurer Josh Frydenberg has amazingly announced the scrapping of responsible lending laws: Responsible Via Banking Day: Small lenders have hit out at the Reserve Bank’s access rules for its Term Funding Facility, arguing that it is delivering a big funding “free kick” to the major banks at the expense of competition in the home loan market. Under the A$200 billion funding program set up in March to help Via APRA in a letter to ADIs: APRA has received and completed its review of all ADI comprehensive plans for the assessment and management of loans with repayment deferrals, provided in response to APRA’s 9 July letter to all ADIs. Where applicable, any entity-specific feedback, or clarifying questions have been facilitated by APRA’s supervisory teams. APRA acknowledges Evans & Partners’ Matthew Wilson is particularly critical of allowing banks to treat frozen loans as performing until 31 March 2021. Wilson claims the decision to “amend, extend and pretend” is not just delaying the inevitable but also making the eventual hangover worse. He also believes repayment holidays have contributed the phenomenon of “ghosting”, whereby According to Richard Gluyas at The Australian, Australia’s major banks have deployed more staff to their financial hardship units as loan deferral periods for mortgage and small business customers begin to wind down. The banks are also anticipating a sharp rise in loan defaults as government stimulus measures begin to be scaled back. National Australia More capital from the Aussie ponziteers: The Reserve Bank’s – Te Pūtea Matua – latest stress test of New Zealand’s banks illustrates the benefit and necessity of shoring up bank capital in the good times to provide resilience. The COVID-19 pandemic has demonstrated that large shocks can occur with very little warning. “The onset of A nice post from Chris Joye at Livewire: I was recently asked whether it is really true that the AA and AAA rated state governments are having to pay materially more to raise capital to fund their budget deficits than Australia’s banks, which all have lower credit ratings—and in many cases substantially lower ratings in

Australian Bankers Association (ABA) CEO, Anna Bligh, last week announced that banks would commence “the largest ever customer contact process in the industry’s history” as it seeks to contact around 400,000 customers that have deferred repayments on around $167 billion worth of mortgages. According to The AFR, one in five deferred mortgage customers have “ghosted” Via Fitch: Pandemic Pressures ABS Performance Record High Delinquency:Both 30+ and 60+ day quarter-end arrears reached record highs of 2.7% and 1.7%, respectively, by end-2Q20. The increase in delinquencies reflects the impact of the coronavirus pandemic on individual borrower and business income; payment assistance provided by lenders has been mitigating some of the impact on Mortgage forbearance doesn’t come cheap. Via Banking Day: The prospects of real wage growth for thousands of workers in the financial services sector are waning after Commonwealth Bank stumped up a low-ball pay offer in its current round of enterprise bargaining talks. The Finance Sector Union has rejected the bank’s offer which provides for rises

Economist Jason Murphy believes that the mortgage repayment cliff will hurt the housing market and economy in one of two ways: It will drain the economy of household disposable income; and It could lead to a significant number of forced sales, driving property prices lower. From News.com.au: In the next few weeks 450,000 Aussies will 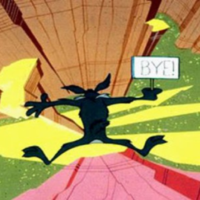 The Australian Prudential Regulatory Authority (APRA) has updated its loan deferral data, which reveals that repayments on $240 billion worth of loans were deferred in July, including $167 billion of mortgages: In numbers terms, repayments on 414,430 mortgages (7% of housing facilities) were deferred in July, representing 9% Australia’s outstanding mortgage stock. This is a

CoreLogic’s head of research, Eliza Owen, believes concerns surrounding the ‘mortgage cliff’ are exaggerated: COVID-19 exacerbates the risk that high housing debt has to the Australian economy. In the March quarter, the ratio of household debt to annualised household disposable income sat at near-record highs of 142.0%. With widespread unemployment, there is increased likelihood borrowers The Dinkum Index from Fitch: Fake, of course. Arrears are all piled into forbearance loans. Via Banking Day: APRA has made further regulatory adjustments to the capital treatment of loans to customers affected by COVID-19. These include provisions covering loans subject to more than one restructure and the extension of concessional capital treatment to loans

According to APRA, repayments on $195 billion of mortgages had been deferred as at August, representing 11% of Australia’s total mortgage loan book. With a significant chunk of these borrowers still experiencing financial stress, and likely to seek further relief from mortgage repayments, there are concerns that Australia’s banks may take the opportunity to jack-up A few months back, the Morrison Government expanded its ‘corona loan’ scheme designed to get cheap government-backed money into the hands of struggling small to medium-sized enterprises (SME): Small employers will be given greater access to a $40 billion loan scheme to help them through the recession when the federal government overhauls its flagship JobKeeper Via the AFR: Mr Comyn told a parliamentary committee the pay-in-four instalment model pioneered by Afterpay would trigger more competition, after US giant PayPal entered the market last week, sinking share prices across the high-flying ASX sector. …”I see the potential for [instalment] offerings to be competed away, or to evolve,” he said. Queensland Liberal Via Evil Anna: Australia’s banks supported their customers as the country entered the COVID-19 pandemic and they continue to support them on the way out. As the initial wave of 6-month loan payment deferrals come to an end, banks have begun to contact customers for their 6-month assessment and to discuss the next stage of

ANZ CEO Shayne Elliott believes Australia’s banks won’t feel the full impact of the COVID-19 recession until loan repayment holidays and emergency income support expires next year: ANZ has provided deferrals to property loans to the value of $31 billion, or about 10 per cent of its home loan book… [But] Elliott says the bank’s More than half of experts and economists surveyed by Finder believe that Australia’s banks will lift variable mortgage rates next year out of cycle with the Reserve Bank of Australia (RBA): When asked when Aussies could expect banks to make the move, half of the respondents said banks were likely to announce out-of-cycle rate hikes Via CoreLogic weekly indicators. Leading mortgages for owner-occupiers have no pulse, down materially year on year and flatlined: Weak listings are some support for prices but for how long as we go over the fiscal and prudential cliffs: Does anyone doubt that if the RBA had any kind of power left in the monetary defibrillator I noted last week how the Australian Prudential Regulatory Authority (APRA) had abandoned its responsible mortgage lending case against Westpac amid pressure from the heads of the RBA and Treasury, who warned that continuing would cripple Australia’s economic recovery post COVID-19. Today, ASIC chairman James Shipton has confirmed that the regulator does not want to The Reserve Bank of Australia (RBA) has released its private sector credit aggregates data for the month of July 2020, which reveals that mortgage growth continues to hover near record lows: A chart plotting the long-run time series is shown below: Overall mortgage growth was 3.1% in the year to July, a fraction above all Via ABC comes one of Australia’s best bank analysts: Australians have more money invested in bank stocks than any other stocks, either directly or indirectly, but leading bank analysts suggest a rethink on whether that is the best place to have your money parked. Jefferies’ Brian Johnson likens the Australian economy, and by proxy the