Liberal MP Julian Leeser, who chairs a parliamentary committee looking into skilled migration, appeared on Sky News (video below) where he argued that flights and quarantine places should be reserved for skilled migrants “to get businesses moving again”: “I think there is a strong view among business that it [the skilled visa system] has become The Australian Bureau of Statistics (ABS) yesterday released its regional population statistics for the 2019-20 financial year, which revealed that Australia’s capital cities grew in population by 245,300 (1.4%), driven by net overseas migration of 162,800. The next table shows the population break-down across the capitals, with Melbourne (+80,088) leading the nation’s population growth in For years we have heard Australian employer groups and the federal government complain of skills shortages, which has then been used as a fig leaf to maintain a strong immigration intake. The most recent example came earlier this month when Liberal MP Julian Leeser, who chairs a parliamentary committee looking into skilled migration, claimed that

A new report from the Committee for Economic Development of Australia (CEDA) shows that nearly one quarter of Australia’s ‘skilled’ migrants are working in jobs below their qualification level, with migrant accountants, civil engineers and chefs among those least likely to find work in their nominated occupation. Anecdotally, this has led to many ‘skilled’ migrants A few weeks back, CBA’s economics team released a detailed report explaining why lower levels of immigration will lift Australian wages growth by reducing labour supply and increasing worker bargaining power: The capacity of employees to negotiate pay rises is impacted by the level of slack in the economy. But it is also influenced by

This week we witnessed Australia’s hospitality industry lobby the federal government to give it greater access to migrant workers. It began when Restaurant and Catering Industry Association of Australia (R&CA) chief executive Wes Lambert was quoted in The AFR supporting the government-led Joint Standing Committee on Migration’s recommendations to allow Australian businesses easy access to Last week, the Coalition-led Joint Standing Committee on Migration recommended radical reforms to Australia’s skilled visa system to make it much easier for businesses to bring foreign workers into Australia. In a nutshell, the recommendations included: Watering down or abolishing labour market testing requirements. Lowering business costs and speeding up approval times for importing foreign For years we have seen abundant evidence of temporary migrant workers being ruthlessly exploited on Australian farms. Over the past year, we have also witnessed the horticultural industry incessantly complain that Australia’s closed international border is causing acute labour shortages, despite these same farms refusing to employ locals because they must be paid a legal A few weeks back, Prime Minister Scott Morrison flagged that the federal government would restore Australia’s mass immigration program at the earliest possibility, noting that temporary migrants would be imported to fill jobs that locals supposedly don’t want to do: “We must re-look at the role that temporary visa holders play in meeting our economy’s It’s official. Australia has recorded its first quarterly decline in its resident population since World War 1 in 1916. Yesterday’s population data for the September quarter of 2020 revealed that Australia’s population declined by 4,200 people on the back of a heavy 34,800 loss of net overseas migrants: All major jurisdictions experienced negative net overseas Simon Kuestenmacher is Director of Research at The Demographics Group and is described as “a rising star in the world of demography”. The Demographics Group is the private enterprise headed by self-proclaimed “unabashed supporter of a bigger Australia” Bernard Salt, who has spent years lobbying for mass immigration. Kuestenmacher has been frequently cited in the mainstream

Last week, Cairns’ Hospital was thrown into a ‘code yellow’ emergency after receiving an influx of COVID infected patients from Papua New Guinea (PNG). The six PNG patients had flown in to work as seasonal farm labourers and became infected while quarantining. Over the past month, COVID-19 infections have rocketed in PNG (see below chart),

The Australian Bureau of Statistics (ABS) yesterday released Overseas Arrivals and Departures data for January, which confirmed that net migration into Australia remains negative. There have been 20,800 net permanent & long-term departures since the pandemic hit in March 2020, representing the first time net arrivals have been negative since the series first began in

For years we have argued that Australia’s international education industry is really an immigration scam, whereby migrants effectively purchase access to work and live in Australia by studying at an Australian institution. The immigration scam has been developed jointly by the federal government and education industry via: The federal government offering the most generous work

The Australian’s Patrick Commins has penned a ludicrous article claiming that Australia needs to quickly reboot its mass immigration program to ease “unprecedented” skills shortages and fuel the nation’s economic rebound. The article is centred around claims from Liberal MP Julian Leeser that Australia is “facing a shortage of skilled labour almost unprecedented in our The Morrison Government on Friday released a 327-page report from the National Agricultural Labour Advisory Committee, which explicitly admitted that the agricultural industry’s overreliance on cheap migrant labour is bad for productivity and unsustainable: Australia’s main competitors in agriculture are either ahead or running very close. In many ways, Australia is at a crossroads. Either According to The AFR, Prime Minister Scott Morrison will use today’s AFR Business Summit to announce a reboot of Australia’s immigration program that will use temporary visas to fill roles in lower paid professions like nursing and aged care: [Morrison] suggests that once migration resumes, it will be adjusted to meet the needs in areas of Last year, I rudely claimed Professor Ross Garnaut had joined the “Big Australia Dills” after he was reported in The AFR as stating that Australia should return “immigration to pre-pandemic levels”. In response, I argued that the mass immigration ‘Big Australia’ policy had damaged the Australian economy and living standards by: Crush-loading infrastructure across Australia’s Suncorp Group chair Christine McLoughlin has called on the federal government to expedite the opening of Australia’s international border. She claims that businesses are suffering from the ban on international visitors, such as international students, migrant workers and tourists. She also claims that the economy will suffer from having a smaller, older population: “We’ve got Since the coronavirus pandemic struck last year, shutting Australia’s international border, we have heard incessant pleas from farmers to allow migrant fruit pickers into the country. We are told that without these migrant workers, fruit will shrivel on the vine and vegetables will rot on the fields, leaving farmers deeply out of pocket financially and Last year, Labor’s immigration spokesperson Kristina Keneally controversially called for Australia to cut immigration to “put Australian workers first”: “The post-COVID-19 question we must ask now is this: when we restart our migration program, do we want migrants to return to Australia in the same numbers and in the same composition as before the crisis? Our 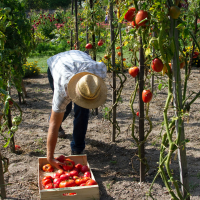 Over the weekend, Apple & Pear Australia CEO, Philip Turnbull, warned that a labour shortage means that some of the 2021 crop may not be harvested. He noted that the number of fruit pickers being recruited by growers remains well below the estimated requirement of about 20,000 and called on the federal government to change It seems like an obvious and non-controversial statement: in developed nations with low birth rates, immigration is the key driver of household formation and structural housing demand. Immigration should, therefore, be front-and-centre of policy makers’ minds when attempting to solve shortages in housing and/or affordability concerns. Strangely, however, policy makers and commentators tend to ignore Big business and the federal government are softening Australians up for a quick return to mass immigration once the COVID-19 pandemic passes. The Morrison Government has already convened an inquiry into Australia’s skilled migration program, which will be headed by the Liberal Party’s Julian Leeser. A key component of this inquiry will look at what Only a week ago, Victorian Premier Daniel Andrews called on the federal government to reduce the number of international arrivals into Australia to relieve pressure on state quarantine systems amid new highly infectious virus strains and regular outbreaks: “With this UK strain – and we haven’t even got on to South Africa yet, because it’s Yesterday, the Australian Bureau of Statistics (ABS) released Overseas Arrivals and Departures data for December, which confirmed that net migration into Australia has swung sharply negative. Australia has lost nearly 19,000 net permanent & long-term arrivals since the pandemic hit in March 2020 – the first time net arrivals have been negative since the data