Via Magellen: ‘il Boom’ is how Italians describe the ‘great transformation’ of Italy over the 1950s and 1960s when a poor country turned itself into a modern industrial powerhouse with a stable currency, the lira. During those decades, rural southern Italians flocked to the industrial north and their cheap labour helped turn Italy into an Via the FT: A closely watched gauge of stress in the eurozone’s financial system has climbed to its highest level since 2012, a sign that the coronavirus crisis has pushed up borrowing costs for banks in the currency bloc. Analysts said the rise in Euribor — a measure of the interest rates that euro area Via the BBC: The coronavirus pandemic has exposed deep divides in Europe, with EU member states arguing over how to tackle the economic fallout. Italy and Spain have accused northern nations – led by Germany and the Netherlands – of not doing enough. Spanish Prime Minister Pedro Sánchez has even warned that if the EU One of the components of MB’s ongoing COVID-19 base case, a second-round financial crisis, is a European banking bust. A part of that is loan losses for a very unprofitable sector. Another part is the so-far failed fiscal integration of the Eurozone, which presents massive fiscal stimulus risks, and bank bailout uncertainty as the COVID-19

Maybe. Via Bloomie: German Chancellor Angela Merkel said she’s ready to consider joint debt issuance to help contain the impact of the coronavirus, an opening that could transform the finances of the European Union. The idea was raised by Italian Prime Minister Giuseppe Conte on a video conference between the 27 EU leaders on Tuesday, 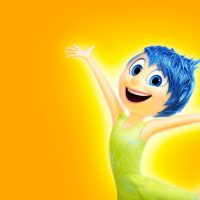 Via FTAlphaville: In the first of what we imagine will be many targeted fiscal policies to alleviate the economic stress from the Coronavirus panic, news from quarantined Italy this Tuesday morning. Via the FT’s Miles Johnson: Italy’s deputy finance minister has said the government will suspend mortgage payments and other household bills across the entire country 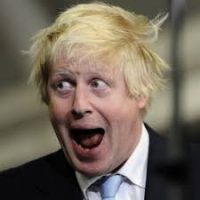 GaveKal on Brexit: Until last week there were so many permutations of Brexit that efforts to foresee events beyond the next political deadline were doomed to failure. This changed abruptly on Thursday after a meeting between Boris Johnson and Irish Prime Minister Leo Varadkar unexpectedly produced the outline of a Brexit deal, more or less

Via The Guardian: Universities are not adequately responding to the growing risk of China and other “autocracies” influencing academic freedom in the UK, the foreign affairs select committee has said. The report, rushed out before parliament is suspended pending the election, finds “alarming evidence” of Chinese interference on UK campuses, adding some of the activity seeking

Via Westpac: The October ECB meeting saw policy left unchanged. This is no surprise given the stimulus package announced at the September meeting and that the October meeting does not involve macroeconomic projections. In addition, the ECB’s cautious assessment of the economy was also left unchanged. Accordingly, the focus of October’s press conference centred on 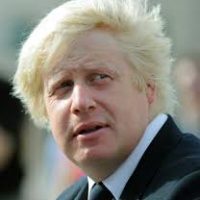 Via UBS: Brexit crossroads: Possible paths ahead and their impacts on assets Things have been very fluid in the last 24 hours, but we believe markets still ascribe a low probability to a Brexit deal by end-October. Beyond that may loom new negotiations and elections, potentially a final turn in the Brexit saga. The consequences 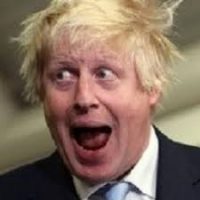 Via the BBC: Conservative MP Phillip Lee has defected to the Liberal Democrats ahead of a showdown between Boris Johnson and Tory rebels over Brexit. Dr Lee, the MP for Bracknell, took his seat on the opposition benches as the PM addressed the Commons. His defection means Boris Johnson no longer has a working majority.

Via Wolfgang Munchau: The gloves have come off on both sides. MPs are now plotting a strategy to take total control of the House of Commons, and anti-Brexit Lords have devised a strategy to frustrate a filibuster. The important question is not whether a legislative route is theoretically possible within the time limits – we 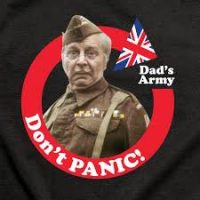 Waleed Ali is clutching at his Brexit pearls today: This trick of rebuilding globalisation through lots of new bilateral agreements is really designed to preserve the mythology of national sovereignty: to say Britain will remain in the global economy, but on its own terms. Sure, that’s a bit false, since free trade agreements typically require Via the excellent Damien Boey at Credit Suisse: Overnight, markets were spooked by deteriorating economic data and broad-based inversion of yield curves among the developed markets. The risk-off phase started with weak Chinese data, and was reinforced by weak European data. In 2Q: German real GDP shrunk by 0.1%, the second quarterly contraction within the 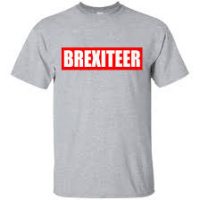 What a gale of fresh air is Adrian Blundell-Wignall, blowing aside Aussie group think with ease. As a doyen at the OECD he repeatedly warned about Aussie property bubbles and the failure to address the trade war. Since returning home, he has caned the houses and holes growth model and warned that China is going

Via FTAlphaville: Happy Friday Berlin! The entire German yield curve is now trading below zero: Which means if the government was to issue new bonds maturing up to thirty years from now, it could — barring a chronic deflation — expect to pay less to service the debt than it cost to borrow in the 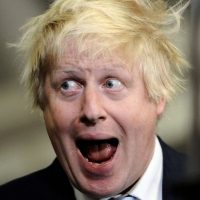 Via the FT: The UK chancellor of the exchequer, Sajid Javid, is preparing to announce more than £1bn in increased funding for a no-deal Brexit after Michael Gove, the minister in charge of no-deal preparations, said such an exit was a “very real prospect”. A person familiar with Mr Javid’s thinking said that, while the

Interesting stuff out of Brussels today. First, The Guardian: Brussels has roundly rebuffed Boris Johnson after he laid down tough conditions for the new Brexit deal he hopes to strike over the summer. Speaking to the House of Commons for the first time as prime minister on Thursday, Johnson reiterated his campaign pledge of ditching They’ll be rooned, says News: Setting aside the fact that just 160,000 members of the Conservative party will ultimately decide who will secure Britain’s exit from the EU, the new leader will find themselves in much the same position as that which forced Theresa May to quit. The conundrum is this: Theresa May negotiated a 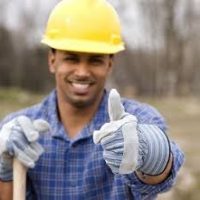 It ain’t rocket surgery, via the BBC: Wage growth in the UK accelerated to 3.6% in the year to May 2019, the highest rate since 2008, according to Office for National Statistics figures. Wages have been outpacing inflation since March 2018. A record high of 32.75 million people were in employment up to the end of

Via VOX: The race to replace outgoing British Prime Minister Theresa May has officially begun. Ten candidates are now vying to be the next leader of the Conservative Party and the future prime minister of the United Kingdom. Whoever wins the crowded contest will be faced with the daunting task of trying to finalize the UK’s break up with Via The Guardian, the trend away from major party globalists continues in the European Parliamentary Election: Turnout across the EU has hit a 20-year record high of 50.5%.The last time voter participation was above 50% was in 1994 (when it was 56.6%). Some of the biggest increases in turnout were in Hungary, Romania and Spain. by Chris Becker Mark your calendars traders and investors alike, because its going to get biz-ay around mid-March. From the BBC: Theresa May has promised MPs a vote on delaying the UK’s departure from the EU or ruling out a no-deal Brexit, if they reject her deal next month. Mrs May made a statement to 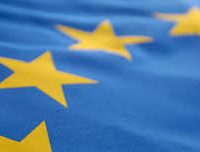 More great stuff from the excellent Damien Boey today: European growth has slowed sharply in recent quarters. In 4Q, GDP expanded by a meagre 0.2%. This followed another meek 0.2% growth reading in 3Q. Year-ended growth has slowed to 1.2% in 2018 from 2.7% in 2017. Compositionally, there are reasons to be concerned as well. by Chris Becker A little primer first to get you up to date on the mess that is Brexit – from The Economist:   Amid the farcical scenes within the Parliament, overnight a hard Brexit – i.e no deal, just get on with it – looks more and more likely. From the ABC: European Union

by Chris Becker ECB President Mario Draghi pushed the Euro off the cliff early this morning AEDST with his post-meeting press conference comments: “The risks surrounding the euro area growth outlook have moved to the downside on account of the persistence of uncertainties related to geopolitical factors and the threat of protectionism, vulnerabilities in emerging markets and 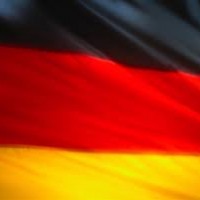 by Chris Becker One of the most closely watched economic prints on the calendar, the monthly German ZEW Survey, was released on Wednesday. The continued Brexit imbroglio is obviously weighing on the dominant European economy, as does Trump’s Jacksonian trade policies which has seen the “current condition”  factor flop to a new four year low, 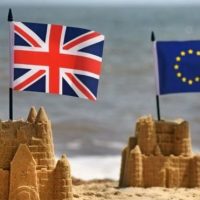 by Chris Becker The Brexit parliamentary vote has come and gone overnight and it’s bad news for Theresa May. From the BBC: Prime Minister Theresa May’s Brexit deal has been rejected by 230 votes – the largest defeat for a sitting government in history. MPs voted by 432 votes to 202 to reject the deal,

by Chris Becker Well it’s a red letter day for the UK as Parliament votes on PM Theresa May’s Brexit deal tonight, AEDT time. The fear, doubt and uncertainty (FUD) brigades are out in force while the continent goes from a Gallic shrug to a stern Prussian frown over the fracas. From the BBC: Theresa by Chris Becker As we grind ever closer to the end of March, the no-deal/deal imbroglio within the UK Parliament over Brexit is devolving, with even Japanese PM Shinzo Abe putting his two bits in: The World does not want a no-deal Brexit, the Japanese Prime Minister said as he gave his “total support” to Theresa