Prominent economist Tony Alexander has released a new report arguing that “fear of overpaying” (FOOP) is behind the collapse in home sales and the ballooning in listings across New Zealand. Accordingly, “deep weakness” has permeated the housing market: Sales of properties are running around 40% down from a year ago, it is taking 13 days The Real Estate Institute of New Zealand (REINZ) has released its House Price Index (HPI) July, which registered a 1.4% decline over the month, a 4.9% fall over the quarter, and a 2.9% decrease year-on-year: The number of residential property sales also plummeted by 37% over the year to July. The next table shows that Last week, Roy Morgan Research reported that Jacinda Ardern’s Labour Party had clawed its way back into contention for next year’s election, after New Zealand Opposition leader, Chris Luxon, lied about holidaying in Hawaii. As shown in the next chart, National’s primary vote tanked 4% in July, whereas Labour’s rebounded 0.5%, according to Roy Morgan: Quotable Value (QV) is the latest data provider to report that New Zealand dwelling values are plummeting. QV’s House Price Index (HPI) reported that average dwelling values plunged 4.9% over the three months to July, with all but one major districts recording price falls: The average value of homes nationally peaked at $1,063,765 in January,

Independent economist Tony Alexander’s monthly Spending Plans Survey is out, which shows that New Zealand households plan to cut back on their spending amid soaring interest rates and inflation. A net 18% of the 1,207 survey respondents plan to cut consumption spending over the next 3 to 6 months. While this was an improvement on It is never a good idea to go to Hawaii and then “lie” about it (or at least have your social media lackeys post that you’re back in the homeland when you’re actually on a Hawaiian beach!). That’s what New Zealand’s Opposition leader Chris Luxon did, and it has seen his National Party surrender a

I reported yesterday how realestate.co.nz registered heavy house price falls across New Zealand, with the national average asking price of properties listed for sale plunging 8.8% from its January peak. The falls have been even steeper across Auckland, where the average asking price has tanked 11.9% from its January peak. In a similar vein, auctioneer New Zealand’s June house price results were a complete wipeout. For example, REINZ’s House Price Index, which is a preferred measure of the Reserve Bank, posted a sharp 5.4% fall over the June quarter, with all major urban districts declining in value. In a similar vein, the Trade Me property index registered a record a Roy Morgan has released its New Zealand consumer confidence survey for July. Confidence remained at recessionary levels, with households “understandably worried, with strong inflation eating into budgets, interest rates higher, house prices falling, and uncertainty ongoing”. Turning to the sub-indices, the majority of respondents expect to be worse-off next year: They expect the economy to

ANZ Economics has released its Business Outlook survey for July, which shows that both business activity and confidence have tanked: The result follows the collapse in both consumer and government confidence to near record lows in June: The outlook is especially dire for New Zealand’s housing market, with ANZ recording that “residential construction intentions plummeted The Reserve Bank of New Zealand (RBNZ) has released mortgage data, which shows that buyer demand has well and truly collapsed. The total value of mortgage commitments plummeted 29% in the 2021-22 financial year, down massively from the 128% growth registered a year prior: The number of mortgage commitments issued has also crashed. There were 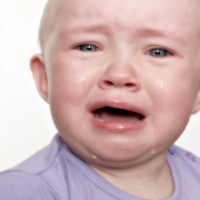 New Zealand house prices are tanking. Following 2.25% of rate hikes from the Reserve Bank, the REINZ House Price Index plummeted 5.4% over the June quarter, with every major urban district registering losses. In a similar vein, June’s Trade Me property index posted a “record breaking” monthly fall of 1.9% amid “skyrocketing supply”. The scale

The Post’s Tom Chodor has delved into why support for New Zealand Prime Minister Jacinda Ardern has collapsed domestically at the same time as the world holds her in high esteem. According to recent opinion polls, “over 50% of voters now believe the country is heading in the wrong direction”, with the opposition centre-Right National This week has seen two Big Four New Zealand banks – ANZ and ASB – hike their forecasts for the official cash rate (OCR). This followed Monday’s 32-year high inflation print of 7.3%. ANZ now sees the OCR peaking at 4% by the end of this year, up from their previous high forecast of 3.5%. The Reserve Bank of New Zealand (RBNZ) has released research showing that New Zealand experienced the sharpest appreciation in real house prices across the developed world between 2008 and 2021: New Zealand’s house price-to-rent ratio also rose the most across developed nations, meaning “the growth in house prices since the GFC has outpaced the growth Last week, the Reserve Bank of New Zealand (RBNZ) sent an arrow through the hearts of Kiwi mortgage holders, hiking the official cash rate (OCR) another 0.5% – the third consecutive double increase. This decision took New Zealand’s OCR to 2.5%, up from the record low 0.25% in September 2021. New Zealand mortgage rates have

New Zealand Prime Minister Jacinda Ardern suffered another blow this week, with Roy Morgan reporting that her Labour Party coalition remained well behind in the polls, trailing the National coalition by 6.5 percentage points: As shown above, support for Ardern’s Labour Party began to fall in October 2021 after the Reserve Bank of New Zealand Yesterday, the Real Estate Institute of New Zealand (REINZ) released its House Price Index (HPI) for June, which posted a 1.9% decline at the national level: House prices nationally were also down by 5.4% over the June quarter, with every single major urban district posting quarterly falls: The REINZ HPI is considered the most comprehensive

The Reserve Bank of New Zealand (RBNZ) today hiked the official cash rate (OCR) by another 0.5% – the third consecutive double rate hike. This took the OCR to 2.5%, up from the record low 0.25% in August 2021. In announcing the decision, the RBNZ proclaimed that it “is resolute in its commitment to ensure consumer Independent economist Tony Alexander’s latest monthly Spending Plans Survey for New Zealand shows that a record net 27% of the near 1,000 respondents plan on cutting consumption spending over the next 3 to 6 months – a sharp turnaround from late 2021 when there was a net 17% positive: Tony Alexander explained that “household budgets A week ago, the Bank of New Zealand (BNZ) forecast the economy would enter a recession next year that could be deeper than anticipated. This prediction came after ANZ’s June business survey “was littered with indicators that fit with our view that the economy is headed into recession”, according to BNZ head of research Stephen CoreLogic has released its June house price results for New Zealand, with dwelling values nationally recording their fastest quarterly decline since February 2009 following three consecutive 0.8% monthly declines: The national measure of property values fell a further -0.8% in June, completing a hat-trick of months at the same rate of decline (-0.8% in both The Real Estate Institute of New Zealand (REINZ) has released its July survey of licensed real estate agents, which is wall-to-wall bearish and points to further heavy price falls for the nation’s housing market. Below are key indicators presented in the survey. First, a net 61% of responding real estate agents said they are seeing