Marvelous: The Australian Open tennis tournament has been overshadowed by protests for a second time this year after Tennis Australia ejected two spectators for wearing T-shirts in support of Chinese player Peng Shuai. Video footage of security officials and police ejecting the two protesters, who had a banner and T-shirts emblazoned with the Chinese player’s The Saturday Paper has a terrific expose on how PM Scott Morrison crashed the economy: As 2021 was drawing to a close, private pathology providers across Australia were counting up billions of dollars in profit, having met unprecedented demand for laboratory results during the Covid-19 pandemic. The simple trick of pooling multiple samples before conducting The Beijing Olympic Committee (BOC) has warned that protests by athletes at the upcoming Winter Olympics that breach China’s restrictions on freedom of speech would be liable under Chinese law. Yang Shu from the BOC contends that the politicisation of sports is contrary to the Olympics Charter, while any behaviour that is against the “Olympic Surely only in Australia parliamentary pig’s trough could this happen: Google says they’re trying to stop Clive Palmer’s United Australia Party from posting misinformation — paying to advertise it, on the other hand, seems to be a different story. During a parliamentary inquiry into online safety, Google Australia’s Lucinda Longcroft told MP Tim Watts the mega-company “do not seek to profit” from misinformation, as SMH

Alan Kohler argues that today’s political failure is the result of decades of neoliberalism that has systematically hollowed out government processes and talent. True enough. But we shouldn’t let systemic explanations for the disastrous performance of the Morrison Government lead to us overlooking its peculiar contributions to national failure. After all, although untested, Labor has made The RATs debacle is now caught in Morrison’s usual web of lies: Rapid antigen test vendors are telling their customers that kits bound for personal and workplace use are being diverted to the national stockpile, contradicting the Prime Minister’s vehement denial this is happening. Retailers such as Werko, Star Hygiene and HiCraft have blamed federal Labor has extended its crushing election winning lead, polling 56% of the two-party preferred vote (up 0.5% point since December) versus the Coalition’s 44% (down 0.5% point), according to Roy Morgan Research: If a Federal Election were held now the ALP would be elected with a similar margin to that won by Malcolm Fraser at Ah yes, freedom Morrison Government style. Freedom for mates that is: The shortage of rapid antigen tests for consumers is being exacerbated by state and federal governments and large corporates placing mammoth orders for the kits, causing stock to be diverted from online retailers and pharmacies. Australia is in the middle of a huge Omicron Hoocoodanode that unleashing a plague on an unsuspecting and unsupported polity would make you unpopular? In my view, the Resolve Political Monitor is the most Coalition-biased political survey in the press. Yet even it has delivered a bowel-shaking crash in Morrison Government support: Soaring virus infections have fuelled a backlash against Prime Minister Scott Morrison Anyone with a memory longer than a goldfish will know that the last time Australia was fighting a combined falling commodity price and rising wages outlook was in the late 1980s: The Prices and Incomes Accord was an agreement between the Australian Council of Trade Unions and the Australian Labor Party government of Prime Minister Bob Hawke and Treasurer (later Prime Minister) Paul Keating in 1983. Employers Driving around Melbourne’s streets over the past fortnight has been an eerie experience. Despite stunning summer weather, the roads are dead and shops/cafes are open but largely devoid of clientele. Last Saturday evening at around 5pm my family visited Easton Mall in Oakleigh – a famous mall of Greek restaurants and cafes. Our car was

Playing the Joker card worked a treat in the left and right weekend press for the Morrison Government: This immense distraction has only one purpose, to bury the lede of the collapse of government service delivery during Morrison’s “let it rip” recession. ACOSS has summed up what is missing: The ACOSS policy recommendations are organised 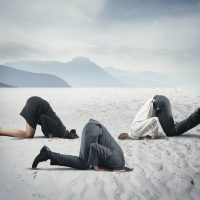 By Chris Becker in Australian Politics

The COVID-19 pandemic has provided a once in a lifetime opportunity to lay bear the problems inherent to “the Lucky Country”. It has loudly and devastatingly the band-aid off the gaping wound that lies at the inability of successive Federal and State governments to prepare the nation against existential and potential threats. The latest Omicron The Windsor’s know what to do when institutions are overwhelmed by sleaze: The Duke of York was stripped of all military titles and patronages by the Queen and agreed no longer to use the moniker “His Royal Highness”, in an attempt to protect the Royal family from the fallout of his sexual abuse case. That Westpac credit card data is the latest to record the shock: After hitting new post-COVID highs in the lead-in to Christmas, the Westpac Card Tracker Index has fallen away sharply since the turn of the year, average index reads over the weeks ending Jan 1 and Jan 8 down 10pts compared to the last two weeks of Dec.

The arguments for an Australian Republic are very underwhelming: The steady stream of dramas and scandals emanating from the royal family continues apace. Prince Andrew’s friendship with the notorious Jeffrey Epstein, the Sussexes’ endless soap opera, and now a “cash for honours” affair right under Prince Charles’s nose. As the next generation of Windsors supplants The national economy is falling apart: Judo Bank chief executive Joseph Healy has warned the worst is still to come as omicron’s rapid spread and closed borders combine to stifle Australia’s economic recovery. Mr Healy slammed a lack of leadership from the top and said the federal government’s failure to articulate a clear course of Like the astronomer scouring the heavens for new phenomena, the observer of economic history only very occasionally has the chance to put his name to something. I managed it once in 2010/11 when I coined the term “disleveraging” to describe the use of an external boom to deflate domestic credit excess. But it never took On every front, the Australian domestic economy is now in crisis. Morrison’s Government mismanagement has fingerprints over everything. There are no tests to keep anything open: Business groups warn that virus-exposed staff are unable to come back to work safely while rapid antigen tests remain in short supply, making eased isolation requirements designed to reduce You can always judge what is the truth by assuming the opposite of whatever Australia’s pathologically lying PM says. Hence, yesterday afternoon, he lied about the pandemic on all fronts: Prime Minister Scott Morrison says he wants to “maximise the workforce”, with state leaders to tick off on new guidelines that will allow close contacts In early December I visited Sydney for a week. It was bizarre. At the airport, tourists were greeted with a battery of singing and dancing buskers. There was no hat to donate and they were clearly paid for by the airport or government. They bellowed befouled air over scuttling and frightened passengers. Presumably, the practice It’s about time the old goat stood up. His loyalty to the Liberal Party has often overridden the obvious national interest. As such, it is a measure of how far Morrison’s regime of secular sleaze has slipped from the mainstream that Howard is endorsing competing candidates: A rare, glowing endorsement written by Mr Howard for

It’s amusing to watch, in the usual sense of not being amusing at all. The Australian economy is in another COVID lockdown shock. This time triggered by the private sector. Like the Delta wave shock, it will deliver a much deeper economic blow than it had to thanks to the routine blundering of the Morrison Labor last year announced that it will not make changes to the stage three income tax cuts if it wins the upcoming federal election. It also abandoned the negative gearing and capital gains tax reforms taken to the past two federal elections. Both changes followed in the wake of Labor formally dumping its franking credits Last month I reported testimony from the head of Transparency International Australia (TIA), Serena Lillywhite, to the Senate committee examining money laundering. Ms Lillywhite claimed “Australia has become the destination of choice for illicit financial flows … which too often end up in the property market” before asking “how much evidence of money laundering in By Merkwürdigliebe in Australian Politics, Miscellaneous

Prime Minister Scott Morrison has extolled the ‘Mad Gladys’ line that it is ‘we’ who must ‘Learn to Live’ with the virus – including the latest Omicron variant sweeping the world.  With this emphasis ScoMo is walking away from his Government’s responsibility for it being in Australia, and for the health of Australians, after spending Pharmaceutical giant Pfizer is now testing a third vaccine dose in children under five, claiming two doses are not strong enough: Pfizer announced the change after preliminary analysis found the immune response to the very low-dose shots, the company is testing in the children, was not as strong as expected. The news is disappointing for Ross Gittins argues today that Josh Frydenberg could cement his place in history as “one of our greatest treasurers” if he succeeds in getting unemployment down to 4% or below: Frydenberg’s strategy of forcing the pace of economic growth to get the rate of unemployment sustainably down to the low 4s or even lower. This