Last month, the Greens threatened to use their numbers in the Senate to block Labor’s 43% 2030 emissions reduction target, Today it confirmed that it will lend its support to the bill: “While the government has been unwilling to adopt science-based targets and place a moratorium on new coal and gas, we have been able The latest State of the Environment (SoE) report has been released and shows a nation both roasting and choking under the strains of relentless immigration-driven population growth: Most of Australia’s 8 major cities are growing at rates faster than many developed cities internationally. As our cities expand and change, so do their impacts. These include Environment Minister Tanya Plibersek will release the latest State of the Environment report at the National Press Club on 19 July, with the report being a five-yearly accounting to Parliament of the health of the environment. Plibersek will describe the report as “shocking” and one that outlines a decade of “government inaction and wilful ignorance”: Australian Conservation Foundation (ACF) CEO Kelly O’Shanassy says the “climate wars” must end, and has urged the Greens to support legislation enshrining the federal government’s 2030 emissions reduction target in law. O’Shanassy contends that the 43% target should be a floor rather than a ceiling, and she wants the legislation to include a ‘ratchet mechanism’ What’s really going on in the oil market in the wake of the failed invasion of Ukraine by Russia that has jolted energy prices around the world? The pressure stretches around the globe when it comes to oil and the US petrodollar, with Iran now clearly in the crosshairs for a sweetened nuclear deal. From The Grattan Institute has released a new report warning of risks to Australia’s social fabric if the transition to a net zero economy is not well managed, with ten of thousands of coal-mining jobs tipped to disappear over coming decades. Grattan has described the transition as the ‘next industrial revolution’, but claims that Australia’s current Infrastructure Partnerships Australia (IPA) chief executive, Adrian Dwyer, has hypocritically called for a restoration of pre-COVID levels of immigration to build the infrastructure needed to sustain a bigger population (caused by immigration), alongside a stronger commitment to ‘net zero’ carbon emissions (made worse by population growth): “With a new term of parliament before it, now 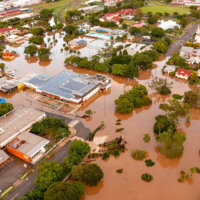 The Bureau of Meteorology (BOM) has confirmed that a host of rainfall records have been smashed across NSW and Queensland so far this year, and warned that heavy rains could continue for months as La Niña conditions could persist for a rare third straight year. BOM’s Special Climate Statement 76 reveals the southeast Queensland flood Anybody hoping for sensible policies from our teal independents should be taken aback by Independent Teal for Wentworth, Allegra Spender, who penned a contradictory article in The AFR preaching environmental “sustainability” while simultaneously calling for a big increase in immigration: Government must provide a clear pathway to sustainability. My priority will be to work with 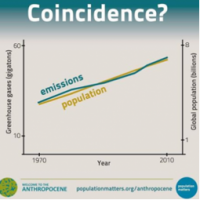 Labor MP Chris Bowen, who is likely to be the new Climate Change and Energy Minister, has indicated that Labor will stick to the climate policies that it took to the federal election. Labor has promised to cut carbon emissions by 43% from 2005 levels by 2030, but the Greens want a 75% cut and This is what happens when a corrupt government sponsors a gas cartel to capture your energy reserves: A fourfold increase in gas prices has inflicted huge losses on a Riverina-based manufacturer in NSW and may force the company to temporarily close its doors within months if there is no relief. Causmag International, which uses gas By Houses and Holes in Australian Politics, Carbon Economy

New research from Climate Analytics that is pretty black and white: By Houses and Holes in Australian Politics, Carbon Economy

She’ll be right. A new peer-reviewed shocker published in Science for the loons to ignore. — Rising temperatures, rising risks Climate change brings with it the increasing risk of extinction across species and systems. Marine species face particular risks related to water warming and oxygen depletion. Penn and Deutsch looked at extinction risk for marine This is such a bad analysis that I don’t know where to look: Outages at coal fired power stations have pushed up gas prices on the east coast of Australia spiked, sending wholesale electricity prices surging across the National Electricity Market. Spot gas prices hit $19.31 a gigajoule in Brisbane on April 9, according to By Damien Klassen in Carbon Economy

There has been a lot of talk lately about electric vehicles and their impact on the electricity grid. Some say we can’t transition to renewable energy because electric cars will swamp the grid with demand. GMO’s Grantham was the latest of a long line who are concerned: Perhaps the last great irony of the fossil fuel

This is so egregious that I don’t know where to look: Energy Minister Angus Taylor will warn the energy crisis facing Europe could happen in Australia unless new gas fields are opened up as he unveils budget funding to accelerate the development of seven projects. As the government moves to make energy security a feature A side effect of Russia’s invasion of Ukraine has been the jump in oil and gas prices. The result is basically a global Putin carbon tax. Albeit with the proceeds going to Russia and OPEC rather than to national governments. When you add the re-realisation of commodity supply chain instability, there is now an increasing Alan Kohler has rubbished calls to reduce the fuel excise in response to rising petrol prices, claiming it would be equivalent to cutting carbon taxes: Petrol excise is Australia’s de facto carbon tax… It’s already one of the lowest gasoline taxes in the world… Australians still enjoy fairly low petrol prices – in most European The problem with being such a prolific liar is that you are constantly being mugged by reality. Recall this: Scott Morrison has also doubled down on his scathing comments about electric vehicles in 2019, insisting he does not regret accusing Bill Shorten of wanting to “end the weekend” with his electric vehicle plan. Mr Morrison This is Coalition politics at its worst. Paralysed by climate troglodytes, a desperate Malcolm Turnbull pulled the Snowy card and now we’ll all pay: Five years ago on Tuesday, then prime minister Malcolm Turnbull announced, with great fanfare, the Snowy 2.0 pumped hydro project: “The Turnbull Government will start work on an electricity game-changer … Because they are for living in, not speculation. One of the ironies of the contemporary freedom versus autocracy debate is that dictators can do what prime ministers dare not: China’s outstanding medium- and long-term loans to the household sector, mostly mortgage loans, declined in February for the first time since record started, indicating that home The latest IPCC report on climate change: This Summary for Policymakers (SPM) presents key findings of the Working Group II (WGII) contribution to the Sixth Assessment Report (AR6) of the IPCC1. The report builds on the WGII contribution to the Fift Assessment Report (AR5) of the IPCC, three Special Reports2, and the Working Group I In 2001, just prior to the 2001 Federal Election, the Howard Government made the short-sighted decision to freeze Australia’s fuel excise at 38.14 cents a litre, abandoning the twice yearly CPI increase that had long been a feature of Australia’s excise system. Facing an assault over the rising cost of living, John Howard’s decision was