DXY was weak last night as EUR chases the fiscal package: Australian dollar was weak anyway: EMs were mixed: AUD/SPX correlation had an up day but is trending lower: Gold was firm: Oil too: Dirt is crushed: Except the red magic dirt. Anyone with that is flying: EM stocks are stalled: Junk is euphoric: Bonds Unbelievable. Via Domain: Liberal senator James Paterson has taken aim at universities’ reliance on international students, using a speech in Parliament to reveal confidential details about the University of Queensland vice-chancellor’s pay incentives to deepen ties with China. In a late-night speech on Tuesday, Senator Paterson said a whistleblower from the university had given him The Australian Council of Trade Unions (ACTU) has released a briefing, entitled “Rebuilding jobs and our economy beyond the COVID-19 health crisis”, which contains an eight point plan to help the economy recover from COVID-19: Improve the quality and security of jobs by creating 2 million new permanent jobs and halving the number of insecure The federal government’s JobKeeper scheme is slated to end on 27 September. However, Liberal MP Jason Falinski believes that it should be phased out sooner. He suggests that the government should consider starting to phase out out JobKeeper once all students have returned to school. Meanwhile, Liberal MP Craig Kelly contends that businesses that have The MSM is clutching its Chinese pearls today. Here are the links, courtesy of Sinocism: Our great brawl with China risks trade war – The Australian Beijing has accused Australia of launching an inquiry into the COVID-19 pandemic for political reasons, declaring that “mutual ­respect and equality” must form the basis of bilateral relations amid Via the excellent Damien Boey at Credit Suisse: Mixed April NAB business survey: The NAB survey for April revealed an even sharper decline in business conditions, with the component sum index falling to -34 from a downwardly revised -22. However, the more forward looking, “pure” confidence measure, improved to -46 from an upwardly revised -65, as companies adjusted to Several Aussie property developers have joined forces to sooth fears that Australia’s property market is facing a deep correction: Colliers Brisbane director Andrew Scriven: “I like to remind everyone that it is a health crisis that is turning into an economic crisis, but aside from that the fundamentals of property are still solid”… “The GFC 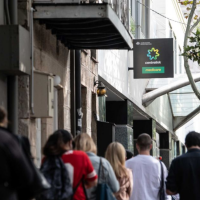 The Treasury Fact Sheet on the Morrison Government’s JobKeeper scheme explicitly stated that it would remain in place until 27 September 2020: The subsidy will start on 30 March 2020, with the first payments to be received by employers in the first week of May. The Government will provide $1,500 per fortnight per employee until Big news for populists, at the ABC: Alan Jones has announced he will retire from radio at the end of this month. The long-time 2GB breakfast host has towered over Sydney’s media, and Australian politics for decades. During his broadcast this morning Jones told listeners: “We are living in the world of Coronavirus. The most I think I may have given readers a bum steer yesterday. I misinterpreted a crucial part of the Albo recovery plan. Via Domain: Labor leader Anthony Albanese will call for a new focus on fairness in the recovery from the coronavirus crisis, naming housing construction and local manufacturing as two priorities in his economic agenda. …In What other conclusion can you draw from recent behavior. Via SBS: International Education Association of Australia chief executive Phil Honeywell told SBS News allowing international students back into the country could offer more than just economic benefits. “International education is Australia’s fourth-largest export industry which generates nearly 240,000 Australian jobs and is a key revenue Via Domain: Federal Labor’s big spending education and health policies appear set for the chopping block as Opposition Leader Anthony Albanese warns his shadow cabinet that COVID-19 and its legacy will define politics for a generation. The Labor leader has told his shadow cabinet to prepare for a “full reappraisal” of the party’s policies in Via the excellent Damien Boey at Credit Suisse: NSW  government considering abolishing stamp duty. Stamp duty is a transaction, or “Tobin” tax on property paid by buyers. It is the primary source of state government revenue. It is viewed by many commentators to be an inefficient tax, breeding incentives for state governments to prop up property prices to prop up revenues. Recently, NSW Treasurer Via Shane Oliver: Introduction Back in January when the bushfires were raging, I feared Australia’s luck had ran out. But right now, I thank god I live in The Lucky Country! Donald Horne’s original conception of the term in the 1964 book of the same name about Australia being run by “second rate people who By David Llewellyn-Smith in Featured Article, US Economy

The US virus lockdown and fiscal package has neither stopped the virus nor prevented mass unemployment. The fallout for SMEs and households is vast: A failed lockdown means a very weak recovery because the dance to contain the virus will go on endlessly, leaving states and the private sector in a state of partial paralysis. He writes in The Australian today: When it comes to our energy supplies, Australians have been well served and we continue to enjoy ample supply of electricity, gas and liquid fuel. Our fuel supply chains have proven to be resilient during the past 40 years, despite many disruptions. We produce fuel ourselves, and we import According to CoreLogic, rents fell sharply in April as the COVID-19 lockdown took full effect: Rental markets have shown a broad based weakening through April as the combined pressures of higher supply and lower demand flow through to lower rents. Rents were down over the month across seven of the eight capital cities, with the After spreading the Wuhan Coronavirus to the world, WION’s Palki does a great job exposing the Chinese Communist Party’s (CCP) many diplomatic firestorms. These include attacks against the United States, the United Kingdom, Australia, Sweden, Nepal, India and the Netherlands. We teach our children to stand up to bullies. Now is the time for the

CoreLogic’s Tim Lawless believes that the collapse in immigration will hit Melbourne’s and Sydney’s housing markets especially hard: “Sydney and Melbourne arguably show a higher risk profile relative to other markets due to their large exposure to overseas migration as a source of housing demand, along with greater exposure to the downturn in foreign students, First amongst loons was the IPA, closely followed by Chris Joye. Now they’re pouring forth, IPA alumnus James Paterson: The emergency measures put in place to control the spread of corona­virus are necessary, but history shows that radical econo­mic interventions imposed in times of crisis should be removed as quickly as possible once the crisis Yesterday’s record breaking preliminary retails sales data for March from the ABS, which surged 8.2% on the back of grocery hoarding (see next chart), has lifted hopes that Q1 GDP could record positive growth. That’s the view of David Plank from ANZ , alongside other economists: “A positive March quarter is not out of the question,” 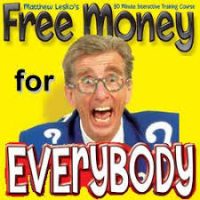 Labor clearly has not heard of the term “moral hazard”, which is defined as “a situation in which one party gets involved in a risky event knowing that it is protected against the risk and the other party [Australian taxpayers] will incur the cost”. Labor has already demanded that Australian taxpayers bail-out: industry superannuation funds We saw it in the CBA Flash PMI this morning: The latest Commonwealth Bank Flash Composite PMI® pointed to a much stronger contraction of the Australian private sector during April, with the decline particularly severe at service providers. The coronavirus disease 2019 (COVID-19) led new orders to fall at a steep pace, with employment scaled ScoMo is aiming for a reform consensus, at The Australian: Scott Morrison will push business and unions to join forces to drive a wave of reform that has not been seen for 30 years, when Australia was last in recession before the economy rebounded to an un­precedented era of growth. But at the AFR the 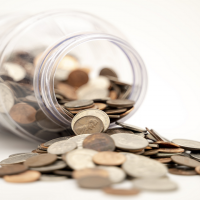 Liberal Senator Jane Hume, Assistant Minister for Superannuation, Financial Services and Financial Technology, appeared on Ray Hadley’s Morning Show (audio below) where she disclosed that 743,000 Australians have already registered for early release of their superannuation. This comes after the Morrison Government last month announced that it would permit Australians experiencing financial hardship to access Harvard University epidemiology professor Marc Lipsitch warns that the coronavirus may not be contained during 2020. He is among the authors of a research paper which notes that the virus may continue to flare up for a number of years if a vaccine or an effective treatment is not developed. The paper, which has been 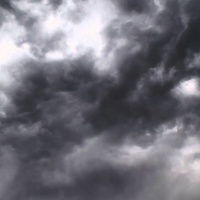 Anecdotal evidence continues to emerge of the impending downturn in Australian housing, with Terry Portelli tipping that residential land sales are about to crash: “We can safely assume in the growth corridors that sales volumes and enquiry will fall to record low levels over the coming months of uncertainty,” said Terry Portelli, the founder and managing El Trumpo just now: President Trump on Tuesday said that he planned to stop United States funding of the World Health Organization while reviewing its role in what he described as “severely mismanaging and covering up the spread of the coronavirus.” The announcement came as Mr. Trump continued to be angered by criticism of his Worth excerpting from the Westpac survey this morning: Sentiment around housing collapsed in April with assessments of both ‘time to buy’ and ‘price expectations’ plunging to the most negative levels since the GFC. The drop was consistent across all major states. The ‘time to buy a dwelling’ index dropped 26.6% – the biggest monthly decline