By David Llewellyn-Smith in Australian recession

Via Morgan Stanley: #1 – The V-shaped recovery: A key part of why MS expects inflation to emerge is because it anticipates a sharper but shorter recession. At its core, this recession was triggered by an exogenous shock in the form of a public health crisis. Coming into 2020, there wasn’t an excessive leverage build-up in 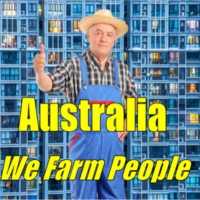 Economist Jason Murphy has questioned whether Australia’s near 30-year recession-free run has made us better-off: Well that’s it. Australia’s much-heralded three decades of growth are over. What have we got to show for it? How has Australia changed since a recession last racked our economy back in 1991-92? According to the World Bank we’ve climbed Changing the goal posts is what the housing obsessed Australia does best. Whatever it takes to keep the confidence fairy fluffed. It’s usually the endless GDP record that is trotted out. But the usual brainwashing has reversed today: The message from the Reserve Bank is clear. Don’t panic if the economy slowed down in the ANZ has some good news for us. The offshore lenders that enable the housing bubble are getting nervous: London-based investors in Australia’s banks are fretting about the risk that several small and seemingly well-intentioned changes in housing market policies combine to create a sharp property market correction. ANZ Banking Group chief executive Shayne Elliott, who Treasurer Scott Morrison’s declaration that the great Australian adjustment is over has lasted for a full four days. Recall: Treasurer Scott Morrison says governments can build infrastructure projects more cheaply and effectively than the private sector, justifying the “good debt” focus of his second budget that next week will foreshadow a turning point to “better The US dollar was firm overnight: Yen and euro fell, yuan finally bounced: Commodity currencies fell: Gold too: Brent was pole-axed as expected: Base metals fell sharply: Most miners too: US and EM high yield debt still did not get the oil memo: US bonds sold: Shares fell marginally: A cautious evening of mostly technical

The US dollar rebounded strongly last night as Brexit dominoes began to fall in Italian banks, oil prices and UK property: The yen is unstoppable and hinting at carry trade crisis reversal. Zombieuro was hammered. The Chinese yuan may not be in free fall but it’s falling awfully fast. This is a major problem for 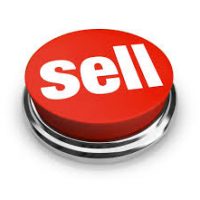 You can always tell when the heat is on global credit markets by the mushrooming number of articles celebrating Australian bank strength. Chanticleer leads us off: Australia’s big four bank stocks stand out like knights in shining armour in a world left dazed and confused by Britain’s vote to leave the European Union. After several What a wonderfully hopeful species the human being is! After one day the Brexit fallout has been quite limited. The US dollar was strong but not insanely so: Yen was strong but euro only modestly weak: Commodity currencies fell but not far and the Aussie least of all: Gold jumped to new rebound highs: Oil took a From Morgan Stanley: We see GBP moving to 1.25-1.30 and 15-20% downside to European equities relative to Thursday’s levels. Corporate and sovereign credit present the best opportunities to buy on weakness Economic implications: The UK faces a prolonged period of uncertainty which should lead both investment and consumption to wane. Longer term, a less open The US dollar was soft: Euro and yen firmer: Commodity currencies split with anything oil related down and anything metals related up: Gold was soft: Oil softer: Base metals yawned again: Miners were firm: EM and US  high yield ignored oil oddly: Not much to add today. If Brexit happens, markets are not prepared. If The US dollar gapped lower on better Brexit polls: The BOJ will have to do something about this soon: Commodity currencies launched: Gold was firm: Oil too: And base metals: Miners rallied: As did US and ME high yield: Better Brexit polls so stocks lifted and bonds fell. It’s all untradable. Look through to what According to Wikipaedia “chaos theory is a branch of mathematics that deals with complex systems whose behaviour is highly sensitive to slight changes in conditions, so that small alterations can give rise to strikingly great consequences”. Australia exists in a state of blissful ignorance of this theory. How else to explain an economic model that relies upon Markets are a dear in the Brexit headlights and you can’t really blame them. How do you discount a referendum with such binary outcomes? The US dollar was weak: But yen is off to the races while euro sits uselessly awaiting its death knell: Commodity currencies roared on an oil snap back: Gold recovered some Nobody should ever confuse markets with ethics or a human spirit. The Guardian sums up the evening’s events: The slide from civilisation to barbarism is shorter than we might like to imagine. Every violent crime taints the ideal of an orderly society, but when that crime is committed against the people who are peacefully selected For a year or so MB has been warning that we’re entering dangerous territory for the global business cycle. This has been pretty obvious to those that have the eyes to see. US Fed tightening cycles nearly always ends in recessions and there is no reason to think that this one will be any different, A pansy Fed hit the US dollar though I put it to you that were it not for Brexit it would fallen a lot more: Yen is firm, euro weak: Commodity currencies all jumped: Gold launched and is threatening to break out: Brent oil is weak: Base metals has a Fed moment: Big miners enjoyed a

Brexit is threatening to reignite the Mining GFC.  The US dollar was strong: Yen too, euro not so much: Commodity currencies were pummeled: Gold edged up: Oil took a solid hit: Base metals eroded: Big miners were hammered and appear on the verge of breakdown: US and EM high yield debt was hit again and The US dollar firmed up over the weekend as Brexit fears took center stage: The yen rally has broken out on save haven flows but euro is weak: Commodity currencies were all over the place: Gold was strong: Oil is weak: Base metals do not know what they are: Nor miners: But US and EM From NAB comes a useful note: More than half way through the mining investment downturn The economic significance of Australia’s once in a generation mining boom has not been lost on most people. China’s seemingly insatiable demand for commodities and the determination of major mining firms to meet this demand before their competitors – seemingly From Australia’s last sane analyst standing. Vimal Gor at BT Investment Management: Calm before a currency storm? May was a calm-ish month after the recent period of extreme volatility. This was not surprising given the confluence of risk events we have approaching over the coming weeks, including the BoJ, FOMC, ECB, possible Brexit and the As US jobs disappointed, the US dollar was pounded lower: Euro and yen rocketed: Commodity currencies rocketed with the Aussie up almost 2% to 0.7367: Gold rocketed: Oil was flat: Base metals jumped a little: Miners had a good night too: US and EM high yield firmed: So, where are we now? The US jobs From Goldman today: …we shift to an outright negative view on the RMB, in line with this week’s Asia Views and our bearish RMB forecast… there is a weak link in China’s management of its currency. To be sure, the government has clearly communicated a shift in focus to a trade-weighted currency basket, de-emphasizing the

You can feel the Mining GFC reheating after yesterday’s poor Chinese data but it’s being held in check by oil. The US dollar fell overnight: Yen bounced hard after Abe delayed a sales tax hike, fiscal stimulus, hinting that less monetary may be coming. I doubt it! Commodity currencies mostly fell. Aussie was supported by

As Janet Yellen hawked up a bit and US data was solid, the US dollar rocketed Friday night: Yen and euro hit new lows: Gold was pole-axed and if the US dollar really gets going then I’d be a buyer as it falls: Commodity currencies were hammered: Brent oil went sideways: Base metals were mixed: