By Leith van Onselen The Reserve Bank of New Zealand (RBNZ) yesterday gave a speech (below) entitled Perspectives on housing, which provided a useful overview of some of the factors driving New Zealand’s housing market and monetary/prudential policy. Below are some key extracts. On housing and the New Zealand economy: The RBNZ notes that New

By Leith van Onselen Data released late last week from the Reserve Bank of New Zealand (RBNZ) confirmed that New Zealanders are continuing to leverage-up into housing, with total outstanding mortgage credit increasing by 4.3% in the year to February 2013 – the fastest pace of growth since December 2008 (see next chart). The ratio

By Leith van Onselen The war over Auckland land supply has continued this week, with the new Minister for Housing, Dr Nick Smith, uping the ante on his promise to smash Auckland’s urban growth boundary (called the “Metropolitan Urban Limit” or MUL). Regular readers might recall that the Auckland City Council had moved to shift

By Leith van Onselen The Reserve Bank of New Zealand (RBNZ) today released its quarterly Statement on Monetary Policy (SoMP), where it kept the official cash rate unchanged at 2.5% and signalled that it would remain on hold until 2014 due, in part, to the ongoing drought, which is expected to lop up to 1% By Leith van Onselen The competition for mortgage lending is heating up in New Zealand. Last month, government-owned KiwiBank announced that it would drop its six month fixed mortgage rate to just 4.79%, which is reportedly the lowest mortgage rate offered by a New Zealand bank for “many decades”. And today, ASB (owned by the 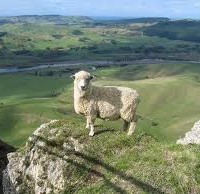 HSBC is out with a quick note on the latest NZ GDP figures, although according to them they are “so late that they are mostly history”: New Zealand’s GDP was weaker than expected, rising by only +0.2% in Q3 (market had +0.4%). Downward revisions meant y-o-y growth slowed to +2.0% (market had +2.5%). Growth was held back New Zealand’s GDP stats came out this morning and have undershot expectations. Economic activity, as measured by gross domestic product (GDP), was up 0.2 percent in the September 2012 quarter, Statistics New Zealand said today. This growth follows revised growth of 0.3 percent in the June 2012 quarter. The main movements by industry this quarter were: construction (up 4.5 percent),

By Leith van Onselen In April last year, outgoing Reserve Bank of New Zealand (RBNZ) governor, Alan Bollard, muted introducing ‘maco-prudential’ tools to prevent the formation of future asset price bubbles: “[New Zealand needs] to keep preparing for how we might deal with credit and asset price booms when they recur in the future,” Bollard 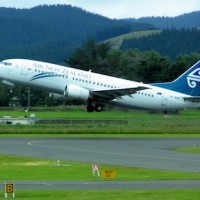 Following on from the recent release of ABS Data on the “Australian Bogan Exodus“, here’s an article from NZ’s leading financial news and opinion blog, interest.co.nz that got me thinking: The exodus of people from New Zealand to live permanently or long-term in Australia continued in February, with net departures across the ditch hitting a new

The New Zealand Productivity Commission (PC) on Friday released its draft report on housing affordability. Below is a video discussing the PC’s draft findings (via Interest.co.nz). The PC report correctly identifies regulatory constraints on land/housing supply as the key impediment to affordable housing. Below are some key extracts from the report discussing the supply-side of the New Zealand housing

Here’s one of the dumbest proposals that I have read in a while. The Auckland Council has released a Draft Plan proposing to change the existing urban growth boundary (called the “Metropolitan Urban Limit” or MUL) into an even tighter “Rural Urban Boundary” that would effectively ban development outside of the rural-urban line and limit

The Reserve Bank of New Zealand (RBNZ) last week lodged a fascinating submission with the New Zealand Productivity Commission’s Housing Affordability Inquiry which, given the strong similarities between the Australian and New Zealand housing markets (explained in these earlier articles), is highly relevant to Australia. The RBNZ submission is provided below. At only 10 pages

When it comes to recent banking/housing policy, our Kiwi cousins across the pond have it all over us Aussies. Back in April, I wrote about three policy actions being undertaken by the Reserve Bank of New Zealand (RBNZ) and the New Zealand Government aimed at reducing the economy’s exposure to the housing market and improving financial

Earlier this month, I wrote about two policy actions being undertaken by the Reserve Bank of New Zealand (RBNZ) and the New Zealand Government aimed indirectly at reducing the economy’s exposure to the housing market. These measures included: the Open Bank Resolution (OBR) Policy, which seeks to protect taxpayers from funding future bank bailouts; and

New Zealand has undertaken two policy actions lately aimed indirectly at reducing the economy’s exposure to the housing market. The first measure, called the Open Bank Resolution (OBR) Policy, has been initiated by the Reserve Bank of New Zealand (RBNZ) and seeks to protect taxpayers from funding future bank bailouts. The OBR is intended to