US broadcasting legend, Larry King, says we should already be reaching for the revolver, at The Australian: Veteran newsman Larry King has attacked Australia’s draconian freedom-of-speech laws, saying he would “react with violence” if police raided his home in a bid to identify the source of a story. The American broadcaster, who hosted the eponymous 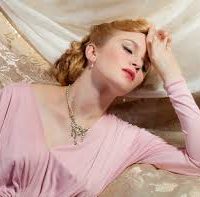 Via the ABC: When Laura Christopher bought her house in Ipswich, Queensland, she signed up for an interest-only period. “The fact the repayments were going to be a bit lower was the major drawcard,” she told 7.30. “But I didn’t quite understand the implications.” The reason repayments were originally lower is that during an interest-only 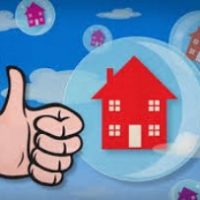 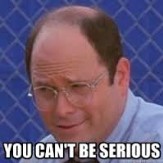 It’s amazing watching the idiotic non-solutions emerge for Australia’s hyper immigration-fuelled population growth. With Melbourne’s population already having increased by around 1.6 million people this century, and projected to balloon by another 5.2 million people over the next 48 years: University academics have proposed the hilariously stupid plan of building a series or regional cities Earlier this year, the Mayor of Armidale Regional Council and his cronies celebrated as population growth into the Northern Tablelands surged by 4.3% over two years: Welcomed at both a local and state government levels… the increase of 1987 residents pushed the overall population past the 80,000 mark for the first time, to an estimated

Via Samantha Hepburn is the director of the Centre for Energy and Natural Resources Law, Deakin Law School, Deakin University: Right now, two projects have been proposed to import gas from overseas to supply eastern Australia. This is an absurd prospect. Australia is a resource-rich country, and exports more gas than any other nation. Why then, By David Llewellyn-Smith in Featured Article, US Economy

Via Politico: The top U.S. envoy to Ukraine told House impeachment investigators on Tuesday that President Donald Trump sought to withhold critical military aid to Ukraine and refuse a White House meeting with the country’s president until it pursued politically-motivated investigations into Trump’s rivals. The diplomat, William Taylor, painted a damaging portrait of events that

Via Martin North: A second global bust for housing markets, he says. That’s a 25% risk case. The 50% base is China won’t bust but will grind into stagnation. The Australian government will throw everything at local property to hold it up and will probably succeed until China slows enough to kill the budget. There’s Via the ABC come Australia’s greatest challenges for the future according to Q&A gallahs: LIFE PRIORITIES Tara McDonald asked: We seem to be fixated on living longer at any cost and prolonging the inevitable which is death. Could we be spending more time and money on protecting future generations instead of ourselves? FOOD & WASTE

Via Crikey: The Nine papers’ months of bubbling property-price reporting finally came to the boil this morning. The Australian Financial Review was packed with breathless coverage of an apparent spike in residential real estate prices. National affairs editor Jennifer Hewett used her column to share an anecdote of attending an auction with her son, who “made a few limited Amid the widespread media gushing over ‘tiny homes’, it is nice to finally read an honest appraisal on why they are a retrograde solution for chronic housing policy failures: Finally, an ingenious solution to a housing crisis that is sapping the quality of life of an entire generation: the humble van. More than 21,000 Britons Perth’s housing crash has been well documented on MB. According to CoreLogic, Perth’s house price bust has dragged on for more than five years, with values down more than 21% – easily exceeding prior busts: Perth rents have also collapsed by 22% since December 2014, according to the ABS: Now, newly released data from Landgate Via Gottiboff today: Relations between Australia and China have rarely been worse and there has been a sudden slump in the buying of Australian real estate by mainland Chinese—led by lower demand for Sydney apartments. There are fears the real estate downturn may extend to education and tourism –an escalation that is almost certain if Reserve Bank of Australia (RBA) governor, Philip Lowe, has told an International Monetary Fund meeting in Washington that the Australian economy appears to be on track to return to its trend growth rate in 2020, which should put downward pressure on the unemployment rate and gradually boost wages. From The Australian: “I don’t think it’s The head of Victoria’s cladding safety agency, Dan O’Brien, claims that 35% of buildings audited have flammable cladding, and has likened the problem to asbestos: Mr O’Brien said the Statewide Cladding Audit by the Victorian Building Authority had inspected 2300 buildings since it began in 2017, with 805 found to have aluminium composite panels or 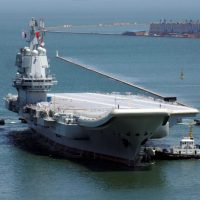 Via The National Interest: The People’s Liberation Army Navy—more commonly known outside of China as the Chinese Navy—is modernizing at a breakneck pace. Chinese shipbuilders have built more than one hundred warships in the past decade, a build rate outstripping the mighty U.S. Navy. Most importantly, China now has two aircraft carriers—Liaoning and a second Wage theft from international students has been an enduring theme across the Australian economy over times. Earlier this year, Alan Fels – the chair of the Migrant Workers Taskforce – described wage theft as “widespread and systematic”, and estimated that one-third of international students are being underpaid, typically by migrant employers of the same nationality: 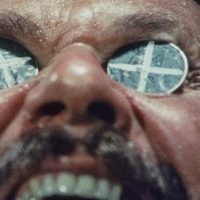 There are few greater proponents of the mass immigration economic model than David Crowe at Domain. At least, there were. He used to defend it at every turn. Produced ridiculous propaganda. And declared it was impossible to cut. Not any more. Today Crowe finally saw what MB has seen for many years. That mass immigration Via Herald Sun: A close friend of Liberal MP Gladys Liu last year set up a group to campaign for China’s controversial Belt and Road Initiative within Australia and the Pacific. Prominent property developer Chen Guo Jing has been described on Chinese language sites as the “implementer” of the Australasia Belt and Road Advocacy initiative.

This is probably the most frightening one hour of viewing I have seen since the end of Cold War. Kyle Bass with Gen. Robert Spalding: Pass it on.

A generally positive day across Asian risk markets excepting mainland China, following the good mood on Wall Street overnight. The Australian dollar continued to tank following yesterday’s release of the RBA minutes while the NZD was relatively stable despite an uptick in monthly CPI.  Yen strengthened slightly after a big breakout in USD strength overnight

Tribalism is the bane of Australian progress. It is the default position for a populist Australian psychology that is always far more ready to adopt partisanship over national interest or even ideology. To wit, at The Guardian: While national politics frets about its trust crisis, the bulk of Australian voters appear reasonably sanguine with both The Australia Institute’s Maryanne Slattery has hit out at the new found push to build dams across regional Australia to alleviate drought, arguing that it would be both costly and pointless given there will not be enough rain to fill them due to climate change: …if new dams can solve Australia’s water problems, why didn’t Via the ABC: Owners and residents of Sydney’s Mascot Towers have been advised existing cracks in the building have widened and new cracking has developed requiring urgent remediation works to avoid a “structural failure”. In the latest update on the troubled apartment block, law firm Mills Oakley, acting on behalf of the owners corporation, said 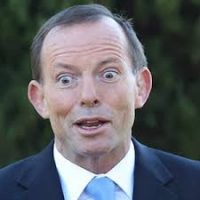 David Bassanese has a whinge about the RBA: …so far at least, lower official interest rates have gone down like a lead balloon with households and business. Key measures of both business and consumer confidence are now lower than before the first RBA rate cut. Retail sales are still barely growing, and anecdotes from retailers 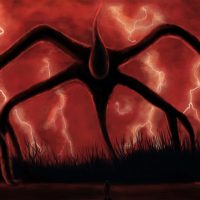 Every day it is the same now. Chris Kenny: The extent of daily political deception in the global warming debate is extraordinary. The most obvious and relevant facts go unreported and the most pressing questions are not asked. It is an unspoken conspiracy of misinformation perpetrated by large elements of the media whose starting point

He did nothing all of the time and when goaded into movement did stupid, via the ABC: The promised Snowy Hydro 2.0 project will be an expensive white elephant according to a leading energy expert. “Here is a project that is likely to cost five times more than the then prime minister [Malcolm Turnbull] said