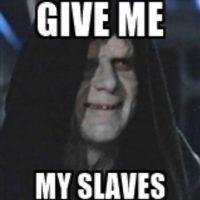 By Leith van Onselen Ever since the 7-Eleven migrant worker scandal broke in 2015, there has been a regular flow of stories emerging about the systemic abuse of Australia’s various migrant worker programs. The issue was highlighted in all of its hideous glory when the Senate Education and Employment References Committee released a scathing report By Leith van Onselen After extensive behind-the-scenes lobbying campaign by the Franchise Council of Australia, led by former Liberal Small Business Minister Bruce Billson, the Turnbull Government earlier this year delayed a vote on a bill to prevent worker exploitation. Now the Coalition is in negotiations in the Senate, and the bill reportedly hangs in the

By Leith van Onselen Yesterday, WAM Capital’s Matthew Kidman wrote a article in Business Day arguing that Australia must increase population growth, in particular immigration, or it risks destroying the economy. Let’s take a look. THE first policy a new federal government should dust off when elected next year is ”Big Australia”… The reality is