By Leith van Onselen Toronto’s housing market is showing further signs of life after both prices and sales abruptly plunged. The Teranet-National Bank House Price Index for July was released overnight, which shows that house prices in Toronto are rebounding after plunging 7.4% between July and December 2017: As at July, Toronto values were 4.0% below By Leith van Onselen Acadata has released its latest house price results for the UK, which shows that values in London have begun to rebound after a period of price falls, driven by the top-end of the market: Average prices in England and Wales were slightly down in June, falling by 0.2% from May, although By Leith van Onselen Toronto’s housing market is showing signs of live after both prices and sales abruptly plunged. The Teranet-National Bank House Price Index for June was released overnight, which shows that house prices in Toronto have begun to rebound after plunging 7.4% between July and December 2017: As at June, Toronto values were 4.8% By Leith van Onselen The Financial Times (FT) has published an interesting article on how young Londoners are fleeing the city for other regions of the UK, forced-out by exorbitant housing costs: Knight Frank, the estate agent, has analysed the latest migration data from the Office for National Statistics, which tracks internal moves within the 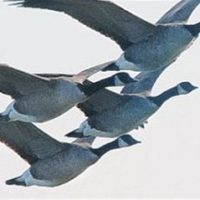 Canada may well be presaging the Australian property market with buying conditions in May falling well below expectations. And its the fault of the millenials of course: New mortgage regulations which are now in full swing have stymied fringe buyers, particularly millennials. According to new data from credit bureau TransUnion, new mortgage originations among millennials in Canada

By Leith van Onselen Toronto’s housing market appears to have stabilised after both prices and sales abruptly plunged. The Teranet-National Bank House Price Index for May was released overnight, which shows that house prices in Toronto have begun to rebound after plunging 7.4% between July and December 2017: As at May, Toronto values were 5.9% below By Leith van Onselen History doesn’t repeat but it sure does rhyme. A decade after the Global Financial Crisis (GFC), 100% mortgages have returned to the UK via the ‘Bank of Mum & Dad’. From Wolf Street: [The UK’s] all-important housing market is beginning to show signs of strain. In April house sales were down By Leith van Onselen The CD Howe Institute has released a new study on how excessive land-use restrictions and planning barriers are driving up the cost of Canadian housing: In any competitive market without barriers to entry, regardless of the product being sold, the overall market price should equal its marginal cost of production. The By Leith van Onselen Acadata has released its latest house price results for the UK, which shows that values in London continue to fall: The retreat in house prices continued in April, and this is now the eleventh month in which the annual rate of house price growth has slowed, albeit at an ever-reducing rate. By Leith van Onselen in Global Housing, US Economy

By Leith van Onselen The Federal Reserve Bank of New York (FRBNY) has released research examining “Home Prices, Housing Wealth and Home Equity Extraction”, which reveals that US home prices has finally rebounded above their pre-GFC peak: Home ownership has returned to is long-run (lower) ‘normal’ level: But like in Australia, has collapsed for younger By Leith van Onselen Canada and Australia have a lot in common. Both economies are commodity exporters. Both countries have experienced high rates of immigration. Both countries largely dodged the global recession that shocked the developed world. Both were said to have world-beating banking systems. And both nations have amongst the developed world’s most expensive housing, when measured

By Leith van Onselen Toronto’s housing market appears to have stabilised after both prices and sales abruptly plunged. The Teranet-National Bank House Price Index for April was released overnight, which shows that house prices in Toronto have been stable for five months after plunging 7.1% since July 2017: Annual price growth in Toronto has also By Leith van Onselen Acadata has released its latest house price results for the UK, which shows that values in London continue to fall: The rate of annual house price growth slowed for the tenth successive month in March to 0.7%, compared to 5.1% a year ago. The average house price in England and Wales

By Leith van Onselen The International Monetary Fund (IMF) has released a new report which shows that global forces have been a major driver of growth in house prices in Australia and abroad over recent decades. The report notes that house price growth has become increasingly synchronised at both city and country level, particularly since

By Leith van Onselen The wheels continue to fall off Toronto’s housing market, according to the Toronto Real Estate Board (TREB): Greater Toronto Area REALTORS® reported 7,228 residential transactions through TREB’s MLS® System in March 2018. This result was down by 39.5 per cent compared to a record 11,954 sales reported in March 2017 and down By Leith van Onselen This time last year, Transparency International ranked Australia as having the weakest anti-money laundering (AML) laws in the Anglosphere, failing all 10 priority areas. By contrast, the UK was ranked as having the strongest AML laws in the Anglosphere, failing just one out of 10 priority areas. Despite the polar opposite findings, By Leith van Onselen in Global Housing, US Economy

By Leith van Onselen CNBC has published an interesting report on the large number of Californians that are leaving the state due to crippling housing costs: Californians may still love the beautiful weather and beaches, but more and more they are fed up with the high housing costs and taxes and deciding to flee to

By Leith van Onselen Earlier this month, it was suggested that the wheels were falling off Canada’s biggest housing market – Toronto-  with the Toronto Real Estate Board (TREB) reporting that house sales had fallen by around a third year-on-year in the Greater Toronto area, with average sales prices for all dwelling types also down By Leith van Onselen It looks like the wheels are well a truly falling off Toronto’s housing market. From the Financial Post: Home sales in the Greater Toronto Area plunged 34.9 per cent in February compared to the same month a year ago as buyers adjusted to new mortgage rules and government policy interventions, the By Guest in Global Housing

By Wendell Cox, cross-posted from New Geography: Housing affordability is what largely drives the standard of living the United States. The 14th Annual Demographia International Housing Affordability Survey showed that, in 2016, there was a 0.83 correlation between the housing unaffordability, measured by the Median Multiple (median house price divided by median household income) and

By Leith van Onselen Just weeks after Moody’s warned that Canada’s (as well as Australia’s) housing market (and banks) were at risk, Teranet has reported its results for November, which recorded its third consecutive fall in Canadian home values, let by Canada’s biggest city Toronto: In November the Teranet–National Bank National Composite House Price Index™ By David Llewellyn-Smith in Global Housing

Via Bloomie: Canada’s banking regulator released final rules that will make it tougher for borrowers to take on uninsured mortgages, adding to a growing list of measures to rein in the nation’s housing markets. The Office of the Superintendent of Financial Institutions announced measures targeting borrowers in the uninsured segment of the mortgage market that has been responsible for By Leith van Onselen From Bloomberg comes news that London’s house prices are falling at their fastest pace since the Global Financial Crisis: Early data point to home values in London declining 2.7 percent in September from a year earlier, the most since 2009, according to Acadata and LSL property Services. A 0.7 percent fall By Leith van Onselen This site has frequently railed against the unfair treatment leveled at Australia’s Millennial generation. This inequity is most apparent in the housing market, where today’s younger generations are being forced to pay far more than their parents to live in smaller and poorly located accommodation. But it extends beyond housing and By Leith van Onselen In the wake of June’s Grenfell tower disaster in London, which claimed the lives of around 80 people, another high-rise fire has been reported in Dubai caused by similar combustible cladding. From The Australian: A blaze is engulfing one of the world’s tallest residential buildings in Dubai, but authorities say the 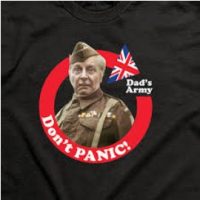 By Leith van Onselen After being lectured for years by various ‘experts’ that Chinese buyers were not driving up Melbourne and Sydney property values, and might even be lowering prices by boosting supply, the narrative is finally changing. A case in point is the latest rant by Robert Gottliebsen (aka ‘Gotti’), who worries that Chinese By Leith van Onselen Toronto sellers are rushing to list their homes for sale after a double whammy of government restrictions on foreign buyers and the near-collapse of Home Capital Group Inc. From Bloomberg: “We are seeing people who paid those crazy prices over the last few months walking away from their deposits,” said Carissa