Former high flying central bank advisor and current Citigroup Chief Economist, Willem Buiter, last night appeared on Bloomberg radio to politely destroy any notion that the European crisis is over. Among his statements he included high probability forecasts that Greece will need another bailout by year end, Portugal next year, Ireland before long and Spain

By MacroBusiness in European Economy, US Economy

Find below Chairman Ben Bernanke of the US Federal Reserve on his latest testimony to the US Congress, focusing on Europe: Developments in Europe and Their Effects on the U.S. Economy For almost two years, developments in Europe have had an important influence on the tenor of global financial markets and on the global economy 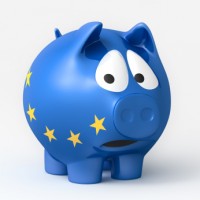 So, as I suspected would happen, the push-back against the suicide pact continues. This week Spain managed to convince the EU that it should be allowed to loosen its deficit targets for this year a little in return for a greater push in 2013. Eurozone finance ministers have given unemployment-ridden Spain more wiggle room in cutting