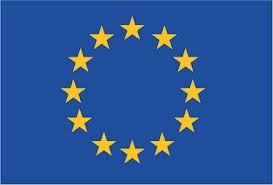 Composite Purchasing manager Index(PMI) data was released overnight for the Eurozone and much like the manufacturing release earlier in the week there was nothing to get excited about. German services collapsed in August to their worst reading since July 2009 and the composite index for the country moved deeper in contraction at 46.3. It now has become clear that the slow-down in economic activity in the Eurozone is biting the export giant.

Aside from Ireland the news elsewhere wasn’t much better as Rob Dobson from Markit economics explains:

The final August PMI came in only slightly below its earlier flash estimate, leaving the Eurozone economy on course to fall back into technical recession in the third quarter. Sharp declines in new orders at manufacturers and service providers, plus further job losses, mean that there is little prospect of a sustained improvement in economic conditions over the near-term.

Some heart can be taken from the recent recovery in Ireland, which is providing hope to others that a return to growth is possible, and further evidence that the downturns in Italy and Spain may at least be easing. The looming concern is the increasing signs of weakness coming out of Germany, the nation others were looking to as a pillar to prop up growth in the broader currency region. With its export engine in reverse gear and domestic demand faltering this is looking less likely as the year progresses. If the core nations falter, the outlook for the periphery will surely worsen.

Eurozone economic output contracted for the seventh successive month in August. At 46.3, down slightly from 46.5 in July, the Markit Eurozone PMIComposite Output Indexcame in below its earlier flash estimate of 46.6. The average index reading so far in Q3 2012 (46.4), is in line with that registered for the second quarter as a whole.

The downturn in output was again steeper in the manufacturing sector. Although the rate of contraction in manufacturing production eased to a two-month low, it was still one of the steepest registered since the end of the previous recession in 2009. Service sector business activity fell for the seventh straight month, and at a slighty faster pace than in July.

August data signalled a widespread contraction of economic activity across almost all of the nations covered by the survey. The steepest rates of decline were still registered in Spain and Italy, while the modest downturns in Germany and France also continued. Brighter news was signalled for Ireland, with output rising for the third month in a row and at a slightly faster pace than during July.

August data signalled that the Eurozone economy was still being hit by weaker inflows of new business, leading to rising job losses and the ongoing presence of excess capacity.

Incoming new work fell for the thirteenth consecutive month in August, with the rate of decline the second-fastest during that period. Companies indicated that underlying demand for goods and services was being affected by the ongoing debt and political uncertainty in the Eurozone, and by the onset of softer global economic growth. The big-four nations all reported reduced inflows of new business, with the steepest rate of decline reported by Germany.

Employment fell in France, Italy and Spain, but only Italy reported a quicker rate of job losses than in the previous month. Staffing levels were broadly unchanged in Ireland. The German labour market continued to hold up comparatively well, with modest job creation recorded for the third time in the past four months.

Backlogs of work continued to decline despite lower employment. Outstanding business declined for the fourteenth straight month in August, with solid reductions signalled in all of the nations covered by the survey.

Cost pressures rose moderately in August, as an accelerated rate of increase at service providers offset a decline in manufacturers’ average input prices. However, the rate of deflation at manufacturers eased sharply over the month.

Strong competition and weak demand continued to exert downward pressure on average selling prices in August. Output charges declined at manufacturers and service providers alike, with the slightly steeper rate of reduction in the service sector. Selling prices fell across all of the nations covered by the survey. Spain saw the sharpest reduction, whereas the pace of decline was only negligible in Germany.

Tonight the ECB president, Mario Draghi, will release his proposal for further monetary stimulus in the face of growing economic trouble across the zone. As far a I can tell from the reports we are looking at a re-ignition of the SMP with an “unlimited” cap on the proviso of a binding fiscal program under one of the emergency mechanisms:

Under the blueprint, which may be called “Monetary Outright Transactions,” the ECB would refrain from setting a public cap on yields, according to the people, and a third official, who spoke on condition of anonymity. The plan will only focus on government bonds rather than a broader range of assets and will target short-dated maturities of up to about three years, two of the people said.

To sterilize the bond purchases, the ECB will remove from the system elsewhere the same amount of money it spends, ensuring the program has a neutral impact on the money supply. At the moment, the ECB mops up the impact of its mothballed bond-purchase program by offering banks weekly term deposits that currently return 0.01 percent.

With the central bank’s deposit rate at zero and the euro- area banking system currently awash in about 800 billion euros ($1 trillion) of excess liquidity, a larger bond program may not present the ECB with a major obstacle.

While the ECB doesn’t expect to have to spend large sums of money on bonds, Draghi’s plan calls for no limits to be set, two of the officials said. The ECB also won’t have seniority on any bonds it buys, they said. No yield-spread targets or bands will be set publicly, they said. Two said targets won’t be set internally either and that interventions will be discretionary.

All rumours and hearsay at this point. We’ll get the real story tonight from Mr Draghi which I can only assume will be followed by the response from the European political ranks on both sides of the divide.