I am currently pulling property-related data for an upcoming subscriber special report on the property markets of English-speaking nations.

Yesterday I uncovered a treasure trove of data on Ireland, which has managed to successfully deleverage from one of the world’s biggest property bubbles leading into the 2008 Global Financial Crisis (GFC).

The below charts tell the tale. 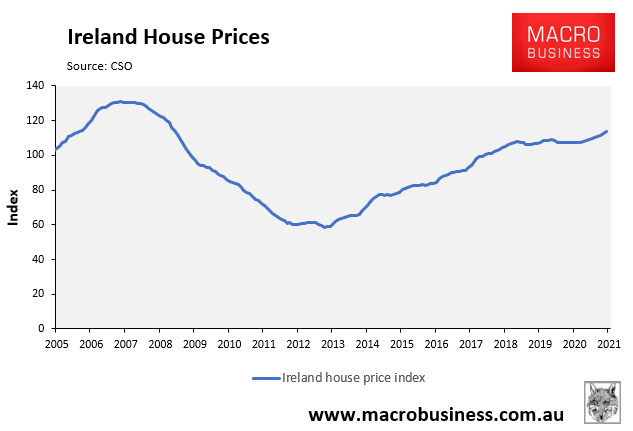 Ireland house prices yet to recover to their 2007 peak. Finally, the value of Ireland’s housing stock to GDP and aggregate employee income remains way below its pre-GFC peak: Which ever way you cut it, Ireland has weaned itself off property while other English-speaking nations like Australia, New Zealand and Canada have leveraged up.