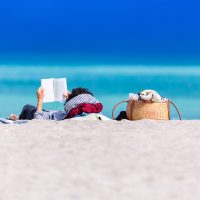 With social distancing likely to be the norm over the next two years, the notion of sardine-packing residents into trains, buses and trams is obviously no longer viable if Australia is to contain outbreaks of COVID-19. Indeed, a new Roy Morgan survey suggests Australia faces a dilemma: “continue working from home or return to work A Senate committee has been told that businesses and households have now deferred around $250 billion worth of loan repayments due to the coronavirus pandemic. However, Australian Prudential Regulation Authority (APRA) chairman Wayne Byres conceded that some customers will not be able to repay their loans when they are required to resume repayments: Australian Prudential Average hours worked increased from 32.3 per week in April to 32.8 per week in May, according to a study by the Australian National University’s (ANU) Centre for Social Research and Methods. The increase followed the easing of COVID-19 restrictions and improved health results, with the study also finding that employment has levelled out at New data makes a mockery of the Queensland Government’s border closures. While there have now been 7,150 confirmed cases of the coronavirus in Australia, and the nation’s death toll stands at 103, the number of active cases has fallen to just 466, after falling by one-third over the past fortnight. This includes only 378 active Gareth Aird, head of Australian economics at CBA, has published research on the extent to which household impacts have been supported by the federal government’s stimulus: Key Points Growth in government benefit payments has accelerated due to both the number of people receiving JobSeeker as well as the doubling in the fortnightly JobSeeker payment. Growth History doesn’t repeat but it sure does rhyme. In 2011, the Gillard Government agreed to pay Telstra $9 billion in instalments for its fixed line customers to migrate to the National Broadband Network (NBN). This decision was made, in part, to remedy the structural mess made by the Howard Government when it privatised Telstra in The education lobby has been caught out exaggerating the collapse in international students, which according to Department of Education data, is actually not that large: Only about 121,000, or 20 per cent, of some 606,000 primary student visa holders were stranded outside Australia on 17 May… The figures, which have not been released publicly, show In the week ended 28 May 2020, the CoreLogic 5-city daily dwelling price index, which covers the five major capital city markets, fell by 0.27%: It was the third consecutive weekly decline. The falls were driven by Sydney and Melbourne: Over the first four weeks of March, dwelling values have fallen by 0.44% at the The easing of lockdown restrictions has improved confidence in the Australian economy, according to the latest Melbourne Institute Survey of the Impact of COVID-19 in Australia, which contains responses from 1200 persons aged 18 years and over. However, 40% of survey respondents expect to be impacted for at least another six months and 28% are CoreLogic has released the final auction clearance rate for last weekend, which has rebounded to 62.7%; albeit off volumes that are less than a third of last year’s levels: According to CoreLogic: The final weighted average clearance rate came in at 62.7% last week, surpassing the previous week’s 60.4% as the highest result since the The Australian Bureau of Statistics (ABS) today released data on capital expenditures (capex) for the March quarter, which registered a 1.6% seasonally adjusted fall in capex volumes over the quarter and a 6.1% decrease over the year (see below table). However, the 1.6% quarterly decline beat market expectations of a 2.6% decline. The first chart The Centre for Independent Studies (CIS) has forecast that the combined debt of the state and federal governments will top $1.2 trillion by 2022. This equates to about 60% of GDP. The CIS also warns that much of the states’ revenue is at risk of a major decline in coming months due to the impact

From Seek: Key insights (weeks 20 & 21 compared to April 2020): New job ads posted on SEEK during the fortnight ended 24 May are up 39.7% compared to April 2020. This is a further uplift from 26.8% In the previous two weeks. The biggest contributors to job ad growth are Trades & Services, Hospitality The Reserve Bank of New Zealand (RBNZ) yesterday released its bi-annual Financial Stability Report (FSR), which stated that the nation faces its sharpest economic contraction in 160 years: In New Zealand, border closures and economic lockdowns have led to an unprecedented decline in economic activity. Even accounting for an expected recovery in the second half 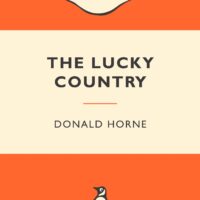 The record surge in March retail sales on the back of panic buying of groceries, alongside the smaller than expected fall in construction, won’t be enough to save Q1 GDP, according to economists: Westpac’s Andrew Hanlan said the slightly better than expected [construction] figure would not change the view of the bank’s economists that March People often say that investors are the marginal price setters in the property market, especially in Sydney and Melbourne. If true, the below story from The AFR will have the property industry concerned, given investors are reportedly set to dump rental properties: One in three renters face housing stress and are at risk of defaulting Australia’s universities continue to cry poor over the reduction in international student numbers, signaling heavy financial and job losses: While universities across Australia have different exposures to the coronavirus-induced downturn, revenue is estimated to drop by $3 billion this year collectively. That could cause the loss of up to 21,000 jobs, with 7,000 estimated to

Callam Pickering, economist at global jobs site Indeed, has provided another update on Australian job postings. According to Pickering, new job postings have more than doubled since their low on 19-April: Total job postings are tracking 51% below their trend last year, but have clearly improved over recent weeks: Pickering has also deconstructed ABS data By Leith van Onselen in Superannuation

Robert Lechte, a welfare-state advocate living in Melbourne, believes that Australia’s superannuation system “enshrines inequality”: Like other market-based schemes, superannuation has reinforced and accelerated existing inequalities. Because super is primarily funded by employer contributions, it is self-evidently terrible for the unemployed or those out of paid work due to disability, sickness, or caregiving. They earn According to Robert Gottliebsen, new car sales may be about to boom: Google searches for new and used cars have risen rapidly in recent weeks and this could signal that demand for new and used cars has finally turned… The car industry should benefit from further COVID-19 relaxations. Australians have been slashing their expenditure on

The Queensland government is reviewing its border restrictions on a monthly basis, as it faces growing pressure to relax the ban on interstate travellers. However, Premier Annastacia Palaszczuk says the state will not re-open its borders until no new coronavirus infections have been recorded in New South Wales and Victoria for 28 days. They are In June last year, Sydney’s 132-apartment Mascot Tower was evacuated after large cracks were discovered. Fresh cracks appeared in February, prompting authorities to close shops and set up an exclusion zone around the building. Then last month it was revealed that apartment owners are face a repair bill of $53 million, or $405,300 per apartment.