There are few journalists with enough knowledge of statistics to check the facts of those making wild claims.  It has become a hobby of mine to actually check the facts, particularly of the most outrageous claims, which typically go unchallenged.  Please send any tips for future installments of Macro Media Watch to [email protected] Today’s Media Watch

By Unconventional Economist in Economics

Last week, the Prince posted the below chart showing the spectacular rise and then stagnation of private credit in Australia: This rise in private credit, which is largely attributable to housing debt, has seen Australia become one of the most heavily mortgaged nations in the developed world (chart from the IMF): Commentators like Professor Steve

Guest post from Satyajit Das: The key element of derivative market reform is a central clearinghouse, the central counter party (“CCP”). Under the proposal, standardised derivative transactions must be cleared through the CCP that will guarantee performance. The debate surrounding the CCP provides an insight into the problems of controlling countreparty risk, complex interest of

For over fifteen years, a story about a professor’s classroom experiment of ‘socialising’ grades has been circulating around the globe in various forms, and mostly recently as a chain email.  The story apparently shows that ‘social loafing’ is inevitable in a society where rewards are averaged for a group, rather than efforts rewarded individually. Taken to its Public debate over Internet piracy is riddled with contradictions and fingerprints of vested interests.  In the US, congress is considering the Stop Online Piracy Act (SOPA), while in Australia, an alliance of internet service providers had their proposal to crack down on piracy rejected by the Australian content Industry Group (group of music, software and

In his trademark way, Steve Keen recently upset the apple cart of the economic mainstream by questioning the assumptions economists make to explain the benefits of free trade between nations.  Free trade is yet another example of an economic principle that is sound at an individual level, but cannot be simply translated to a macro level. Keen Most economists understand is that growth in mobility and travel has for centuries signalled growing prosperity. Indeed, measures of transport miles are often used as indicators of economic activity.  The graph below is from Millard-Ball and Schipper’s 2010 article on trends in per capita vehicle miles, showing the strength of this relationship since 1970 in

Find below a video of Steve Keen’s recent appearance on BBC HARDTalk. He stands up well under a withering barrage of questioning very much from within the neo-classical frame of reference, including some pretty weird ad-hominem attacks. 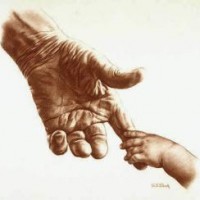 Life expectancy has peaked in some US States according to recent research. This follows research published in 2005 that suggests current living children may not outlive their parents, and that peak life expectancy in the US may be reached between 2030 and 2040. Mostly, this is attributed to the massive spike in childhood obesity which typically results in

Australian economist Steve Keen has released a second edition of his book Debunking Economics.  It should be compulsory reading in any economics course, and certainly contains many lessons for policy makers. I will state up front that I have been a follower of Keen’s work for some time, having read some of his academic publications

Why don’t Australians fill up elevators even when there is long queue?  The elevator will be labelled for a maximum capacity of 22 people, but once eight people go in, no one else will (except me of course). I had an interesting experience my first time skiing in Austria.  I was being very Aussie and

A couple of weeks back I noted that Hungary’s new fat tax is unlikely to slim the populous or reduce health costs.  While MacroBusiness has a wide readership, UK Prime Minister David Cameron is clearly not amongst them, as his recent suggestion of a ‘food levy’ to battle obesity suggests. Also, it was too late

How much of consumer spending is driven by our identity and the need to signal it to others?  And where exactly does our identity come from? The more I think about it, the more I feel that identity – the projection of the person we desire to be – is a primary driver behind all

One idea raised at this week’s tax talkfest was road congestion charging.  Economists on both sides of the political spectrum seem to love it, citing London, Manchester and Stockholm as example of successfully implemented schemes. What is most surprising is the silence surrounding economic arguments against congestion charging (although Gary Banks, Productivity Commission Chairman, warned

Leonard Mlodinow’s terrific book The Drunkard’s Walk is an historical narrative on the philosophy of randomness and probability intertwined with modern statistical anecdotes. If the inner nerd in you enjoys a little mathematical philosophy like mine does it is definitely be worth the read. The anecdotes in the book provide lessons on the cautious interpretation It has been a while since the last mailbag but I got asked a cracking question over the weekend so it is definitely time to share another e-mail with the wise readership of MacroBusiness. Today’s e-mail comes from a reader Harrison who is wondering where all the banking deposits are coming from. Just wondering if

Earlier in the week I argued that coordination problems, in the same vein as the Prisoner’s Dilemma, potentially lead to suboptimal outcomes in terms of the trading off productivity gains for leisure instead of increased incomes. A diligent reader queried one of the claims made in that post – that leisure time has been relatively constant

The Euro crisis appears to be developing into something similar to the 1980s Latin American debt crisis when the idea that, to quote Walter Wriston, who ran First National City/ Citibank from the 1960s into the 1980s it was assumed that: “countries don’t go out of business.” The Latin American leadership demonstrated that they, in effect, could,

Fungibility is a feature of a good where two items of that good are so close in their features that they equal substitutes.  Currency is the ultimate example.  If I lend someone $50 it doesn’t matter to me whether that same $50 note is returned, or another equally good $50 note.  Other fungible goods include

In an ideal world, a selection of price indexes would be easily constructed and highly reflective of economic reality.  But we don’t live in that world, and we muddle our way through doing our best to measure price changes in the broadest sense. Despite many unresolved issues surrounding the methods and interpretation of hedonic price

I was recently in touch with a Swiss friend of mine who casually mentioned that the Swiss government was taken action to help their economy adjust to the undesirable strength of the Franc (CHF), shown in the charts below.  Given that the Australian government and the RBA have been silent about the disruptive impact of

Many readers have noted the largish impact that MB has had on the reporting of the national media on certain topics. Indeed, one reader coined the term “”Macrobation” to describe the phenomenon. Now the World Bank is out with fascinating new research into the effect economics blogs (h/t Adrian). And it’s a ringing endorsement: Economic

So, that was the US week that was. The August data flow was probably a little better than I reckoned on but was certainly bad (I tend to move more quickly than an economy does). Indeed, data was bad enough, especially Friday’s employment report, that the tenure of US debate has clearly shifted from worry

The MB nemesis, Gittins!, offered a piece over the weekend in which he gave the economics fraternity a caning for failing to foresee the current global slowdown. Using the now famous Carmen Reinhart and Kenneth Rogoff text, This time it’s different, Gittins! concludes: In their landmark study of hundreds of financial crises in 66 countries