Earlier this month, Victorian university annual reports were tabled in state parliament, showing that nearly every institution improved its financial position in 2021 compared to the previous year.

The standout was the giant Monash University, which posted a record surplus of $416 million for 2021.

NSW university annual reports were tabled tabled in state parliament on Monday, which likewise showed that nearly every institution recorded larger surpluses. The standout there was the University of Sydney, whose revenue grew by $1 billion last year, recording the biggest surplus in its 172 year history:

The university’s books showed its revenue from inter­national student fees rose by nearly $250 million to $1.05 billion in 2021, which accounted for nearly 40 per cent of the university’s total income in the year.

It comes after the country’s oldest university made 223 staff redundant last year, which helped to reduce ­employee-­related expenses by nearly $60 million…

Macquarie University posted a surplus of $62 million last year making a comeback from its $55 million loss in 2020 and Western Sydney University recorded a 2021 surplus of $143 million up from a $22 million in 2020.

So, despite universities continually crying poor, the sector continues to print profits.  If only other sectors of the Australian economy were so lucky.

There is a great myth that the federal government has “cut funding” to universities. While funding growth did slow, it still rose significantly over the decade to 2019: Sharrock showed that public funding for universities grew significantly between 2011 and 2019, alongside the boom in international student revenue: 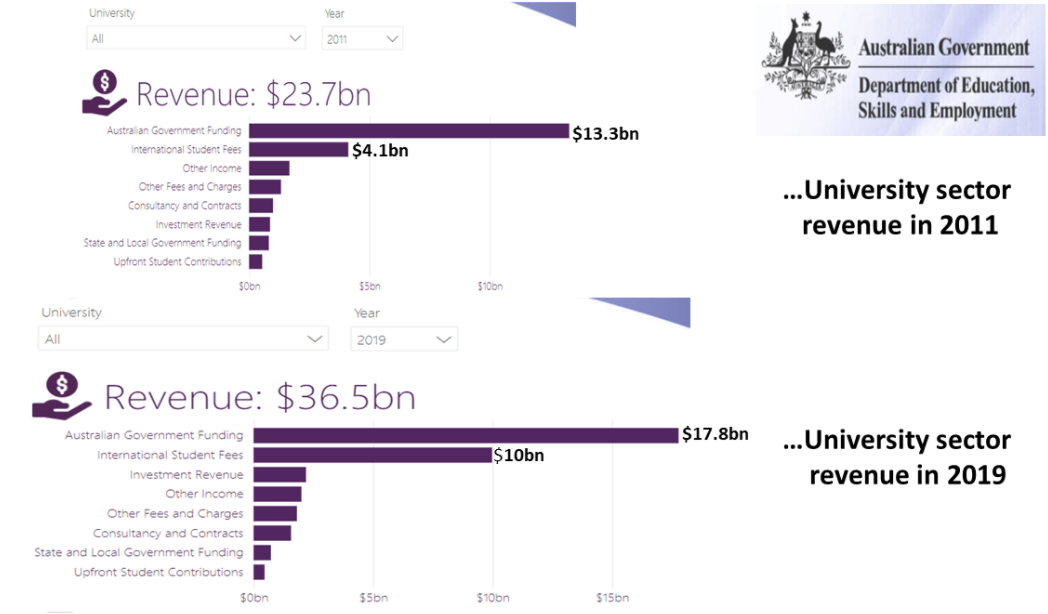 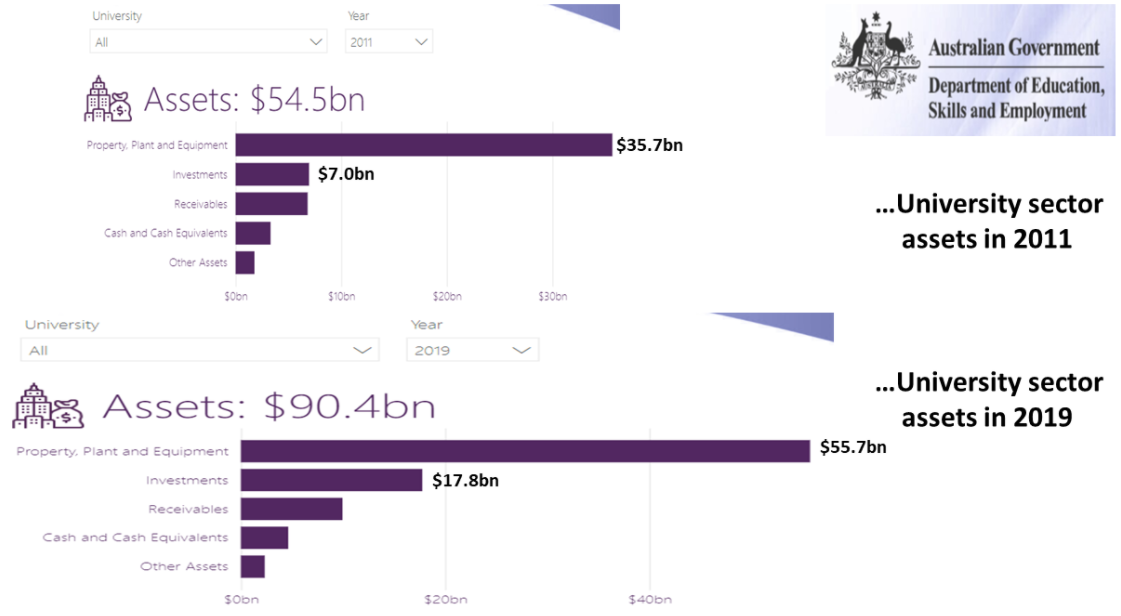 Sharrock concluded that “Australian universities have seen strong growth in public financing for over a decade; and even stronger growth in offshore student revenue until the 2020 disruption”. Instead of continually crying poor, Australia’s universities should focus on cutting their bloated bureaucracies and their obscene investments in shiny new buildings.

They should also stop stealing wages from their teaching staff.

Our universities’ focus should be centred on providing high quality education to Australian students, alongside research that benefits Australia. Not chasing international student dollars and empire building.

Last month, The AFR reported that Australia was

For Indian students, work visas and residency are the prize

Last week I reported that the Western Australian