Fairfax’s senior economics writer, Matt Wade, penned an article yesterday claiming that Australia is failing its youth, who have struggled for job opportunities and wage growth since the Global Financial Crisis (GFC):

The Productivity Commission points out that between 2008 and 2018 the average real incomes of those aged 15-34 fell, while older Australians’ incomes continued to rise. It has been a “lost decade” of income growth for the young, said the commission…

New research by Melbourne University economists Jeff Borland and Michael Coelli underscores how miserable the past decade has been for young workers. Between 2008 and 2019 the share of people aged 15-24 with a job fell by 4.3 percentage points, whereas for those aged 25 years and over the share increased.

The study found that since the 2008 global financial crisis young workers “were more likely to be: employed part-time or long‐term unemployed; start their work careers in lower‐quality jobs; and need to compete for jobs through activities such as unpaid internships”.

Borland says Australia must find a way to push the unemployment rate down to about the 4 per cent mark – more than a percentage point below where it hovered for much of the past decade. “The big beneficiaries of that will be young people,” he said.

Our main contention is that worsening employment outcomes for the young in the decade following the GFC were caused primarily by increases in labour supply which have meant extra competition for jobs sought by the young, and resulted in them being ‘crowded out’ from employment…

For the young who are in full‐time education, the main source of increased labour market competition in the decade after the GFC was from within their own age group — from an increased number of young international students and holiday travellers seeking part‐time work.

What is also critical is that the occupational composition of employment of recent young immigrants (aged 15–24 years who arrived in the last 2 years) is similar to full‐time students of the same age (Australian‐born and immigrants who had not arrived in the past 2 years). Young newly arrived immigrants are therefore most likely to be seeking jobs in the same small set of occupations into which it has been shown that young persons in full‐time education are largely segmented. This suggests that the increase in labour supply by young immigrants post‐GFC substantially increased competition for employment in those occupations…

For young persons who are not attending education full‐time, increased labour market competition has come from relatively strong and steady growth in aggregate labour supply…

In the years prior to the GFC the increase in labour supply was outpaced by employment growth. However, since the GFC that pattern has reversed. This has meant that the rate of labour underutilisation — the proportion of available hours of labour supply that are not being utilised in employment (reflected in unemployment or under‐employment) — has increased.

In making forecasts of the labour market outlook for the young, it is also necessary to consider what may happen to labour supply. In the years prior to the onset of COVID‐19 there had been strong growth in aggregate labour supply; and relatively high rates of growth in the population aged 15–24 years had been projected for the 2020s. The impact of COVID‐19, of course, has been to substantially reduce that projected growth.

Interestingly, the collapse in international student numbers since the beginning of the pandemic: Has been a big driver of the sharp decline in youth unemployment and underemployment, despite more young Australians participating in the labour market: Who would have thought? Not having to compete for jobs with hundreds of thousands of foreign students and graduates improves employment opportunities for younger Australians. May wonders never cease. 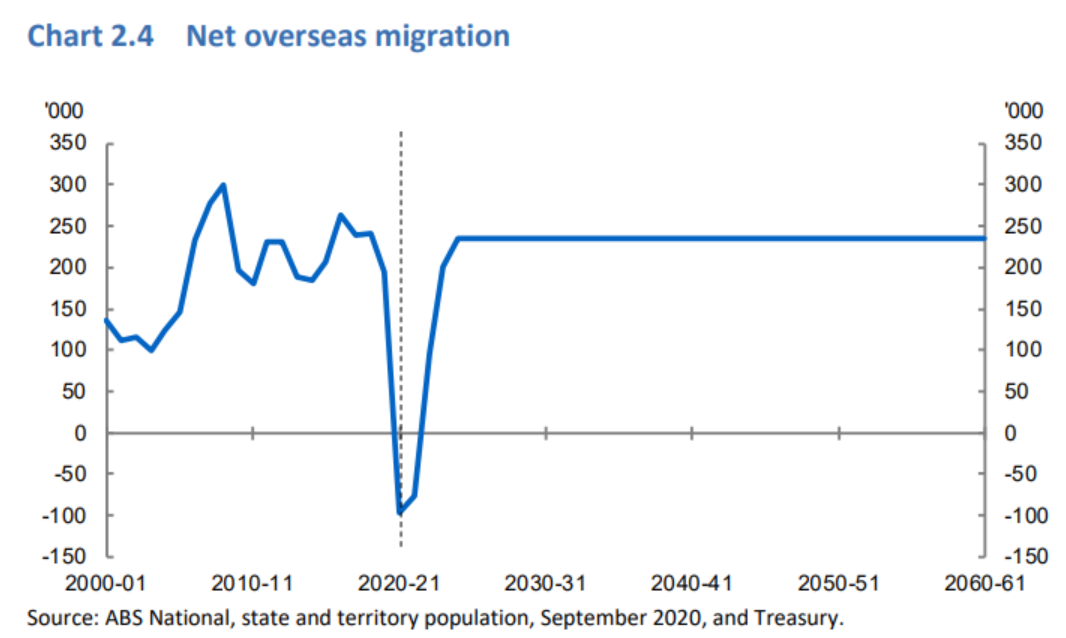 Will slaughter Australia’s youth by reducing their job opportunities and wages, while also forcing them to live in smaller, more expensive housing.