The national accounts for the June quarter revealed that Australia’s terms-of-trade (ToT) hit its highest ever level, surpassing the September 2011 peak: 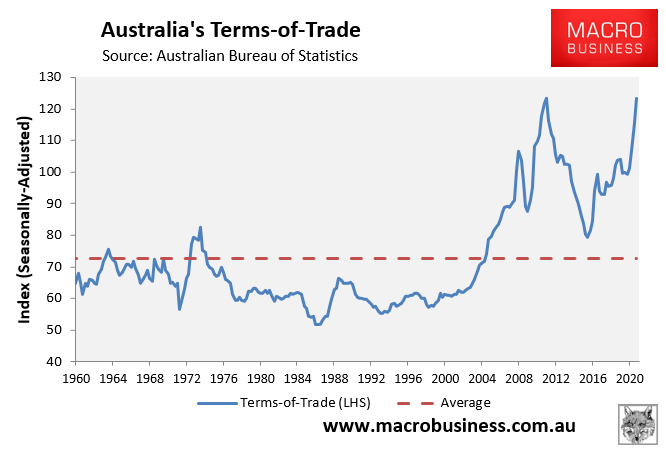 That is likely to the be as high as the ToT gets, however, with the RBA’s commodity price index for August registering a 6.0% decline in SDR terms after hitting a record high in July. This was on the back of the crash in iron ore prices:

There are 687 words left in this subscriber-only article. The commodity price index and terms-of-trade will continue to fall as the great iron ore price boom unwinds.