Andrew Scott and Rod Campbell, authors of the new book The Nordic edge, have penned an article in The AFR calling on Australian policy makers to emulate the Nords on policy:

I wholeheartedly agree with the thrust of the article (book) and have made similar arguments in the past.

However, the one area where I would especially like to see Australia emulate the Nords is on population growth.

The Nordic nations have achieved their success without resorting to strong mass immigration driven population growth: 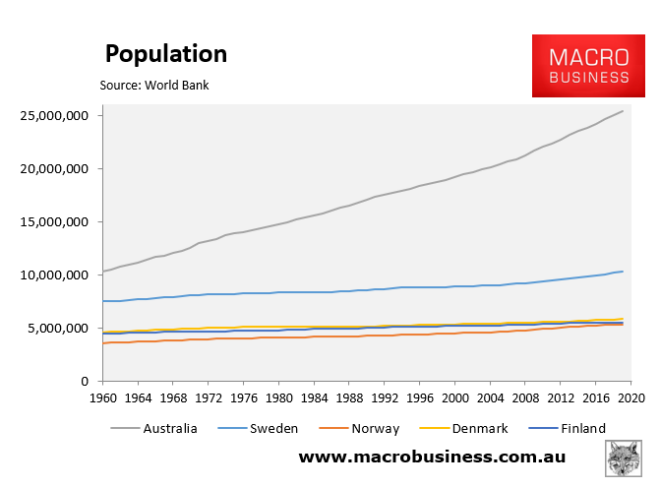 Australia should indeed seek to emulate the Nordic countries by focusing on improving productivity and living standards instead of perpetual low quality, quantity-based growth that benefits a small number of elites over the masses.