Cross-posted from Bullion Baron. I haven’t seen so much talk about whether Gold is a bubble or since around 12 months ago when Gold peaked at a record high above US$1900. After writing my piece on Gold/Silver (and my expectation they will head into a bubble) nearly 3 weeks ago: Saddle up for bubble phase in Little to go on yesterday with many markets still in holiday mode but the 12month swap rallied handsomely: The only other data point of significance was Port Hedland shipping volumes for September which showed a sharp drop: It’s looking a bit toppy but not enough to draw any conclusion. I wondering if the RBA has From the AFR: Australia is poised to take a significant step towards exporting uranium to India in a landmark move that promises to open up millions of dollars of sales for companies such as Paladin, Toro and Energy Resources of Australia and double national production by 2020. When she visits India in a fortnight, Prime Not much movement in the iron ore market yesterday: Here’s the price chart for context, including spot and 12 month swaps: Newcastle coal is not rebounding and continues its bear market: Yesterday’s iron ore prices showed more stability: ANZ also produced one of its semi-regular special reports and, although it has cut its forecasts for 2013 and beyond, remains attached to the iron ore price floor theory in the longer term. It’s worth a read for its assessment of how grim things are currently in Chinese A sub-component of China’s official PMI is the steel PMI. It offers us a useful glance of activity within the steel sector in particular. Like the broader PMI, conditions deteriorated less quickly in September with the headline result a sub-par 43.5 but well up from August’s 39.9: Moreover, new orders and new export orders both Find yesterday’s steel complex prices above. There are a couple of interesting bits around on the iron ore price today. The first is from Alphaville on ye auld price floor: The cost curve theory is that the highest cost producers (who happen to also be in China) will drop out when iron ore prices fall below From the AFR: Chinese steel production will fall over the next three years, according to figures released at a major iron ore conference on Thursday. The Deputy Secretary-General of the Metallurgical Mines Association of China, Liu Xiaoliang, forecast that by 2015 China would demand only 705 million tonnes of crude steel. That is a fall Yesterday’s iron ore prices show more stability: The rally in steel prices is reassuring but it looks like more pressure ahead for thermal coal. There is a quote today from Mark Pervan of ANZ in the SMH about the longer term price for iron ore: The head of ANZ’s commodities research, Mark Pervan, said the Yesterday’s iron ore prices show continued consolidation: I’m not sure we’re going to see much more upside here in the near term. The decision by India yesterday to limit some iron ore exports seems to have little effect on the market. Such news used to send the price up 20% or more. Here are the Friday saw the ore price end the week on a soft note: Not much to add except to say that the 12 month swap looks reasonably priced at these levels given the outlook: Chinese steel prices took a breather: And there is still no real drawdown on Chinese port inventory: For those that have never tackled the LNG market, there is an excellent comment thread available on yesterday’s story about Japan’s push to break the current contract pricing system. It’s full of leads and interesting arguments. Enjoy. 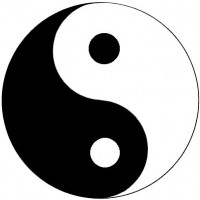 There’s a unsettling story in The Australian today about a Japanese push to break the oil-benchmarked LNG contract pricing system: JAPAN’S drive to sever the oil link in the pricing system for liquefied natural gas could slow development of Australia’s gas industry, oil and gas company Santos has warned, saying the current pricing system was Another wild day for the iron ore market with 12m swaps reversing spectacularly, spot showing less trouble and Chinese steel prices firming up.  So long as the rally in Chinese steel prices persists so too will the ore price. And on that front, the World Steel Association released its August figures today: Brussels, 20 September Courtesy of ANZ. Newcastle FOB October coal prices improved slightly to USD91.8/t. BHP Billiton boosted thermal coal production in its 2012 financial year, with record high output at two of its thermal coal mines in Australia and Colombia. BHP’s coking coal data was more bearish, with a large fall in earnings at its coking coal operations in 2012 due to 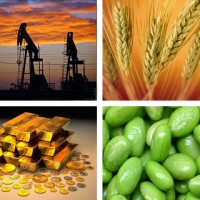 In some good news for the Australian economy, it looks like the medium term bottom is in for the iron ore price: That’s an encouraging table with the entire steel complex on the up. Here are the charts: My retest of the lows looks to have already happened and moved on. Indeed I think it’s While we seem to have passed the short term nadir for iron ore prices, coking coal is still taking a battering. From ANZ: Newcastle FOB physical coal prices were steady around  USD91.1/t. Thermal coal markets appears to have based and  may find slightly better support as we enter the seasonally  strong winter demand period. We From the AFR: Fortescue Metals Group has secured a commitment for a new debt facility of up to $US4.5 billion underwritten by Credit Suisse and JPMorgan that it will use to refinance its existing facilities and provide it with additional liquidity. …Fortescue said the earliest repayment date for any of its debt is now November The rally continues, this time in Chinese steel prices as well: And the charts: