Australian LNG has a long history of pioneering investment. From the North West shelf to the first floating LNG project ever constructed.

Like other Australian commodities this history aligns with that of development economics of Asia. The first wave of Australian LNG development grew to service a modernising Japan and its demand for energy.  This bilateral relationship has a long history of cordial relations, share-equity investment and oil-linked contract pricing to satisfy both parties.

The second wave of Australian LNG was far more chaotic, matching the staggeringly swift rise of the much larger Chinese economy. It began along with the pre-GFC oil boom and Malthusian assumption that the world was going to fall short of everything as the enormous Chinese and then Indian middle classes ballooned and consumed more energy per capita.

Multitudinous LNG projects were sanctioned in Australia which found itself by 2010 developing no fewer than seven LNG project simultaneously. Needless to say this did not end well with gigantic cost blowouts for all as they competed for labour and other resources.

Yet, as the commodity super cycle peaked in 2011, demand suddenly fell well short of expectations and kept doing so over the next four years. Making matters worse, the US shale revolution suddenly turned that nation from net LNG importer to net exporter of a magnitude equal to Australian LNG. The global glut from 2015 was enormous.

The Australian LNG boom included a particularly cavalier offshoot in QLD where coal seam gas was liquefied via three projects on Curtis Island. As the boom subsided, and oil-linked prices crashed, the companies involved were all either sold or destroyed.

The legacy left by the projects was one of very high Australian gas prices with very low Asian gas prices, also delivering an huge blow to the competitiveness of the east coast economy. Thus the $200bn investment proved to be the greatest single capital mis-allocation in the history of the Australian economy (and surely global energy markets) and was little more than a monument to Banana Republic economics as tax takes failed, income fell and hollowing out transpired on raised local costs.

MacroBusiness was the only analytic house to call the Australian LNG bubble early, track it and predict its demise. It continues to cover the LNG sector with daily updates and a large grain skepticism and is a must read for anyone that needs to know the economic forces coming to bear on the sector.

By Leith van Onselen Citigroup has today released interesting analysis of US President Barack Obama’s new Climate Action Plan, which is highly supportive of renewables and natural gas, but negative for coal. On LNG exports, Citigroup says the following: In an effort to encourage fuel switching from coal to gas globally and developing a global 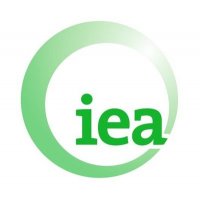 From The Australian: THE International Energy Agency has warned of further delays and cost blowouts at Australia’s $190 billion pipeline of LNG projects, many of which it says may be too exposed to any changes in LNG pricing. The Paris-based energy watchdog also does not see expansions of plants such as Gorgon, let alone any A rare treat this morning for investors with mining services firm, Clough, announcing a profit upgrade. From the AFR: Strong contract performance and cost efficiency and productivity measures have seen the engineering and project services company upgrade fiscal 2013 earnings before interest and tax expectations to $90 million on revenue of $1.5 billion. …Clough has benefited Cross-posted from The Conversation Australia may have over 1000 trillion cubic feet in undiscovered shale gas resource but the enormous cost of infrastructure needed to extract it may outweigh its economic benefit unless shale gas prices rise, a new report has found. Shale gas, which is buried further below the surface of the ground than Hmmm…it really does pay to pay attention to the global economy. From The Australian: AUSTRALIA’S high-cost liquefied natural gas projects – the investment backbone of the nation’s economy – are under increasing pressure from Asian buyers demanding steeper discounts amid evidence at least $60 billion worth of gas supply deals have fallen over. Chevron, the A new McKinsey report has everyone excited. From the AFR: The challenge is great – we need to be more productive than our competitors in a whole host of areas to close what is a significant competitiveness gap. Improved productivity is the key, and a collaborative approach between individual companies, the industry, policy-makers and regulators is required. If Arrow LNG was originally conceived as $25 billion four train LNG behemoth on Curtis Island in Queensland to be fed by coal seam gas. The third and fourth trains have already been removed from the plan decisively enough for BREE to remove the project its likely list. I’ve been expecting further rationalisation of the project What is it, national MB day today? From the AFR, Warwick McKibbin is out with another warning that will be familiar to readers: Professor McKibbin said the expected massive expansion of shale gas in the US would reduce the price of world gas prices from 2016 onwards. This would cause manufacturers and other energy-intensive industries Over the weekend the US declared Australia’s gas boom at an end. Following President Obama’s recent confirmation that he would permit LNG exports to non-free trade agreement nations, the Department of Energy gave approval to Freeport LNG to export to non-FTA nations: At the time it submitted its Application, FLEX had not yet entered into From the FT comes a story that has great national significance to Australia but has been missed by the media completely. The US is going to export LNG: The Obama administration has signalled support for more plants to export liquefied natural gas, as the US embraces its surging energy production as a key new element of its From the AFR: Arrow LNG has been holding negotiations on potential consolidation with rival LNG ventures in Queensland, raising expectations that owners Shell and PetroChina are moving towards scrapping plans for a $20 billion-plus stand-alone plant to instead join Santos or Origin Energy projects. Origin chief executive Grant King and Santos boss David Knox on Cross-posted from The Conversation. There has been an acceleration in the number of coal seam gas and mining proposals approved in Australia. Since 2010, eight projects have been given the green light in Queensland alone. All projects have been through a state environmental approval process and some through the Commonwealth process as well. But now There’s an interesting story today from Bloomie via the SMH that offers some staggering statistics on Floating LNG (FLNG): The engineering challenges are massive. Shell’s Prelude vessel, vying to be the first floating LNG facility in the world, will be as long as the Empire State Building and six times the weight of the largest aircraft The AFR has a solid report today on the slippery slope LNG is headed down: US exports linked to the domestic American Henry Hub price – at least three years and billions of dollars of investments away – can’t come quickly enough for Asian buyers. “Chubu Electric is positively seeking change in the energy market,” said Australia’s new Minister for Mining, Gary Gray, is busy talking us up today: Addressing the 17th International Conference on Liquefied Natural Gas (LNG 17) in Houston, Texas, Minister Gray said that with seven of the world’s twelve projects now under construction in Australia, he expects that by 2018 Australian production will approach 90 million tonnes From the AFR comes more troubling news for Australian LNG: The Japanese government is pulling out all stops to shake off the oil price link that has long governed its liquefied natural gas supplies, as it seeks to relieve its struggling economy of a $US40 billion post-Fukushima energy impost. The country’s powerful Ministry of International Cross-posted from The Conversation. Yesterday, the Federal government issued new recommendations for methods to estimate emissions from conventional gas and from coal seam gas production. So what did we learn? The proposals seek to refine direct measurement of fugitive emissions from CSG wells that vent gas during a well work-over or well completion. In particular, they define

Cross-posted from The Conversation Last Friday, Woodside announced it would no longer be developing a gas processing plant at James Price Point in Western Australia. The announcement was greeted with enthusiasm by environmental groups. But this is by no means the death knell for gas development in the Browse Basin. Peter Coleman, CEO and Managing Browse fallout continues this afternoon. From the AFR: West Australian Premier Colin Barnett has said he is “incredibly disappointed” with Woodside’s decision to shelve the $45 billion Kimberley gas hub but in a dramatic change of rhetoric has indicated he would not block the use of floating LNG technology. “I remain very strongly in support of that

By Leith van Onselen I have written previously that Australia’s liquefied natural gas (LNG) exports are coming under increasing pressure from the shale gas boom in the US, where there are currently 15 projects seeking approval to export US LNG to non-free trade agreement (FTA) countries, equivalent to around one-third of domestic US gas consumption, The AFR is reporting this morning that: Woodside Petroleum is expected to announce it is shelving its $45 billion Browse liquefied natural gas project at James Price Point in Western Australia, after deciding the huge venture cannot be profitably developed as proposed. Woodside is understood to have told the federal and WA governments in the From the AFR: Queensland energy minister Mark McArdle has held out a gas reservation policy as a last resort in case the state’s $65 billion LNG industry means local customers are left short of supplies. ..He said “the very last thing” the government wanted to do was introduce measures that set aside some gas resources