There are 2269 words left in this subscriber-only article.

Labor’s primary vote has inched up 1 percentage point to 35 per cent and the Coalition’s has fallen 3 points to 29 per cent.

The Greens remain steady at 12 per cent, One Nation is on 4 per cent, the United Australia Party is on 3 per cent, others are on 10 per cent and 7 per cent are undecided.

This gives Labor a two-party preferred lead of 52 per cent to 40 per cent for the Coalition, with 8 per cent undecided.

That represents a two-party swing towards Labor of 2 points since the last poll a fortnight ago.

If the undecided votes are removed, Labor’s primary vote is 38 per cent, the Coalition’s is 32 per cent and Labor is ahead on a two-party preferred basis by 57 per cent to 43 per cent. That is also 2 points higher than Labor’s 55-45 lead in the last poll.

Finally, a warning form Mark the Ballot who did detect polling problems in advance of the last election:

On twitter, I observed that the most recent 6 polls were in an unusually tight range. I calculate the two-party preferred vote share for Labor (working backwards from the most recent poll) as follows: Morgan 53.7, Essential 51.9, Newspoll 53.3, Resolve 53.9, Morgan 52.8, Newspoll 53.1.

I was alert (but not yet alarmed) because the under-dispersion in the 2019 polls prior to that Election suggested there was something wrong with those polls. The 2019 two-party preferred (2pp) voting intention polls (as published) were implausibly close together, all within a one percentage point range of 51 to 52 per cent for Labor (48 to 49 per cent for the Coalition). Using the Chi-squared statistic for these polls (1.68) , we can see that the probability of this happening by chance alone is less than 0.01 per cent. This Chi-squared statistic is on the very edge of the Chi-squared probability density distribution for 15 degrees of freedom. That is to say if the polls were truly independent of each other, we would only expect to see this absence of variance on average in less than one in every 10,000 elections. 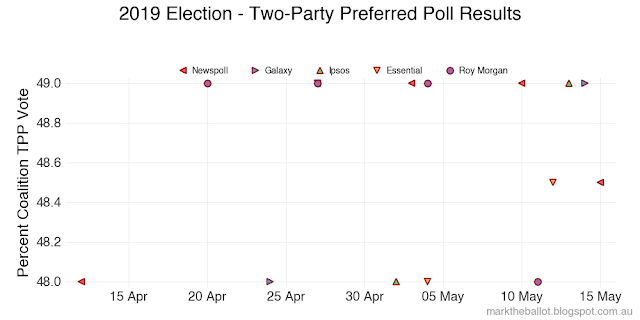 There is a rule of thumb in statistics and machine learning known as the bias-variance trade-off. In essence this rule of thumb says that reducing the variance in model predictions (opinion polls are examples of a statistical model) tends to see an increase in errors attributable to statistical bias. The opposite is also true. 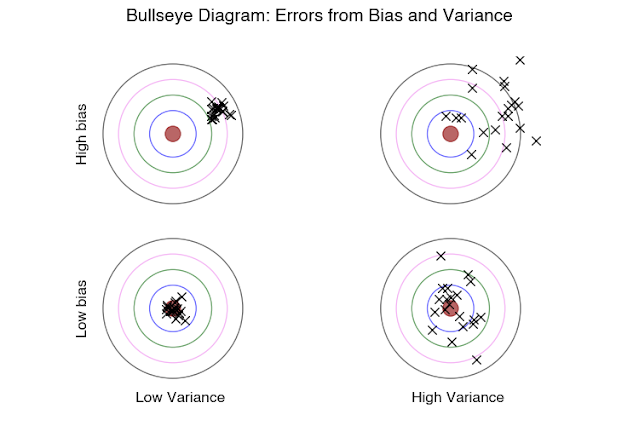 The polls prior to the 2019 election had an implausible absence of variance. After the election, we discovered they also had a substantial bias, missing the final Election outcome by some 3.3 percentage points. As a result, not one pollster picked the eventual winner of the 2019 Election. Returning to the 2022 Federal Election, we are currently only looking at a collection of six polls, where the absence of variance has a one in five probability of occurring by random chance. At this point I am not concerned, but I am watching closely. 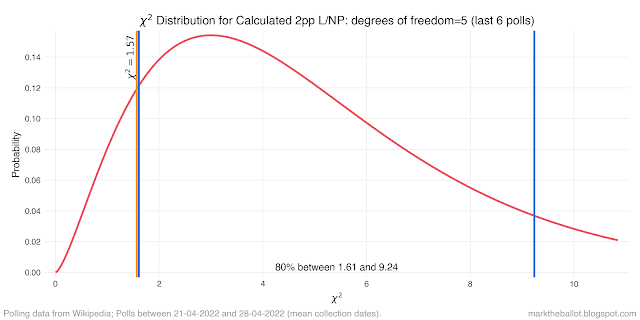 My concern will rise if we see further polls in a narrow range. If the absence of variance in the 2022 polls reaches 2-sigma (two standard deviations – 95.45 percent) I would be worried. If it reaches 3-sigma (99.73 per cent) I would be very worried. At 4-sigma (99.9937 per cent) … things would still be better than the 2019 Election … but I would be alarmed at the state of polling.

Update: Looking closer at the four pollsters that are tracking closely with each other since the election was called we are still not quite at 2-sigma for these polls. 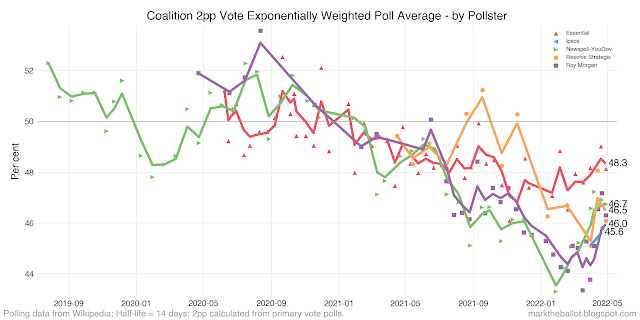 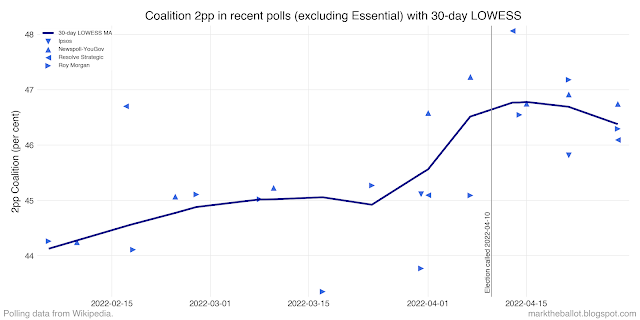 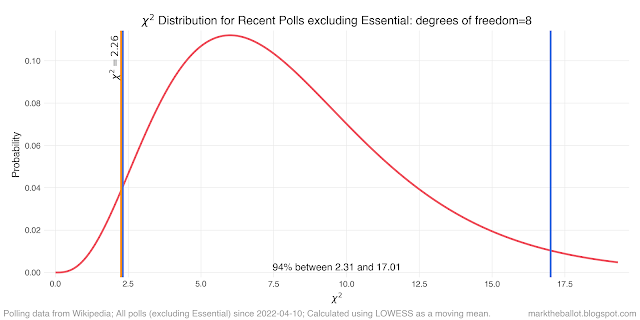 Baseball bats at the ready for Scott Morrison.

I realise that everybody is probably sick of

The angles on this election are endless and will

Some history of bear markets and recessions from