Yesterday’s employment report from the Australian Bureau of Statistics (ABS) revealed that Australia’s youth – defined as those aged 16 to 24 – have been hit hard by lockdowns.

The youth participation rate fell 2.7% in September to 64.4% and was running 3.6% below its pre-COVID level:

The youth underemployment rate also rose by 1.5% in September to 18.1% but is running 0.4% below its pre-COVID level: 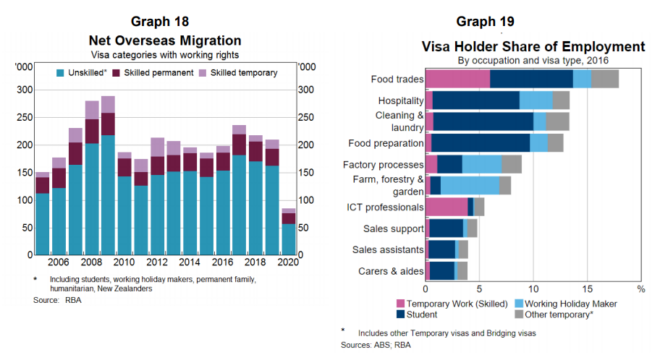 The above data is bonafide proof that the collapse in immigration is benefiting Australia’s youth. The reduction in young migrant workers has offset the loss of youth jobs, resulting in better employment opportunities for Australia’s youth.

Put another way, Australia’s youth would be experiencing mass unemployment if immigration had continued at its manic pre-COVID level.