In the week ended 5 August, the CoreLogic daily dwelling values index increased another 0.43%: 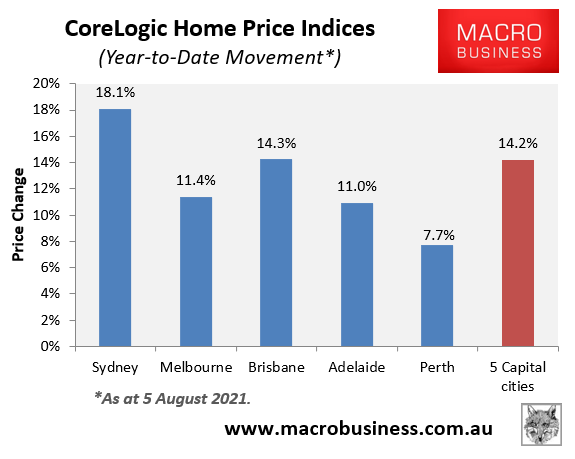 So far COVID lockdowns and restrictions have had minimal impact on the market.