CoreLogic over the weekend released its daily dwelling values index for July, which showed that property values across the five major Australian capital city markets surged another 1.6% over the month: Another strong rise, but softer than the previous five months.

The rise in values was strong across all major capital city markets except Perth, with Sydney and Brisbane again leading the way: Over the July quarter, dwelling values rose by a whopping 5.9% across the five major capital cities: Sydney continues to lead quarterly value growth, rising by an insane 9.3%. However, value growth is universally strong outside of Perth: The next chart shows the quarterly time series across the five major capitals, with growth slowing across all major markets: 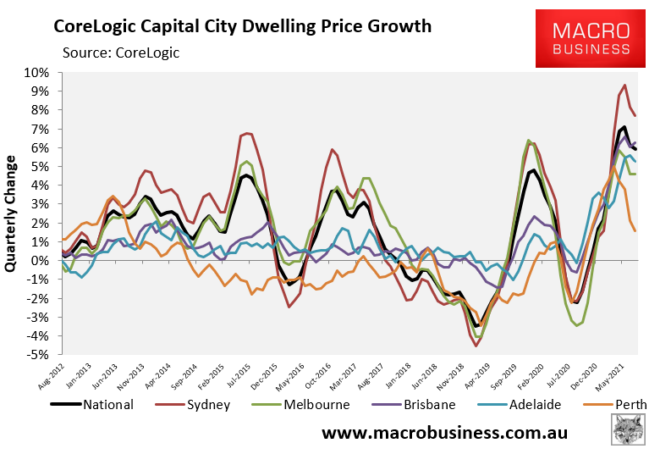 In short, property prices are still booming; albeit losing some steam. The big exception is Perth, which is lagging behind.