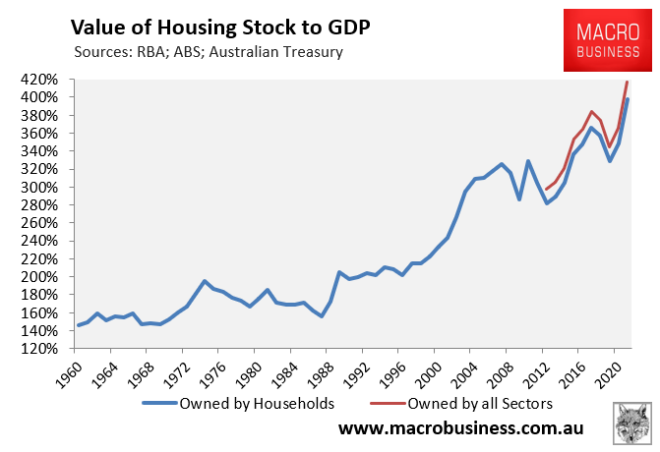 If you think that’s alarming, check out the below chart for New Zealand showing that the value of its housing stock has surged to 5.0 times the nation’s GDP:

House values have risen $520 billion in just one year, the fastest jump in the shortest period.

This surge in New Zealand house prices has taken place on the back of an explosion in mortgage lending, while productive lending in businesses and agriculture shrunk: Clearly, Kiwis are betting it all on the house, with the nation’s property market effectively swallowing the economy.

Auckland has been in a strict lockdown since 18

New Zealand has recorded another 70 locally