Another month has gone by and mortgage stress continues to grow, according to Digital Finance Analytics as reported in The AFR:

“Many households in stress have less hours worked than they want, and no income growth. Bigger mortgages by first time buyers and equity drawdowns are lifting repayments as lending standards ease and more interest-only loans are being made”…

According to the below table, around nine in 10 households across Stanhope Gardens and Bidwill are mortgage stressed: These numbers are implausible.

I do not understand how mortgage stress can continually have risen since the pandemic began.

Mortgage rates have tanked, as illustrated clearly in the next chart from CoreLogic: Household disposable income has risen sharply on the back of massive stimulus, experiencing its strongest annual rise since 2008: The ratio of debt repayments to household disposable income has fallen to a 17 year low, according to the Bank for International Settlements: Finally, Australian households have built up a massive war chest of savings, which augers against the “stressed” theme: 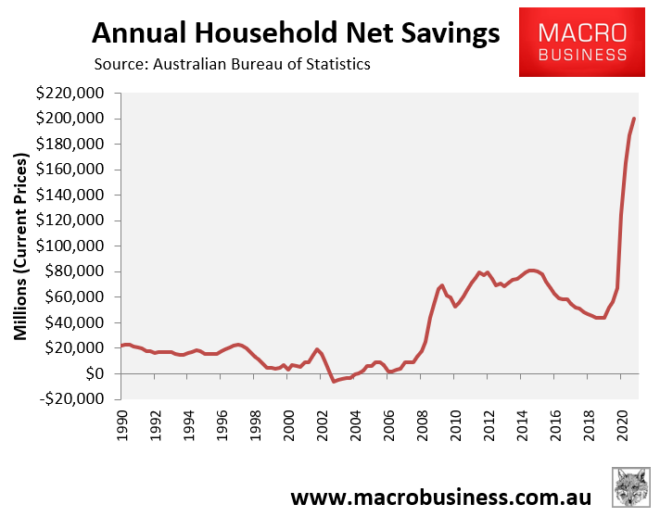 Therefore, the aggregate data points to declining financial stress since the pandemic began.

What am I missing?