Sydney property prices continue to soar into the stratosphere. Price momentum also appears to be growing. Quarterly dwelling value growth is running at 9.3%, which is the strongest growth since 1988: Sydney’s quarterly dwelling values growth is the strongest in 33 years.

The strong momentum is set to continue. Sydney continues to record final auction clearance rates above 80%, which traditionally correlates strongly with prices: 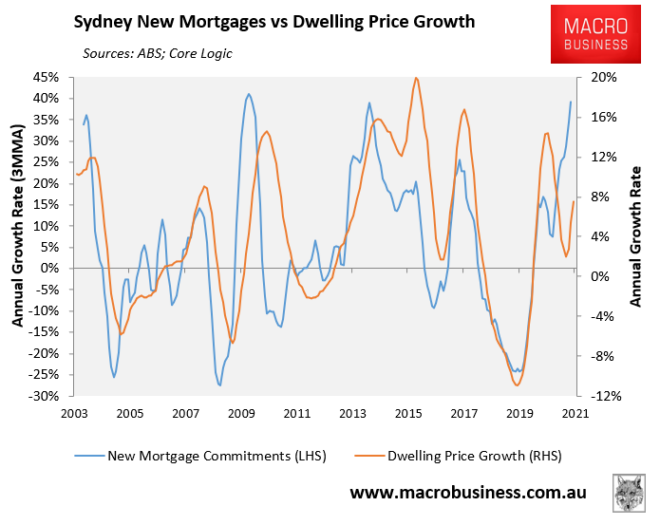 Based on this data and the current momentum in the market, Sydney could record dwelling value growth of 25% or more this calendar year.