CoreLogic’s head of research, Eliza Owen, has released research showing that regional property rents are growing at triple the rate of capital cities, soaring 9.6% in the year to April 2021:

The next chart shows the growth in rents at the state and capital city levels. As you can see, regional rents are stronger across all states & territories with the exception of WA and NT. 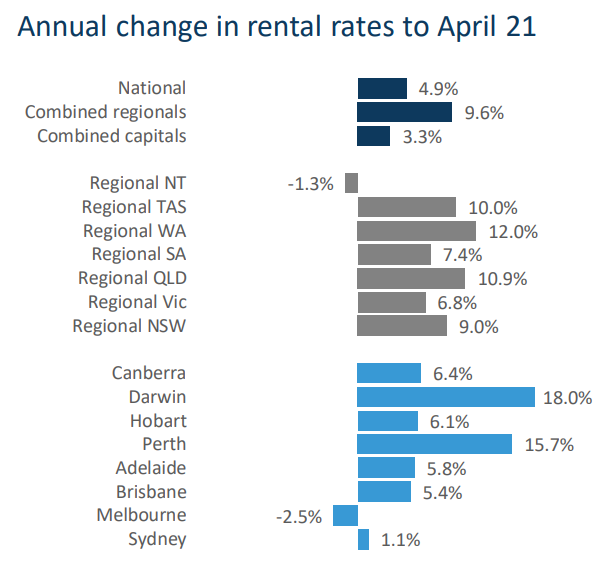 Regional rents are growing faster across most jurisdictions.

The next table shows select rental metrics of major sub-markets across Australia, “revealing extraordinary tightening of regional rental markets. Of the 25 regions analysed, total available rent listings have, on average, halved over the year”. The average time a rental property spent on the market has also fallen from 25 days in the three months to April 2020 to 17 days over April 2021: Thus, “tenants are having to compete harder for rental accommodation in major regional centres, both in terms of their wallet, and the pace of their decision making”.