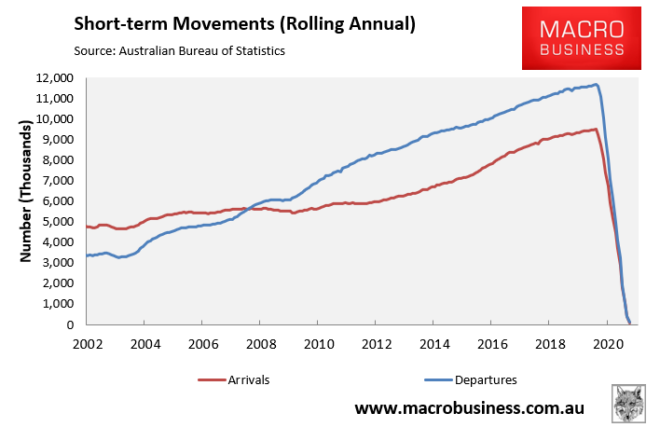 However, the closure of the international border has eliminated Australia’s tourism deficit, with Aussies forced to holiday at home instead: According to a new survey from Roy Morgan, Queensland is set to cash in on the domestic tourism boom, becoming the preferred travel location for Aussies: 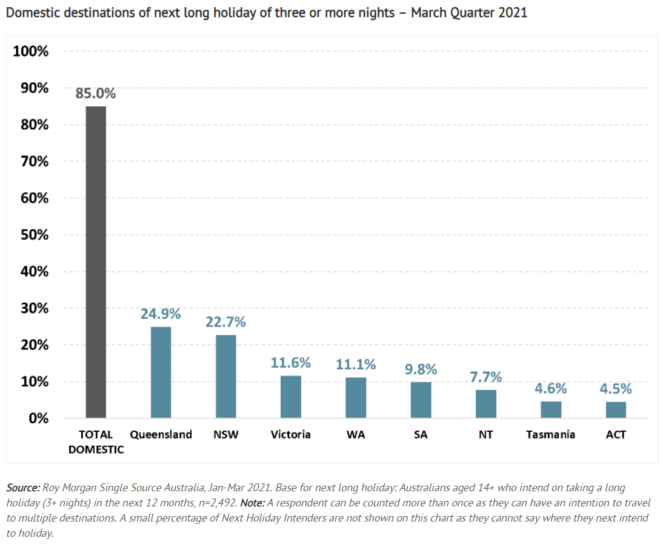 Queensland is the number one choice for domestic travel.

Of these travellers there were 5.24 million set on taking a domestic holiday and a further 340,000 planning an overseas holiday…

For those planning a holiday of at least three nights Queensland is now the top destination for 24.9% of travellers just ahead of New South Wales (22.7%) with Victoria (11.6%) and Western Australia (11.1%) significantly further behind…

In 2019 prior to the pandemic New South Wales had been the top domestic destination for holidays of at least three nights chosen by 17.2% of travellers just ahead of Queensland (16.4%) and Victoria (15.3%).

The preference towards Queensland is certainly reflected in accommodation prices. My family has just abandoned taking a holiday to the Gold Coast during the June school holidays due to the acute shortage off accommodation and the exorbitant cost. We typically holiday in the GC twice a year and cannot remember it being this difficult/expensive to secure accommodation.

This tells me that demand is running hot.