CoreLogic released its final auction report for last weekend, with the final clearance rate falling slightly to 77.0% from 77.2% the prior weekend. This was off the year’s third strongest auction volumes (2,905).

Elsewhere, final auction clearances were solid; albeit off thin volumes given auctions aren’t as common in these markets. 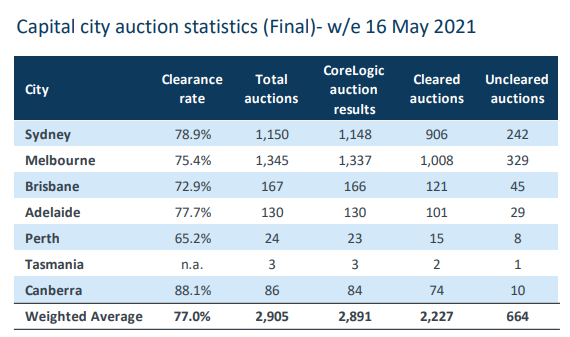 The national final auction clearance rate has retraced from its March peak.

2,879 auctions are scheduled for this weekend, down only slightly on last week’s 2,905 auctions held. Thus, it will be another busy week for auctioneers, especially across Melbourne and Sydney:

After sitting on their hands, vendors are clearly looking to cash in on the boom.