CoreLogic has released its daily dwelling values index for 31 May, which shows that property values across the five major Australian capital city markets surged another 2.3% over the month: 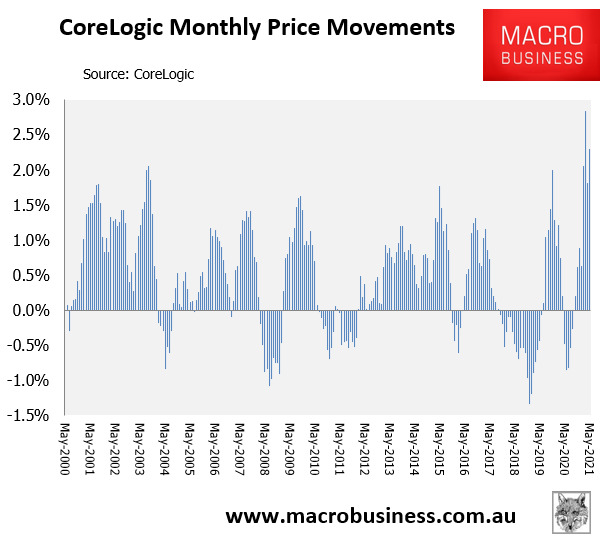 The rise in values was broad-based with all major capital city markets recording strong increases. However, Sydney again led the way followed by Brisbane: 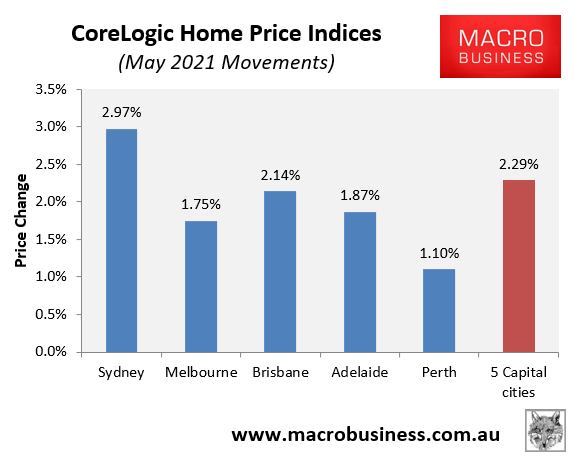 All major capital city markets recorded strong growth in May.

Over the May quarter, dwelling values rose by a whopping 7.1% across the five major capital cities – the strongest quarterly growth since the late 1980s: 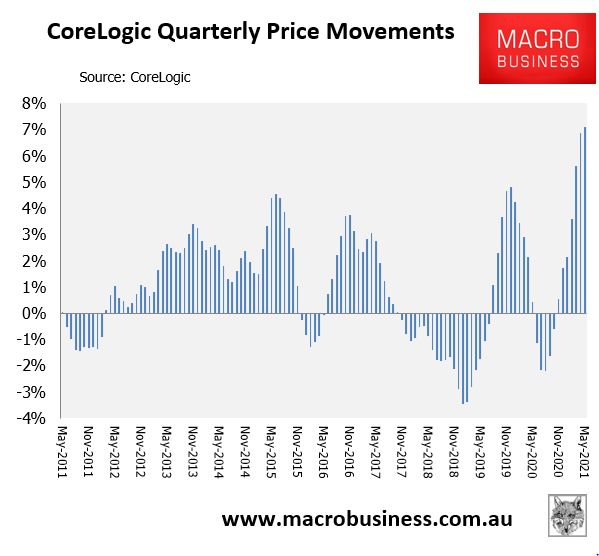 The strongest quarterly price growth in more than 30 years. 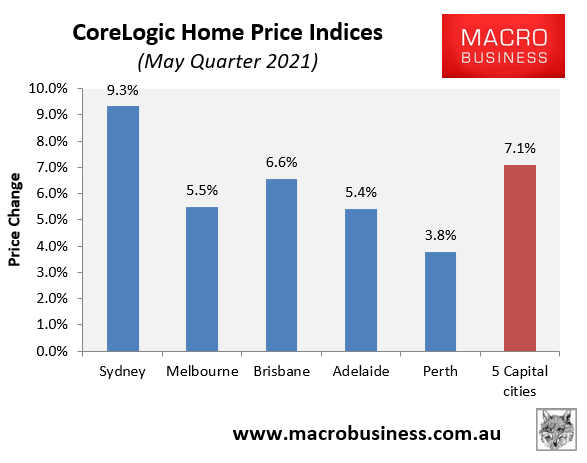 The next chart shows the quarterly time series across the five major capitals: 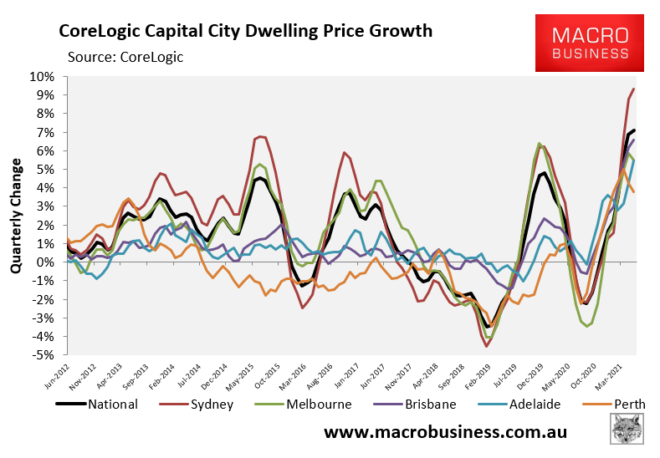 Annual dwelling value growth is also rising fast across all major capital city markets as they sweep aside the COVID funk: 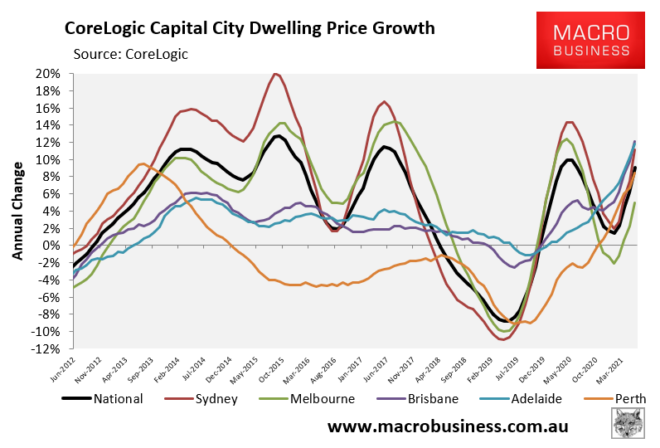 After taking a slight breather last month, the property boom reasserted itself with a vengeance in May.