Last week’s federal budget projected that Australia’s unemployment rate would fall to 4.5% by 2023-24: 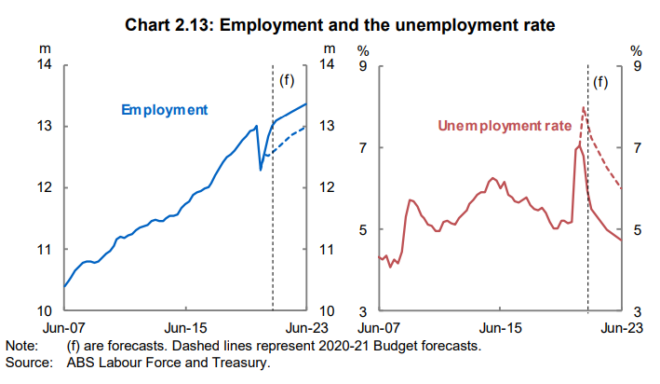 New projections from ANZ are far more bullish, tipping that Australia’s unemployment rate will fall to 4.4% by the end of 2022:

“If we had absorbed another 200,000 people over the last 12 months instead of actually losing people [overseas], then surely unemployment would be sitting higher that where it is.

“But it’s really hard to see wages picking up at 3 or 4 per cent per annum like they used to do in the past while we have, potentially, a really strong overseas migration intake coming through.”

This is more evidence that high immigration is detrimental to Australian workers. It unambiguously lifts unemployment and lowers wage growth beyond what they otherwise would be.