Roy Morgan Research has released its labour force survey for April, which reveals that Australian employment hit a record high 13 million in April, with the unemployment rate also falling another 2.4% to 9.0%: 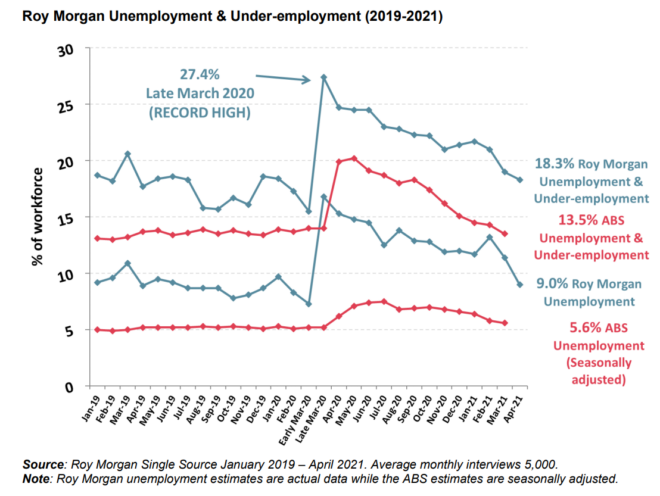 Almost everything is headed in the right direction as the economy powers through the end of JobKeeper:

“Australia’s employment markets have powered through the end of the Federal Government’s $90 billion JobKeeper wage subsidy program with employment increasing by 542,000 in April to a new record high of 13,291,000 – up 420,000 on the employment numbers in early March 2020.

“Overall, the economy has taken the ending of the JobKeeper wage subsidy in its stride…”