Via China’s NBS comes the February PMIs. These were weak but even more so when one considers that the great Chinese New Year people migration was effectively cancelled this year meaning more people remained at work. It may simply be that that distortion has not been picked up by the survey’s seasonal adjustments:

The production index was 51.9% , down 1.6 percentage points from the previous month and higher than the threshold, indicating that the pace of manufacturing production expansion has slowed down.

The new order index was 51.5% , down 0.8 percentage points from the previous month and higher than the threshold, indicating that the growth rate of manufacturing market demand has slowed.

The supplier delivery time index was 47.9% , a decrease of 0.9 percentage points from the previous month , indicating that the delivery time of manufacturing raw material suppliers has been extended. 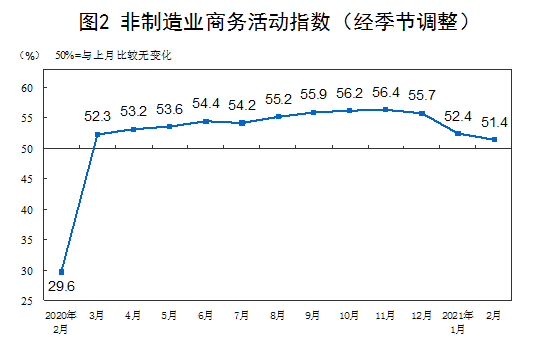 Yesterday the ferrous complex was mixed as spot

One of the less well-understood dimensions of

New yuan loans were out last night and, as

Over the holiday period, the FT had another