COVID-19 statistics and cases around the World

Note: Hospitalisations data for Europe is only updated weekly. These numbers are up until Sunday Nov 1st. 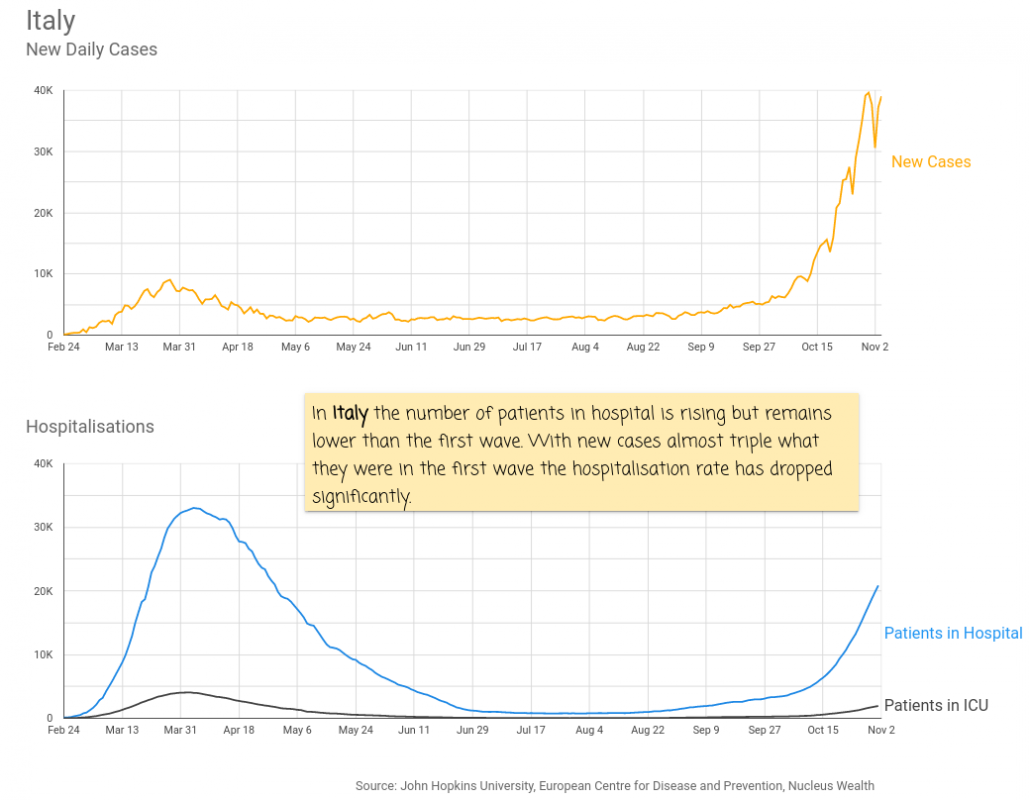 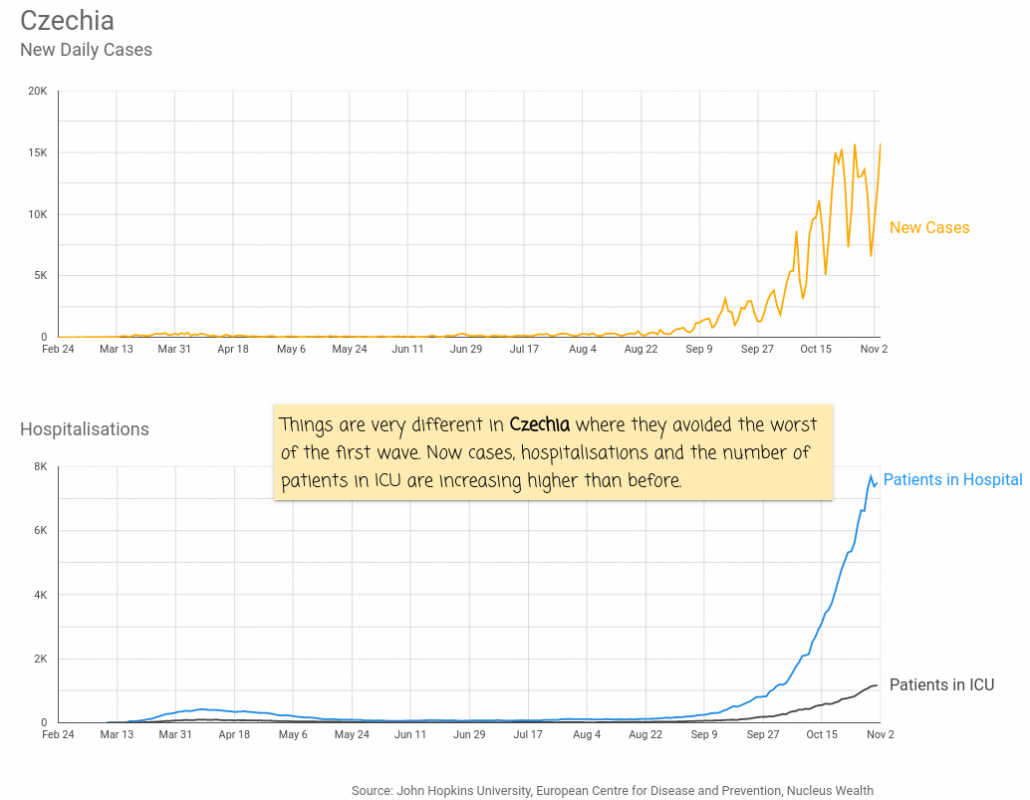 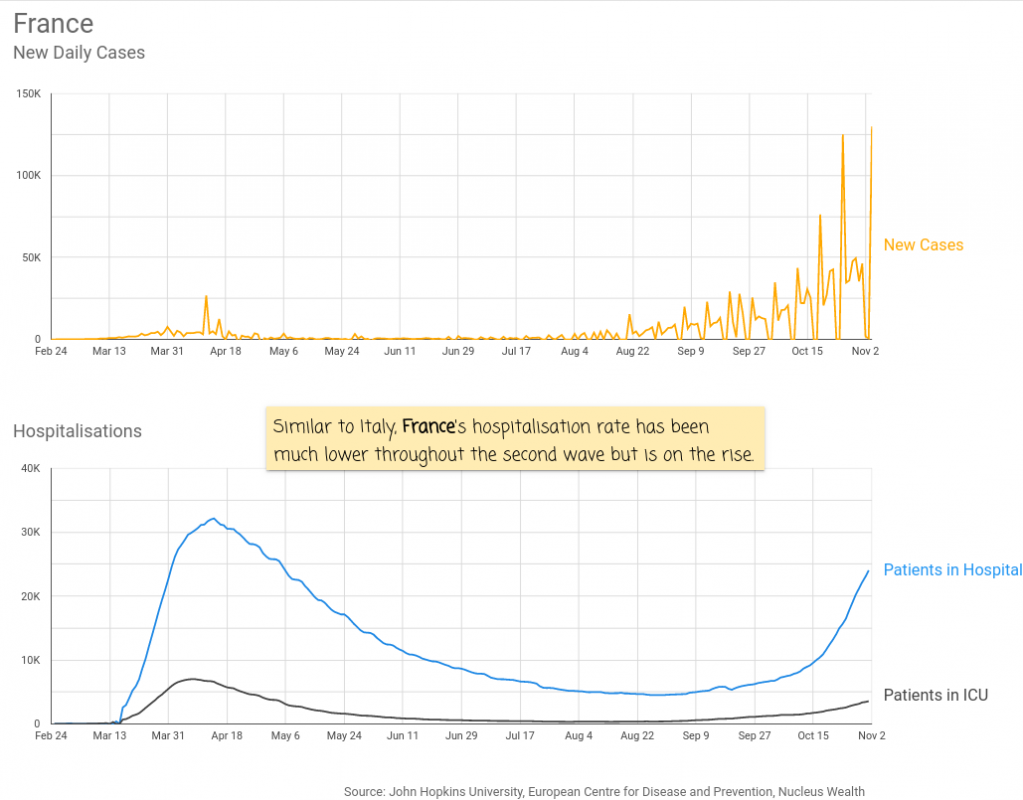 This is a list of some of the main data sources we use: https://www.worldometers.info/coronavirus/ Probably the best source of the latest COVID-19 statistics https://medium.com/@tomaspueyo/coronavirus-the-hammer-and-the-dance-be9337092b56 Tomas Pueyo has written a number of very good summaries of the strategies to overcome coronavirus https://www.capitaleconomics.com/the-economic-effects-of-the-coronavirus/ Good source of fast-moving China economic stats. https://bnonews.com/index.php/2020/02/the-latest-coronavirus-cases/ If you want to be bombarded with every breaking news story, this is the place https://ncov.dxy.cn/ncovh5/view/pneumonia  Faster than worldometers for Chinese data, but slower on rest of the world data. I don’t think China cases matter anymore. https://www.who.int/emergencies/diseases/novel-coronavirus-2019/situation-reports I’m less enamoured of the WHO data now than I was at the start of the crisis. They are providing less information now than they were at the start of the crisis, and it sometimes contradicts country-level data. https://gisanddata.maps.arcgis.com/apps/opsdashboard/index.html#/bda7594740fd40299423467b48e9ecf6 The prettiest pictures, but one of the slower sites to update. I don’t find the charts that useful. https://www.youtube.com/user/MEDCRAMvideos has a daily youtube wrap-up https://www.youtube.com/user/ChrisMartensondotcom has a daily youtube wrap-up https://www.ecdc.europa.eu/en/covid-19/surveillance/weekly-surveillance-report https://covidtracking.com/data/national

Denise O’Sullivan is a data scientist at the Macrobusiness Fund, which is powered by Nucleus Wealth.   The information on this blog contains general information and does not take into account your personal objectives, financial situation or needs. Past performance is not an indication of future performance. Nucleus Wealth Management is a Corporate Authorised Representative of Nucleus Advice Pty Ltd – AFSL 515796.

Yesterday I noted that the latest research on

The virus will disrupt markets again

Mizuho with the warning: We have