But other charts are showing early negative signs:

We split cases into:

The data in these charts are based on where the case was caught rather than diagnosed. For example, a case caught in Iran but diagnosed in Thailand would be assigned to winter.

All of these charts are available (updated daily) for all countries here.

Taking a turn for the worse

Signs are growing that tropical/summer countries are falling to the virus.

While the numbers are still low, they are snowballing.

And when you look through the countries, lots are showing the typical progression before cases really take off: 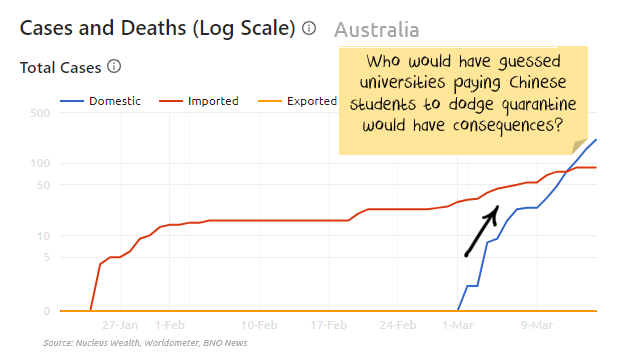 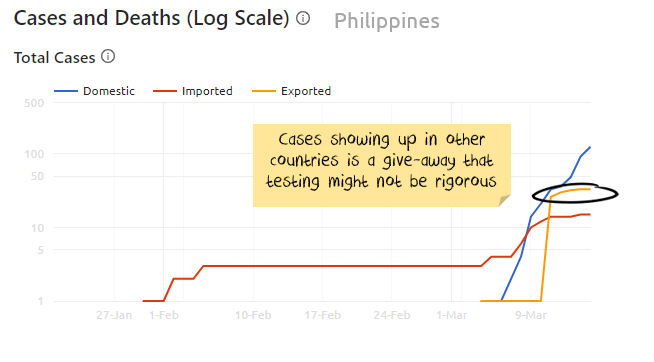 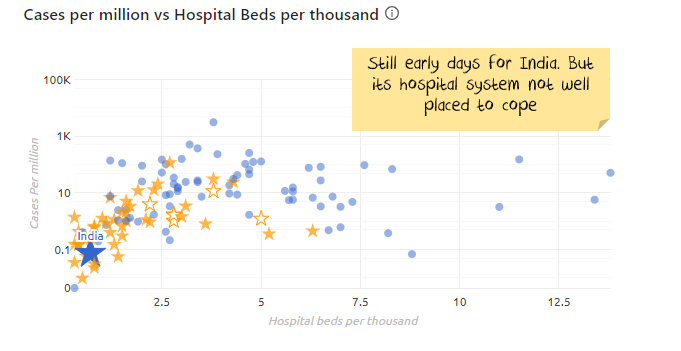 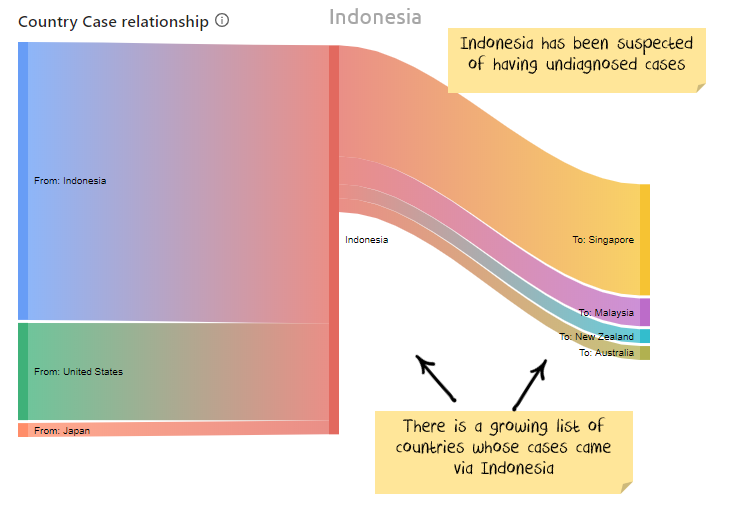 There are suggestions that UV-B radiation and vitamin D played a role in reducing deaths in the Spanish Flu pandemic. Other studies suggest humidity greatly reduces the aerosol transmission of viruses, but some suggest humidity increases surface transmission. It is unknown how these affect COVID-19 – many experts warn against being too optimistic.

There are two elements to the coronavirus:

In the early stages, for many countries, the focus was mistakenly on minimising the economic impact. That is no longer the case. It is about preventing the spread of the disease. Or, for politicians, at least been seen to be trying. The economy is no longer the issue.

At the moment our base case is coronavirus outbreaks will be worse in colder countries. Last month, we were hoping tropical or summer countries would mostly avoid the virus, but that assumption is looking increasingly shaky.

I’m still assuming summer/tropical countries will be less affected medically. However, it is looking increasingly likely that those countries will need to enforce strict quarantines anyway. And so the economic impact may not be much better than winter countries.

South-East Asia typically has increased influenza from August, so it may see the same effect.

So, caution is still the by-word.

Our impression is countries affected by SARS are dealing with COVID-19 better than those that weren’t. We expect these countries will recover more quickly.

Chief spy knew nothing of security breaches, rape under his nose

For many years we have all watched on as Dictator

Israel has become somewhat of a global experiment