Value rotation continued in earnest overnight, with sector-neutral value factors adding 0.7%, while momentum factors detracted 1.9%, and low-beta factors lost 0.5%. The value index is back to its mid-April highs, while the momentum index is now materially down year-to-date, having experienced stellar performance through the middle of the year.  The reversal of fortunes in factor land has been dramatic.

In fixed income, US 10-year bonds sold off further by 8bps to 1.86%, and the yield curve steepened. Bond market investors were further spooked by reports that US President Trump is considering lifting existing tariffs for the purposes of achieving phase I of the trade deal with China. But beyond the newsflow, we are witnessing an extraordinary re-positioning away from long duration assets among commodity trading accounts (CTAs).

Curve steepening in fixed income continues to correlate with value factor performance within equities, while higher bond yields continue correlate with quality factor underperformance. Right now, momentum factors are still picking  large number of quality or defensive exposures – but as the unwind continues, we are likely to see momentum-quality rank correlations fade away. In recent notes, we have discussed a roadmap for thinking about how this tactical rotation might turn into something with a longer shelf life. Here, we update our thinking with regards to curve steepening, in so far as it helps us understand the case for value.

We think that the latest Fed Senior Loan Officers’ Survey is important. The 3Q survey revealed a sharp improvement in loan demand as households responded to extremely low bond yields. Many commentators were concerned that this spike was a one-off. However, the 4Q survey shows that strength in loan demand has continued. In other words, monetary policy seems to be working fairly conventionally, in contrast to the increasingly popular view that monetary policy is dead. Historically, stronger loan demand has foreshadowed reflation and higher bond yields down the track. Our term risk premium models, cyclically adjusted for the state of US mortgage demand, and structurally adjusted for the state of sovereign risk in Europe, continue to point to weakness in bonds, or higher yields. More specifically, we are expecting year-ahead returns on 10-year bonds (ie coupon plus capital growth) of -5.1%. Stripping our coupons of 1.6% annually, this translates to capital losses of around -6.7%. At a modified duration of roughly 9 years, this translates to a rise in bond yields of around 60bps. In other words, US 10-year bond yields could easily rise to around 2.5%. At the same time, we do not expect the Fed to be doing much with short rates, based on its extended pause position. So we should see more curve steepening, and more value factor outperformance. 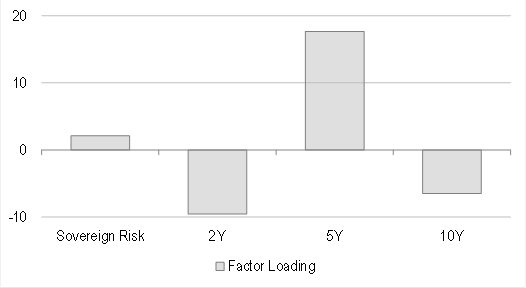 We suspect that as bond yields test 1.9%, passive and risk parity funds will start to come under pressure. Surprisingly, they have not really cracked in this bond sell off – but should rates and rates volatility continue to rise, we should expect to see some secondary de-leveraging. After all, bonds are their biggest overweight exposure, on the assumption that they are the lowest risk investment. But now, we are having to question whether bonds are really as safe as they have been assumed to be. Should passive come under pressure, we would expect to see the value-end of the equity market hold up, as it benefits from reflation expectations in a steeper yield curve, and by definition is trading at a discount. In contrast, we would expect to see the quality end of town significantly underperform.

Should trade negotiations go as swimmingly as officials are making them out to be, a lot of this reflation potential could get priced in very quickly. We do not want to be standing in the way of these dynamics right now, nor possibly until the end of the year. Indeed, we want to ride the value rotation for a bit longer. But 2020 could be a very different proposition. After all, momentum will not be picking defensive stocks exclusively by the time this unwind is over. And should market de-leveraging forces materialize in fairly illiquid conditions, we would need to question whether value can continue to hold up as it has.

Likewise for bonds. We took profits and are waiting for a re-entry point…

A flat end to the week as the window dressing

The Australian dollar is hovering at the highs