An electric car is more expensive than an oil powered car (due to the cost of the battery), but cheaper to run (oil is expensive per unit of energy, lower running costs due to fewer moving parts, less energy loss with batteries and more efficient power generation).

This means the economic calculation is about amortising the cost of the battery over the distance travelled.

By my numbers, the current cross-over is about 100,000km per year and falling with decreasing battery cost. This means that a private electric car is not economically better (because most drivers don’t drive 100,000km per year), but an electric taxi is.

Self-driving cars will be very cheap as the most expensive component (the driver) is removed. The simplest way is to look at car hire companies:

It is pretty compelling. Basically, a driverless taxi would be cost competitive with (human driven) public transport.

There are a range of tests currently being run. The ones I am looking at most closely include:

The question is whether this will set the driverless community back several years or not.

There are lots of companies trying to develop driverless technology and standardised information is hard to get.  One rough guide is the Californian statistics which show the number of “miles per disengagement” – the number of miles before a driver has to take control of the vehicle: 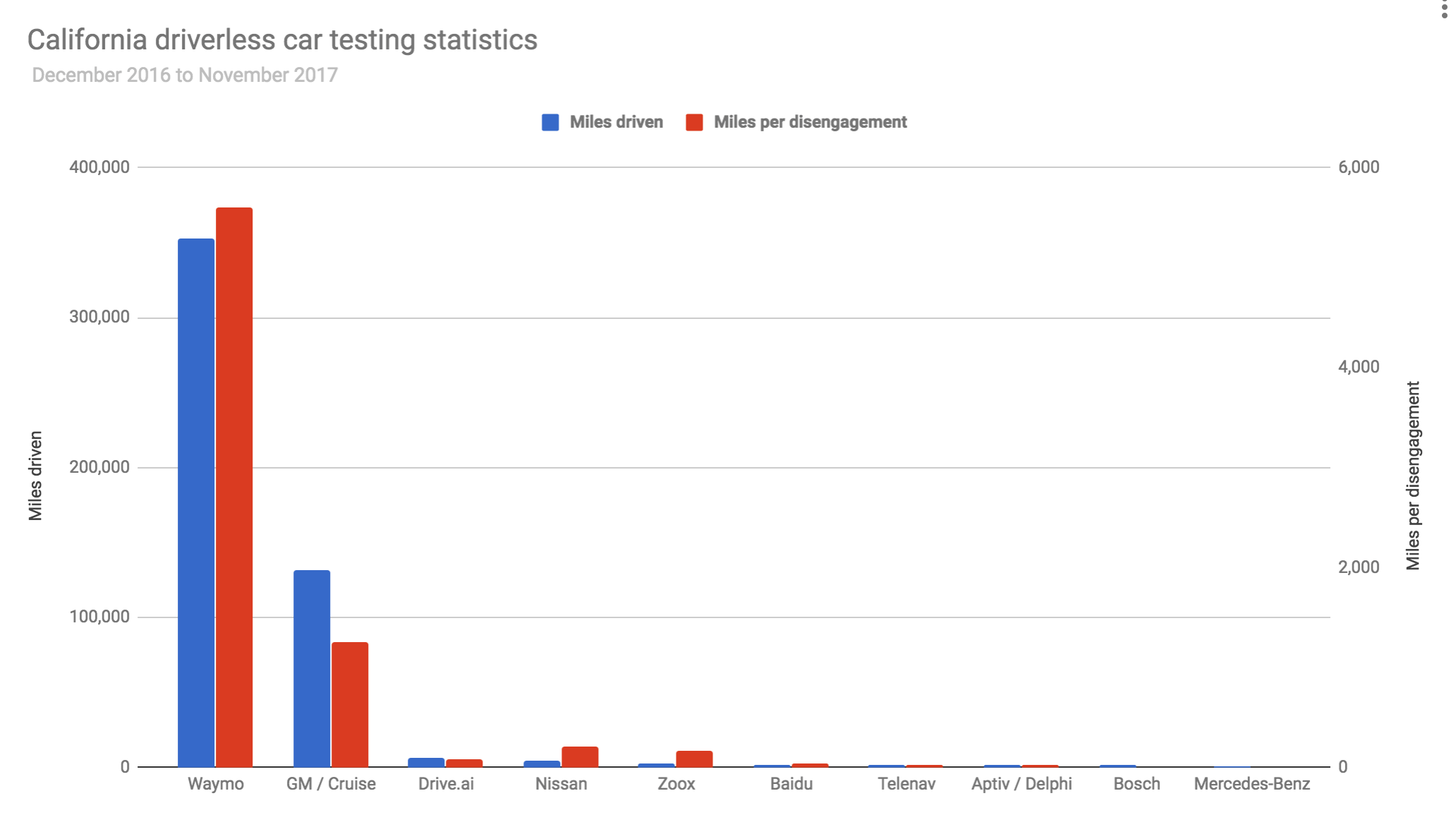 Now there are lots of caveats to this chart. It only contains Californian statistics, companies self-report and so could be under-reporting and it says nothing about types of roads or conditions. But Waymo/Google and GM/Cruise are clearly a long way ahead of the competition.

A recent report by Navigant also has Uber well behind other players in the space:

Finally, there are suggestions from internal sources that Uber has been cutting corners and may not be as safety conscious as the traditional car makers.

While there may be some extra caution from regulators, given Uber appears to be considerably behind the market leaders it would seem that this would be an issue specific to Uber.

The outcry over this death doesn’t seem to support banning trials, and I’m guessing that even if the investigation is damning that Uber will be singled out for restrictions rather than the entire industry.

It seems commercial trials will start this year, and my expectation is that the takeup will be quick. Given the current trajectory, by 2025 the majority of new cars are likely to be electric, driverless and taxis.

It’s hard to prejudge the winners given the economics are still unknown. But the losers are more obvious. Oil. Car mechanics. Anyone who drives for a living. Possibly the entire car sales retail chain. Prestige cars will be more resilient.

A second episode this week! Topics on the

Today we look at the at the credit fallout of