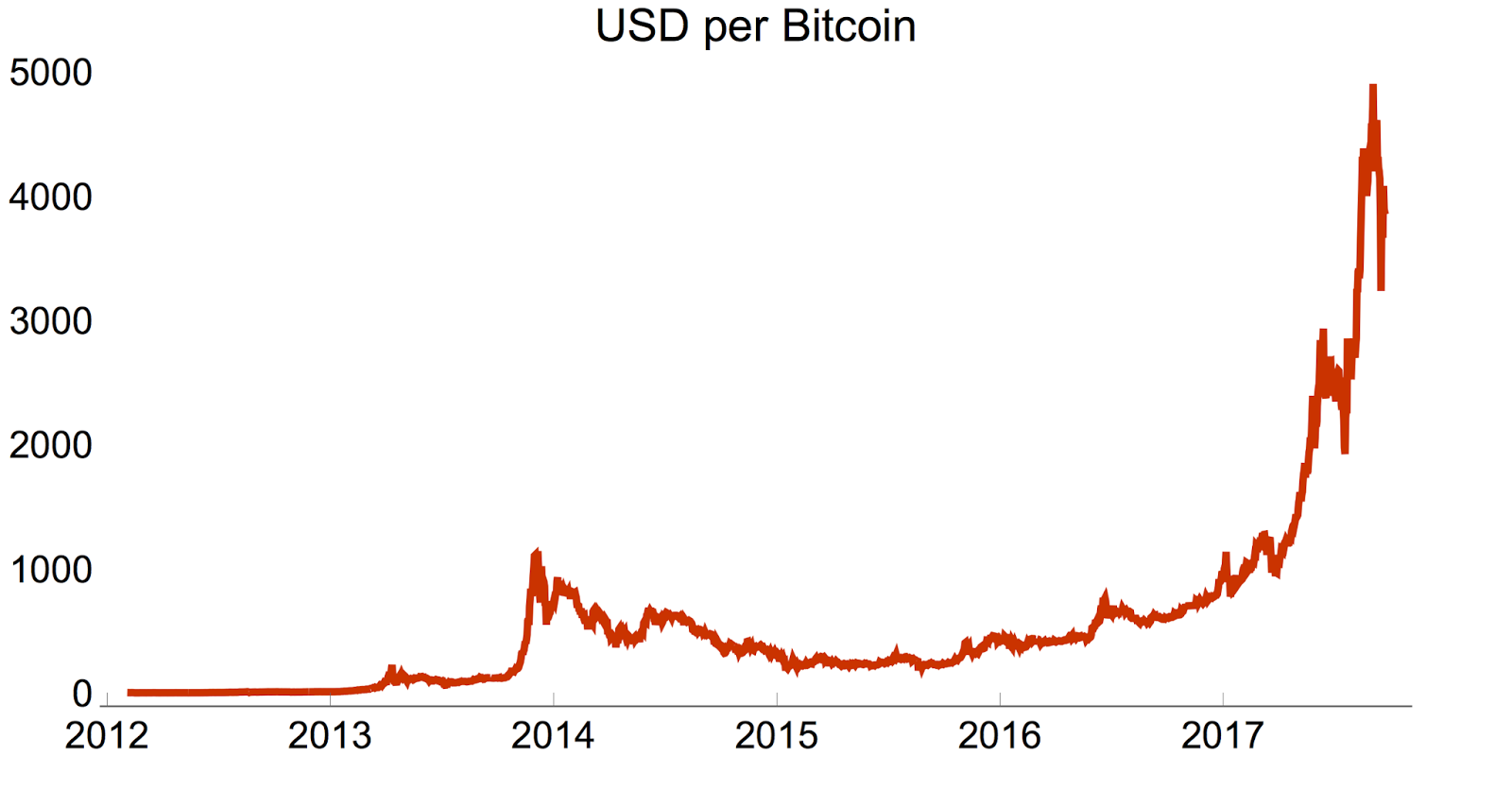 I have yet to hear reasoned arguments about why Bitcoin should be considered a currency. Nor have the perceived advantages over existing currencies and their settlement systems ever really been properly elucidated.

Somehow that does not stop people believing that Bitcoin is a currency. In many cases, people argue that it is even better than existing national currencies without even knowing about the security and settlement features of the current payment systems used across the world. Perhaps this is why the benefits of crypto-currencies are never made clear, and all you get is hand-waving about governments debasing their currency, being anonymous, or some such thing.

Bitcoin is a financial roulette wheel, spinning on ideology, and attracting suckers with every turn. It has none of the core features of a currency, which means it will never be used as one.

Professor Jason Potts, a founder of Crypto Economics, seems for some reason to think otherwise. On Facebook, I suggested to a mutual friend that I was willing to bet that Bitcoin will never be used as a currency, by which I mean as the unit in which goods and services are priced and as the medium for settling payments.

I have yet to hear why Bitcoin or any other cryptocurrency functions better than current monetary and payment systems, except nonsense anarchist handwaving about the idea of ‘distributed’, and ‘trust’ which is no longer even the case with a small set of Chinese organisations essentially taking over Bitcoin mining, and the trust problem being totally misinterpreted…

Jason decided that a bet was interesting and would take me up on it if I decided terms. After a little back and forth the following terms were agreed to.

I [Cameron] will lose the bet if, as at 19 September 2022, Bitcoin (meaning Bitcoin or any other cryptocurrency not backed by a national banking institution) meets all three following criteria.

1. Bitcoin can be used to buy groceries in a physical store in my suburb where prices are posted in Bitcoin and not simply converted from AUD pricing periodically.

2. More than three listed companies in Australia pay salaries in Bitcoin (or have an option to), and advertise their salary rates in Bitcoin (i.e. you do not just get paid AUD converted at the going exchange rate each time).

3. At least one OECD country accepts Bitcoin for income tax payments and will calculate tax obligations in Bitcoin (not convert from the local currency to Bitcoin).

4. Jason Potts is being paid in Bitcoin at a fixed Bitcoin price (not simply converting an AUD salary to Bitcoin).

Loser pays the winner AUD 100 at an event the loser organises in their city that involves lively discussions, debates, and socialising.

I see a huge number of problems with Bitcoin and want to outline some of them here in the context of this bet. Some of the main ones are:

Money-ness
It is not clear what the advantage of a blockchain tracking all transactions is. My view is that this comes from a fundamental misunderstanding of money. Money is a not an object, or token. It is not a gold coin. It is a common accounting system.

This is why we price in the national currency. There is nothing stopping any company setting their prices in all manner of things — gold, iron, US dollars, or other units. But we don’t. Because we want to integrate into the common system of accounting that our suppliers and customers use, and one where it makes financial sense to can keep relatively stable and predictable pricing, in addition to easy payment.

Every online store that I have found that accepts Bitcoins does not price in Bitcoins. It prices in the national currency, and allows you to pay using Bitcoin. An Australian service that allows you to ‘get paid in Bitcoin’ prefers to be paid themselves in Aussie Dollars for that service.

Indeed, the fundamental misunderstanding of money is evident at some of these retailers. For example, when Mission Market announced they would start accepting Bitcoin, they noted the following:

Unlike credit cards, Bitcoin payments are not sent through a labyrinthine network of banks and processors, meaning that transactions can be completed faster and more cheaply than conventional electronic transactions. Bitcoin retains many of the useful features of cash while offering more security. And because Bitcoin has a finite supply and is not issued by a central bank such as the Federal Reserve, its purchasing power cannot be eroded through excessive money creation. [my emphasis]

Here again, we get the ‘money as object’ myth rearing its head. Payments are not ‘sent’. They are accounted for. The ‘finite supply’ again reinforces this idea.

Now, this same myth is true in much of economics. The quantity theory of money talks about the supply of money very much as a token. This is why the theory fails routinely. Properly considering the nature of money, the theory would not apply to some quantity stock measure, but would instead apply to the rate of expansion of current money accounts used for transactions of newly-produced real goods and services. But that is a fight for another day.

The last main problem for Bitcoin in terms ‘money-ness’ is that if its value keeps rising no one will want to use it for transactions when an alternative currency that isn’t rising in value is available. That’s just Gresham’s Law. And of course, if the value doesn’t keep rising, it is not clear why anyone would want Bitcoin as a means of payment, and its value will likely converge to zero.

Governments
Since money is a common accounting system, those who make the rules of money — government, central banks, and private banks — can exercise a great deal of power via this system. As we see now in China, those holding this power do not want it threatened. If a private crypto-currency did evolve into a more widely accepted alternative monetary system, it would be immediately crushed politically.

Trust
One of the arguments in favour of Bitcoin is that you don’t need to trust a banking system to settle a payment, nor identify yourseld. Instead, you trust a different system. Surely in normal commercial arrangements, the very choice to use Bitcoin rather than established currencies would be a signal of a lack of trust on the part of a transaction partner.Imagine you are a new retailer in a market and approach a wholesaler about purchasing a variety of goods. You ask to pay in Bitcoin. What would their response be? Would it increase their trust that you will pay your bills, or decrease it?

Perhaps this is why Bitcoin’s main commercial use has been in black markets.

And indeed, the main advantages of using Bitcoin — anonymity of transaction partner in digital payments — seem to be the very reasons that governments would want to crack down, particularly if it is widely used to avoid tax.

I have no idea how Bitcoin or any other crypto-currency could handle that sort of settlement need in a timely manner. That’s over $200 million per minute. And yet, the Bitcoin system can only settle about 3 to 7 transactions per second. Mmmm…

Compare this to, say, VISA, the credit card payments company. They alone settle over 56,000 transactions per second during peak times.

Also, the cost of settling Bitcoin transactions is growing. To buy a coffee in Bitcoin today takes over 10 minutes and costs a few dollars for the transaction.

Via Capital Economics: Hard data for May

Fitch: 2020 a record for sovereign downgrades

From Fitch Ratings: There were more

Global cases of COVID-19 has surged past 11