The Turnbull government heads into today’s critical recalled sitting of ­parliament and a likely July 2 election trailing Labor in the latest Newspoll, as two-thirds of voters say reducing government spending must be Canberra’s priority.

Malcolm Turnbull yesterday reaffirmed his determination to go to a double-dissolution election if the Senate sticks by its vow to ­reject industrial relations bills, as the latest Newspoll, taken ­exclusively for The Australian, shows Labor maintaining its lead in two-party terms by 51 per cent to the ­Coalition’s 49 per cent.

Satisfaction with Mr Turnbull’s performance has fallen for the fifth consecutive Newspoll, and while he would enter a ­formal campaign still ahead of Bill Shorten as the preferred prime minister his lead over his Labor rival has halved since the start of the year.

Oh it’s on, from Mark the Ballot:

On Friday I reported that ReachTEL was at 50-50; and today it’s the Fairfax-Ipsos poll which is at 50-50. The best Fairfax reporting on this poll can be found in the Fin Review.

So, it is time to update the aggregation. Today’s Ipsos poll shifts the estimated national two-party-preferred vote share for the Coalition to 50.2 per cent. 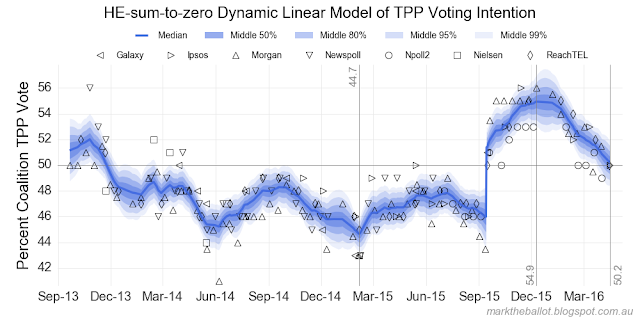 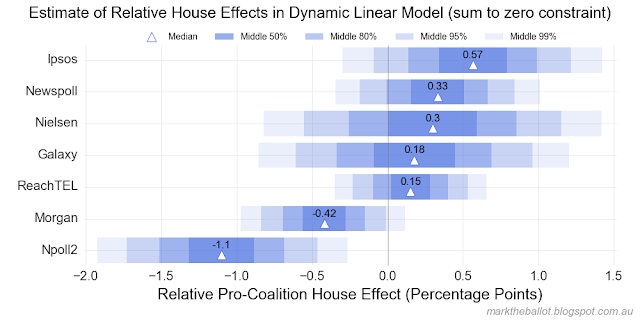 As usual, please note that these models embody a number of assumptions and methodological issues which need to be considered when interpreting the model output. For more information look here.Turning to the primary vote data. 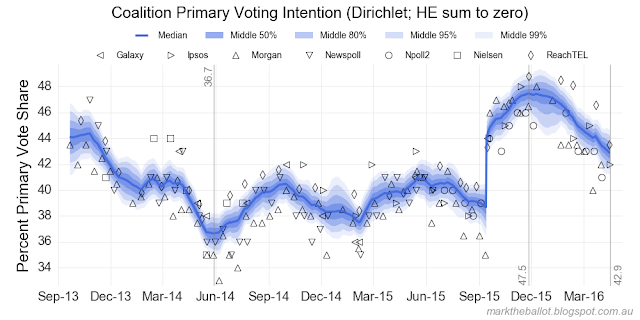 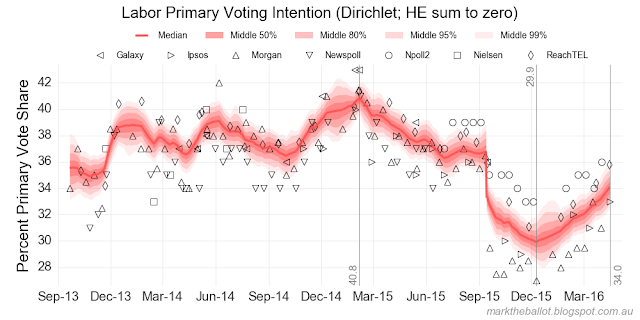 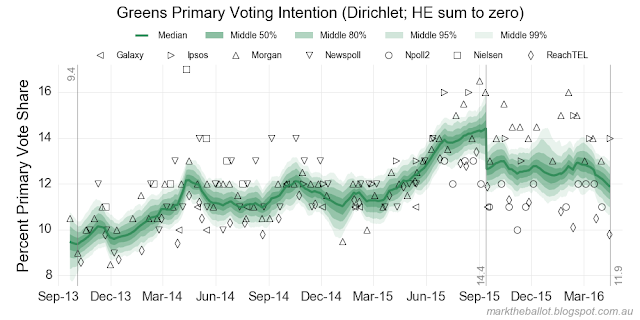 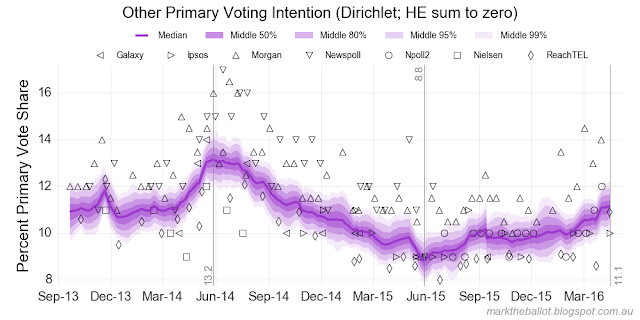 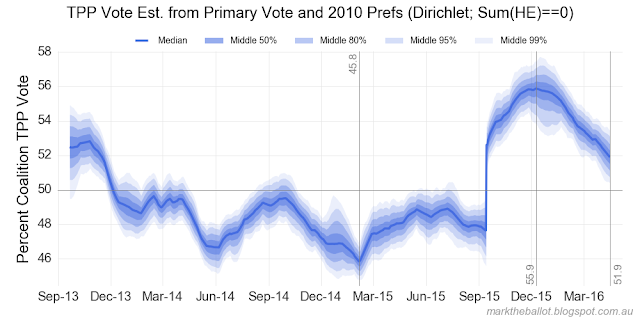 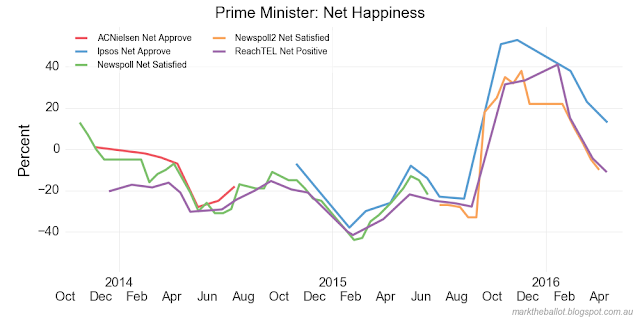 Which affects the aggregation of the attitudinal polling. 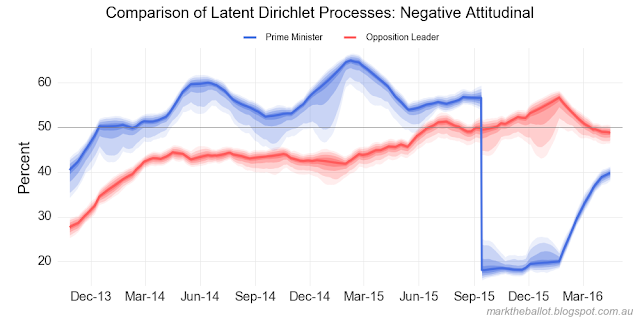 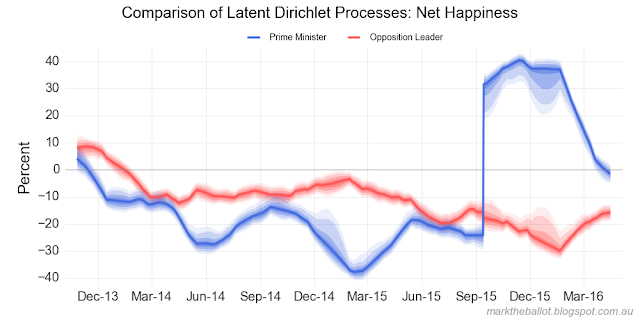 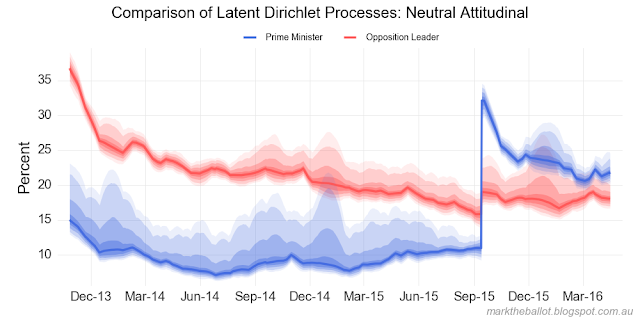 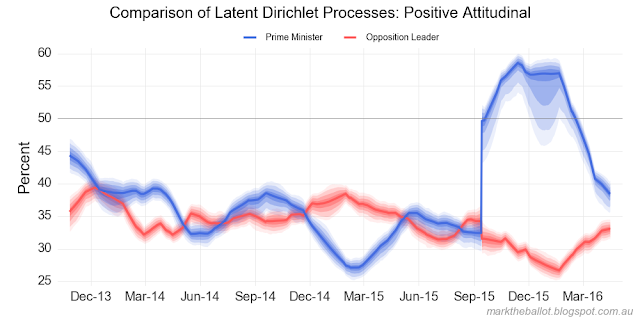 The Brick-with-eyes summed it up best when discussing the ABCC double dissolution trigger:

“I certainly won’t vote for it in its current form. I’ve always been a campaigner for a national corruption and misconduct watchdog and I think it’s a very relevant point. I don’t think we need to be attacking one particular sector, we need to be covering all misconduct and corruption.”

He said Mr Turnbull could lose the election.

From hero to zero in six months. Not even Kevin Rudd could boast that.

End of China travel ban one week away

So says The Australian: New health advice to the

At The Australian: Magellan Financial Group

Via the ABC: The Federal Government has

Via the AFR: A national royal commission into