China may have found the solution to elimination zombie companies: zombie disposal business.

There are some differences between China and the rest of the world though. 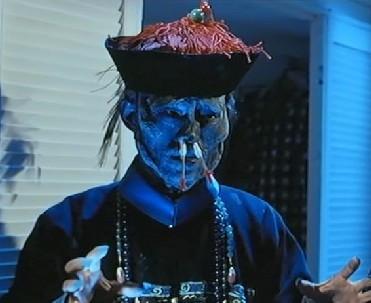 Economist Peter Coy defines zombie companies as those that have no way to continue to operate, but have not gone through bankruptcy, these enterprises use bank loans and government funding to survive.

However, this standard does not fully distinguish China zombie companies. As state-owned enterprise reform in the 1990s witnesses believe, zombies enterprise itself does not have a quantitative standard, it is difficult to make accurate statistics.

One popular model 1998 reform of state-owned enterprises is, rather than part of the restructuring of the overall restructuring. Joint impact of this reform model brought, although some high-quality assets will successfully spun off a new company was established, but the poor quality assets remain in the surviving companies. Moreover, the reform steps go, the faster the industries, regions and businesses, the existence of the greater proportion of enterprises. This part of the business, which is the predecessor of zombie companies.

The legacy of many decades of reform, now began to liquidate cancellation equally difficult. Zombie old body part business, the coexistence of the new body, old body to undertake a large number of bad debts and non-performing assets, and other social affairs and responsibilities, and continue to produce charges. In liquidation, cancellation, many debt, debt needed to resolve through litigation, longer disposal cycle, resulting in cancellation of the old body difficult.

The Economic Observer newspaper has learned that the number of local SOE zombie companies are more than at the national level, and there is no lack of zombie companies among listed companies. Downward pressure on the economy has made market-clearing urgent. This round of zombie companies to clean up not only to be eliminated excess capacity, and clear the clogging from the supply side, more importantly, from the mechanism on past irrational economic structure and economic policy to make clean-up, do not allow the zombie companies another opportunity to hibernate.

One popular reform model was to break the company in two, let the new company take good

assets and grow rapidly, while handling the disposal of the remaining bad assets. Where do the zombies come from?
Zombie companies appear not accidental. Years of research zombie enterprises SASAC research center Director Wang Jiang believes that zombies shell companies similar enterprises, except that a portion of the housing shell companies can also play a relevant role, but zombie companies are mostly state-owned enterprise groups attached to the body, and the Group the main industry is not associated with, resulting in the Group organizational system bloated and complicated.

By the end of 1997, the then state-owned enterprises, there are also a part of the hardship, the national state-owned and state-holding industrial enterprises and medium-sized loss-making enterprises had once reached 6599, a loss of 39.1%. Up to now, contains a number of inefficient assets invalid zombie companies, the number is not necessarily less than 18 years ago.

That year, three-year turnaround in order to deal with and solve 999.638 billion yuan of total liabilities, help account for the state-owned and state holding large and medium industrial enterprises of all liabilities of 28.8 percent of 6,599 large and medium state-owned and state-holding industrial enterprises tide over their difficulties, have invested at least 30 billion yuan.

Local provinces are starting to roll out zombie disposal policies:

Since opening in 2016, Gansu, Hunan, Heilongjiang and other places have home position, strict disposal zombie companies. Currently there are more than 110 households in Gansu Province enterprises are partially stopped, debt over 150 billion yuan. From 2016 onwards, Gansu will be disposed and closed down a number of “no competitiveness and profitability”, “resource-inefficient financial transfusion in particular rely on bank loans to survive,” more than “three years of continuous losses do not meet the structural adjustment direction “zombie companies.

Next, Gansu will dispose of zombie companies this year to resolve the overcapacity as “key point”, by shutting down the reorganization, capacity to participate in international cooperation to accelerate the intensive development and other ways to resolve excess capacity and will support in taxation, non-performing assets, unemployment re-employment and livelihood security and other aspects of policy programs disposal.

The Hunan practice will stop subsidies and protection in 2016, to achieve market clearing. According to the national deployment, Hunan Commission by letter as soon as possible to all walks of life zombie companies to thoroughly investigate and timely treatment. 2016 will be out of more than 1000 companies overcapacity.

Pain may be felt in the stock market:

It is worth noting that the current zombie companies nationwide, there are many listed companies. CASS Institute of Economics researcher Yuan Gangming said that in the book, published out of the financial statements show business still has a huge book contacts, such as large purchases, as well as production volume reflects the raw materials, but no cash flow.

Yuan Gangming said: “When the individual large corporate financing is particularly high, but the statements of listed companies, a large amount of debt is not reflected, these state-owned companies are very heavy, rigid, state-owned enterprises also causing low stock prices, because there is not enough cash flow and profitability supported only by lending countries invested a lot of money to maintain, the result can only be more to maintain the zombies. ”

“Some companies are their own problems generated by the problem of excess production capacity to push up to the macroeconomic situation, and finally by the government to support.” It is because in the past the role of market mechanism to play not large enough a role, too much government intervention, the market can not lead to timely clearing, triggering various structural contradictions. For example, some did not benefit the ‘zombie companies’, some places have to give loans to their teeth, give subsidies. “Yuan Steel confessed.

He used the steel industry for example, the larger steel companies can not sell more debt, but because a lot of money upfront investment, so that enterprises can not easily drained.

Yuan Gangming believes that once weaned off blood to zombie companies, not only bank loans can not be recovered, there will be a chain reaction, a large number of workers were laid off, the relevant association chain chain enterprises, many small companies that rely on large companies to eat will also encounter difficulty. Over time, simply turn a blind eye and let it happen.

Many steel stocks (as one example) are still trading at least double what they were going for back in 2013, even after the crash. A year ago these stocks were up several hundred percent and “good buys,” now the debate is how to totally shut them down without causing mass unemployment and knock-on damage to the economy.

He says without stimulus China’s growth rate will slow to about 6.5%:

Now we see the data, the economy began to pick up in the fourth quarter, but the next year will decline in the first quarter will decline in the second quarter also fell, down to which extent is it, if the efforts to ensure growth does not rise again, will down 6.5%, if, as the 2008 fourth quarter, again a four trillion, demand had changed. Under the existing policy efforts if the delay to the third quarter of this year will short-term stabilization, and then look to the future, depending on whether the structural reforms can really go forward.

As expected, the PBoC slashed its reserve ratio

The latest on the saga consuming Bridgewater is

Evergrande is back and not in a good way: The