Yep. Bank treasurers have clearly concluded that the risks to Australia’s long term interest rate structure are all down, despite current talk of rate rises. Here are the newly released RBA indicative deposit rates, which are collated on the last day of every month: 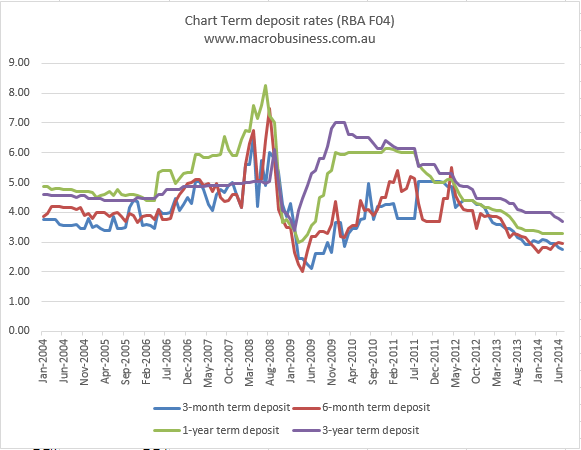 Falling across the curve, basically. Here are the RBA’s indicative loan rates for mortgages: Hardly fallen at all since Q2 2013 while deposit rate have done so. The RBA doesn’t do 5-year loans but that component of the market is so small that it’s irrelevant. In the larger parts of the market, banks are happily ramping their offshore borrowing while grabbing more margin, safely ensconced behind the myth of competition peddled by a media that marvels at single data points.

All things equal, you can expect an improvement in bank net interest margins which have been more or less stable since 2005.

From Justin Smirk at Westpac: The