Cross posted with permission from Mark the Graph:

DEEWR publishes monthly data on its payments. The April data was released Wednesday.

Based on this advice from Centrelink, it looks like two of these payment data series – Youth Allowance Other and New Start Total Recipients – can be added together and used as a rough proxy for the number of people who are unemployed (noting that the DEEWR payments data suffers from subtle and not so subtle series breaks as the eligibility requirements for payments change over time). 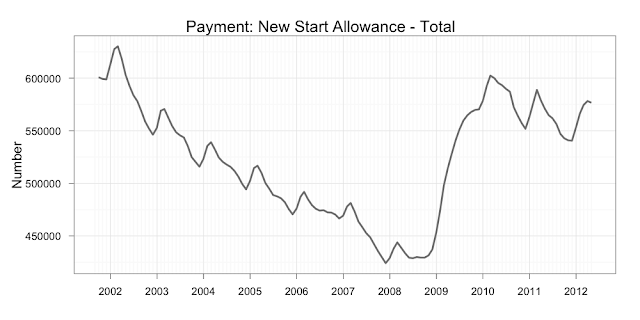 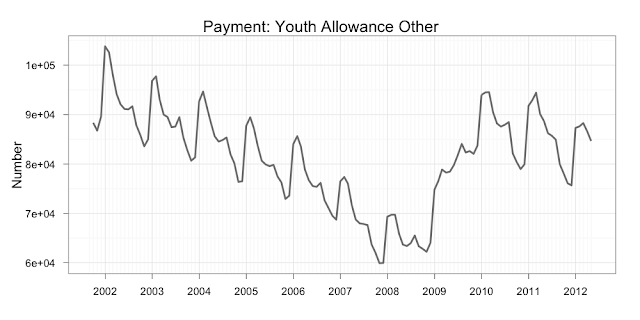 Collectively these series added together look like the following. 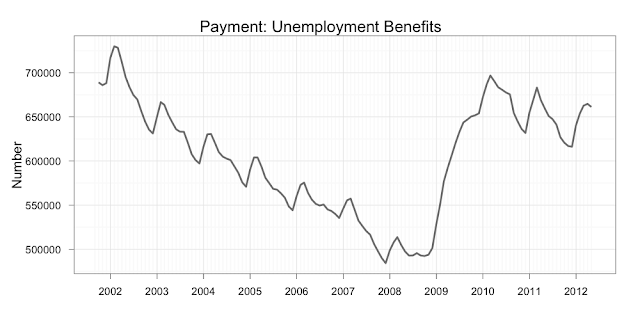 These unemployment payment figures compare with the original ABS count of the number of unemployed people as follows. 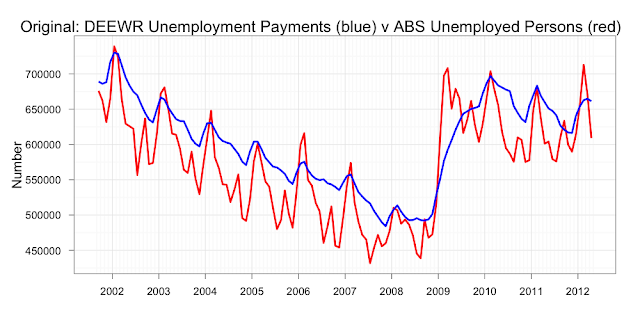 Applying a seasonal decomposition to the DEEWR data, we get the following trend and seasonally adjusted series. 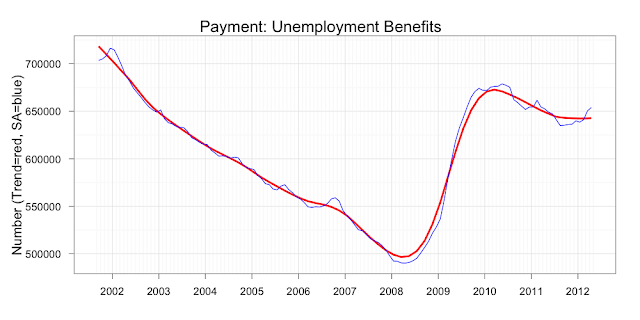 Looking at the seasonally adjusted series since September 2011, the number of unemployed persons on DEEWR payments has been rising. 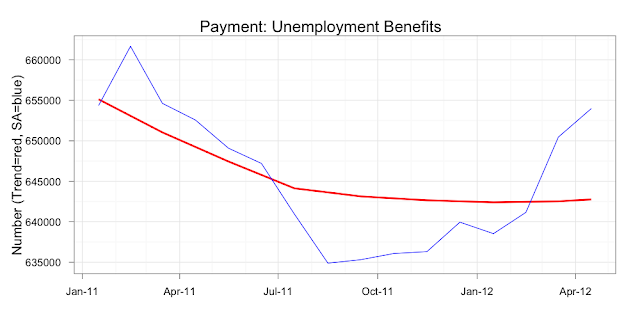 Interestingly, this is quite a different story from the last few months of the unemployed persons data from the ABS. 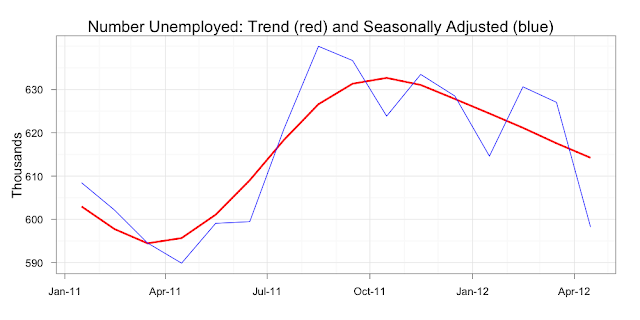 I am more inclined to favour the payments data over the labour force survey data as the best indicator on what is happening in the labour market. 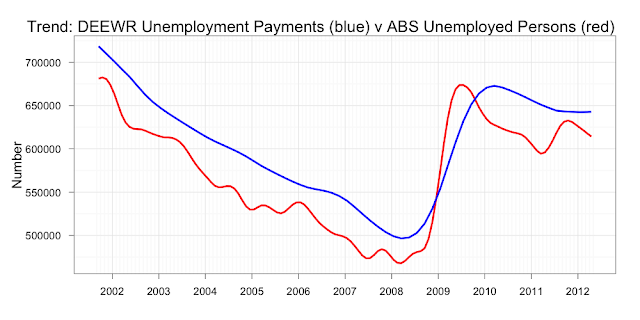 The trend monthly and annual growth of people on unemployment payments is as follows. 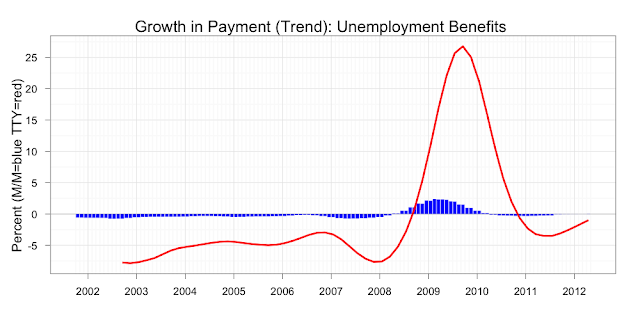 Just for the fun of it, let’s look at the most recent bit of that data in detail … unemployment benefits payments are trending upwards. 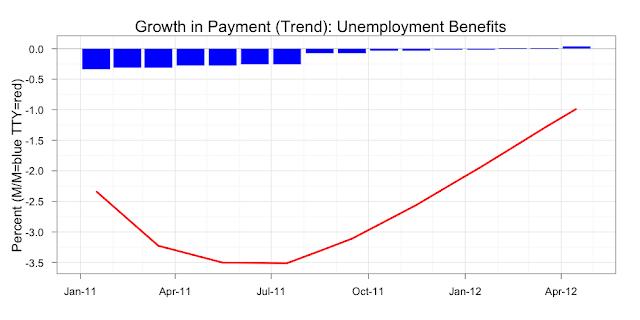 Thank-you: to the DEEWR Income Support Information Section for providing me with the payment statistics back to late 2001.