Cross posted with permission from Mark the Graph

At the risk of being labeled a pedant, I will return to Matt Cowgill’s chart from which he argued that full-time employment growth has been seriously failing to keep pace with population growth. Matt’s chart is as follows: 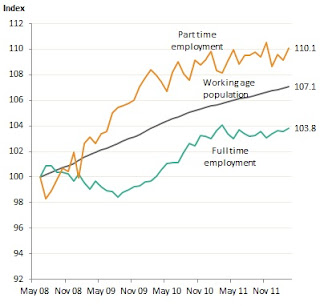 In response to my previous blog, Matt tweeted that his chart “… shows that even though there has been solid FT emp growth over some periods, FT emp has lagged pop growth since the GFC”.

At one level I agree. But I am not convinced the problem is as significant as Matt might be suggesting. If we look at the long run ratios for the number of people employed in full-time and part-time jobs to the population we get the following. 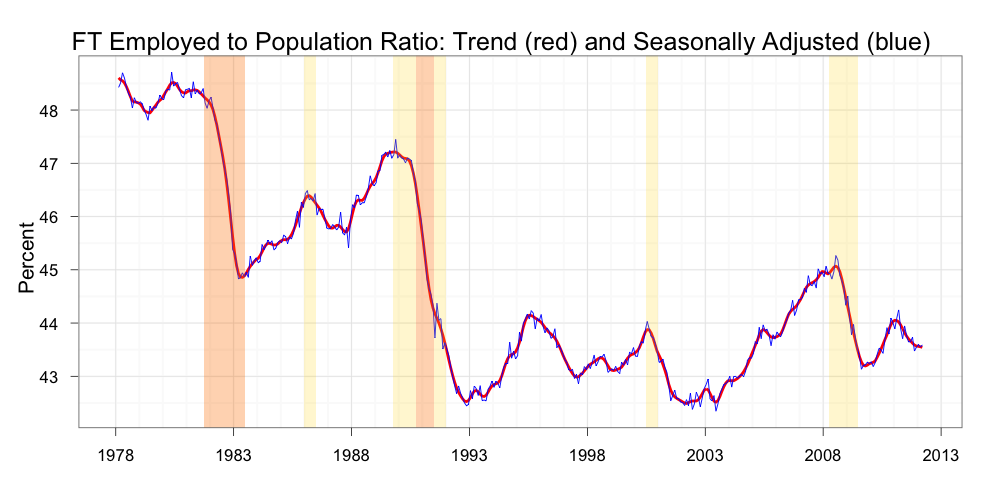 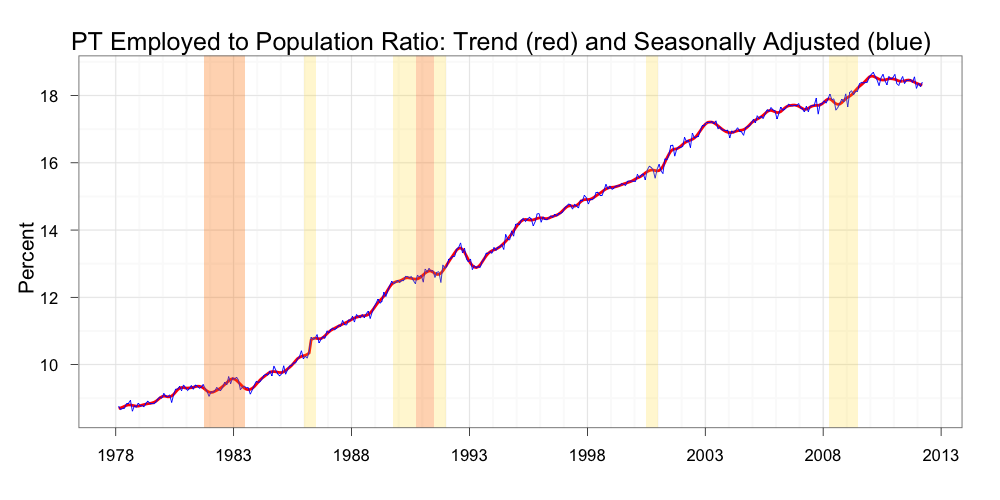 There are a few things I would note.

My guess is that we might just be on the cusp of a return to growth in the number of people in employment . The evidence is contestable. Nonetheless, there has been an up-tick in the trend series with the last print of the ABS monthly labour force. We have also seen an up-tick in the ANZ jobs vacancy series. If jobs growth returns and becomes sustained it should impact positively on the ratio of people in full-time jobs.