With the announcement of a Carbon Pricing policy by the Government recently, combined with the formation of ARENA, a $3.2 billion agency to consolidate renewable energy industry support and given that the purpose of MacroBusiness is to give you the bigger picture, here is a (non-exhaustive) list and short summaries of renewable energy companies that are listed on the ASX and are likely to benefit (market price and/or bottom line).

Even before both announcements, the prices of these companies have experiencing substantial gains, as seen in the charts at the bottom of the post.

A more thorough evaluation of these companies will be forthcoming as the new carbon price changes their ability to raise funds and a probable increase in their Return on Equity (ROE) through increased profitability.

Enviromission (EVM)
EnviroMission started work on development back in 2001 with a search for the best possible site for the world’s first Solar Tower power station.   A site was selected at Buronga in the southwest corner of New South Wales, on a former wheat and cattle station known in the district as Tapio Station, 23km north of Mildura. Whilst EnviroMission now expects the first Solar Tower will be developed in the USA, it is felt international development will provide important leverage to increase development prospects in Australia.

Dyesol (DYE)
Dyesol’s technology is based on the DSC, a 3rd generation photovoltaic technology. Compared to conventional silicon based photovoltaic technology, Dyesol’s technology has lower cost and embodied energy in manufacture, it produces electricity more efficiently even in low light conditions and can be directly incorporated into buildings by replacing conventional glass panels rather than taking up roof or extra land area.

Geodynamics (GDY)
Geodynamics Limited was formed solely to focus on developing renewable geothermal energy generation from hot fractured rocks (HFR) in Australia. Extraction of geothermal energy relies on existing technologies and engineering processes.  Geothermal is the only known source of renewable energy with a capacity to carry large base loads.

Petratherm (PTR)
Petratherm Ltd is an Adelaide based leading explorer and developer of geothermal energy actively involved in projects in Australia and overseas, being the first geothermal company to formally develop conventional, EGS and direct heat energy (supplying hot water) projects in Spain.  Most recently, Petratherm entered into a landmark, exclusive agreement with four key Chinese geological/geothermal institutions to undertake a co-operative assessment to identify prospective geothermal projects in China.

The Quantum story is based on innovation and the quest to harness renewable energy to produce sustainable hot water. The technology has been progressively developed, and Quantum now  produces hot water heaters, pool heaters as well as residential, commercial and industrial building heaters. 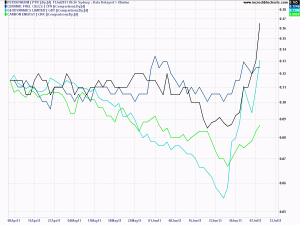 Disclosure: The content of this post should not be taken as investment advice or construed as a recommendation to buy or sell any security or financial instrument, or to participate in any particular trading or investment strategy. The views expressed are the opinion of the author only. The author does have positions in some of the securities mentioned. Any action that you take as a result of information or analysis is ultimately your responsibility. Consult someone who claims to have a qualification before making any investment decisions.

I love predictions, especially about the future,

2022 could be the year Tesla goes Teracap

After the abject failure of COP26, two startling

There is no lie that the Liar will not