The lead from overseas markets – where the Dow fell slightly, but the broader S&P500 and NASDAQ fell sharply (1.5% plus) – has not translated into similar falls. However, the drop below the critical 4700 support level means the next target zone is around 4500 points – or a 10% correction from the April highs.

The pattern on the weekly charts remains similar to the May 2010 correction. A double top formation after hitting resistance at 5000 points – any further weakness of overseas markets could see an overshoot of the correction to 4200 points. 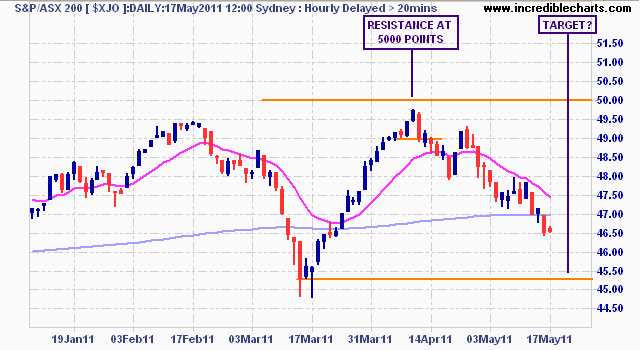