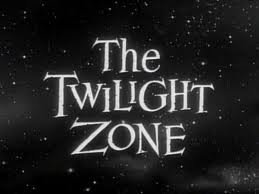 I am starting to think I have woken up in the twilight zone. Something very odd seems to be suddenly happening in the Australian mainstream media. Last week the Unconventional Economist posted about the MSM’s foray into anti-REIX journalism with a well researched opinion piece about the failings of negative gearing.

Today I note that Fairfax has done it again with another opinion piece in BusinessDay by Saul Eslake. This time it is a big swipe at another sacred cow – first home buyer’s grant schemes.

It’s hard to think of any government policy that has been pursued for so long, in the face of such incontrovertible evidence that it doesn’t work, than the policy of giving cash to first-home buyers in the belief that doing so will promote home ownership.

Governments have been providing cash handouts to first-time home-buyers since 1964 – almost half a century. Yet, strikingly, the home ownership rate has never been higher than the 72 per cent recorded at the time of the 1961 census, three years before the first of these schemes began. At every census since then, it has fluctuated between a low of 68 per cent (in 1976) and 72 per cent (in 1971). At the past two censuses (in 2001 and 2006) it stood at 70 per cent.

In other words, the billions of dollars spent on cash grants to first home buyers (and for the first nine years of the First-Home Owners Grant Scheme’s operations, expenditure on those grants exceeded $10 billion) have spectacularly failed to achieve the objective of increasing home ownership rates.

Well I would not be as naive to suggest, at least in the last decade,  that these grant schemes had anything to do with increasing home ownership for the younger generations.  But maybe that is just my own contrarian opinion.

It is pretty obvious why. Cash grants and other forms of assistance to first-time home buyers have served simply to exacerbate the already substantial imbalance between the underlying demand for housing and the supply of it – an imbalance which, according to the National Housing Supply Council, amounted to a shortfall of more than 200,000 dwellings as at June last year. In those circumstances, cash handouts for first-home buyers have simply added to upward pressure on housing prices, enriching vendors whilst doing precisely nothing to assist young people (or anybody else) into home ownership.

In other words, policies which added directly to the supply of housing worked. Policies which have, in effect, added only to the demand for housing (or, more strictly, increased the amount which people can afford to pay for housing), have conspicuously failed.

I know that last paragraph is certainly not a revelation to many of our readers, but it is quite satisfying to see it printed in a MSM newspaper when it is something Leith, myself and others have been posting about for a long time.

Why, then, have governments persisted with policies which have so miserably failed to meet their ostensible goals? The answer is, surely, that since about 70 per cent of Australians live in homes which they (or members of their immediate family) already own, policies which make them feel richer (by inflating the value of what for most of them is their most important single investment) are much more popular than policies which might allow the small minority of Australians who don’t at present own their own home, but would like to, to join them.

If governments really wanted to do something about housing affordability, they would abolish cash grants to first home buyers, and ”quarantine” tax deductions for interest paid by landlords to the value of the rent received in any given financial year (with any excess carried forward against the capital gains tax liability when the property is sold), and use the resulting savings to assist local governments to reduce upfront charges imposed on developers, and in various other ways increase the supply of low-cost housing.

But I’d put more money on the chance of Andrew Demetriou becoming an enthusiastic supporter of a Tasmanian team in the AFL. And even more on the chance of Ireland making the next round of the cricket World Cup.

Well I am not so sure about that. Here in the Twilight Zone I am getting the distinct feeling that things are starting to change. The fact that this article made it past the editor’s desk and into print is another good first step. It may well be that there is much more support for housing policy changes than Saul and the government realises. Something that is set to continue as the younger generations become more and more political active about these policies and their inequitable effects.